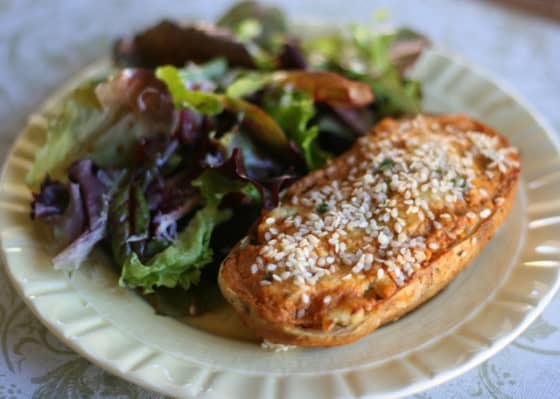 After all the pie and Nutella (um… the jar is half gone and it’s only been three days!) I think my poor blog needs a detox. How about a vegetarian Indian detox? I’ve got two recipes this week that are Indian-inspired and absolutely delicious. This first one is supposed to be an authentic Indian dish that is typically cooked over a BBQ grill, but I adapted it to my oven. I think the best way to describe them is Indian-style twice baked potatoes.

Would you believe this is only the second time I’ve made twice baked potatoes? It’s a little blasphemous, having grown up in Idaho, I know. Wanna know what happened the first time? I wrapped the potatoes in foil (my mom always did that when she made baked potatoes) and they ended up steamed with skins that peeled right off. Ya, try scooping the potato pulp out of those “shells”.  Oops. That night we had some killer mashed potatoes instead. 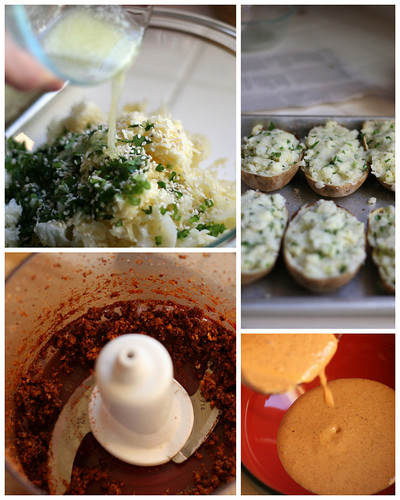 I’ve had this recipe in my file for over a year. I’m not sure what drew me to it, but whatever it was, I’m glad it did. And every time I would browse through looking for something to make, I would think, “Ugh. . . twice-baked potatoes are SO much work!” Know what? It wasn’t that bad. And it’s one of those great time management recipes that can be made over the course of an entire day (or two days even), doing a little here and there when you get a few minutes to spare in the kitchen. 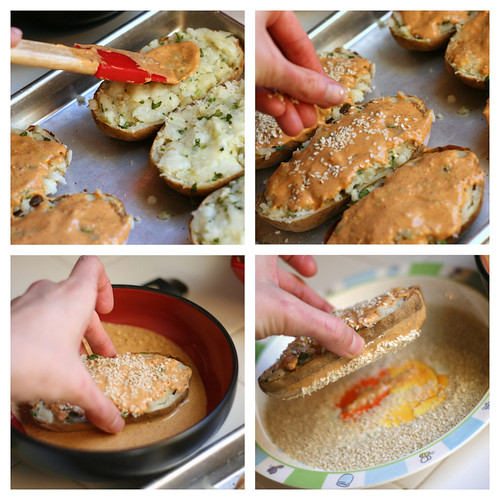 The only thing I would change about these is getting more paste and seeds on the potatoes. See up there? They get smothered in the yogurt-spiced paste and dipped in sesame seeds (top and bottom). The potatoes already had a lot of flavor, but that outside crust added SO much.I thought these potatoes would have a stronger “Indian/curry/spicy” flavor, but they don’t. Like I said, they were full of flavor, but it wasn’t the flavors I was expecting. It’s a little hard to explain. Anyway, all of my little guinea pigs loved these, and they were even great the next day for lunch! 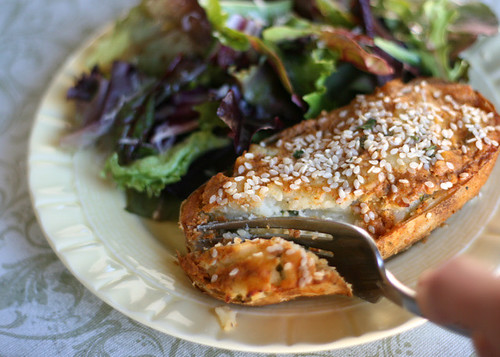 Nat's Notes:
1. These potatoes were cooked on a grill in the original recipe. 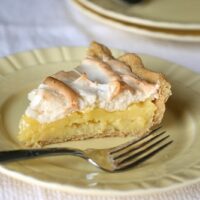 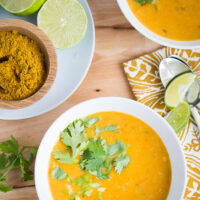 I just made these for the second time this week and they were delicious. I won't bother with the dipping the bottom next time, though. A mess :)

This recipe looks great! I will have to try it. I just wanted to mention that Fenugreek leaves go REALLY well with potatoes. I like to add Fenugreek to any potato dish especially scalloped potatoes (from the box) and breakfast hash. It is used in making cheap "maple" syrup and is perfect for breakfast... or anytime.

Thank you so much for the tip! You know, fenugreek is one thing that I've never tried. I think I was tired of having to buy more ethnic spices, so I drew the line. Haha. Sounds like I really need to add that to my collection.

I like the spices in this twice baked potato!

I am finding so many great recipes on your site. This is my first visit and I love all the curry. I'll be trying out a few of your recipes soon!

I really need to cook with more indian spices and flavors. They are so tasty and I think my family would eat these up.