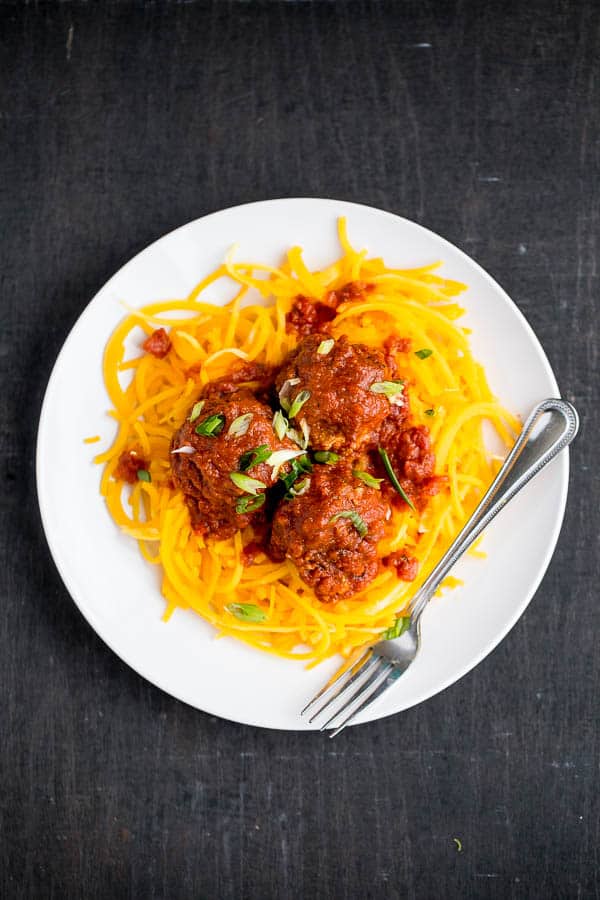 Tell me that you don’t think of Lady and the Tramp when you see a plate of spaghetti and meatballs — especially around Valentine’s Day. I always thought that was an odd choice for a fancy date dinner, but maybe dogs eat spaghetti and marinara more gracefully than we do. Well, cartoon dogs, at least.

Did I ever tell you that I think of Marge Simpson whenever I pull out my oregano? Ah, Simpsons. 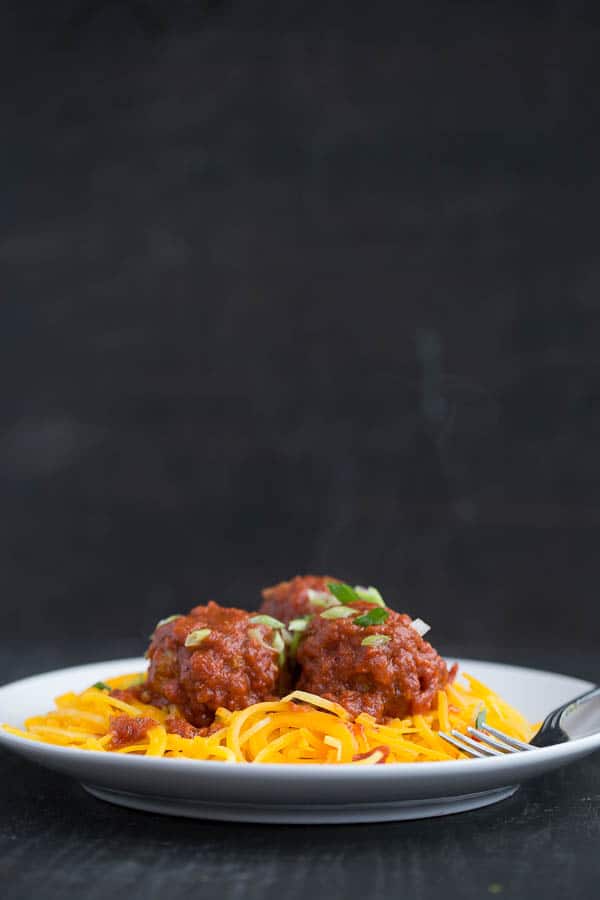 Well, if you DO want to have spaghetti and meatballs for a romantic Valentine’s Day dinner, I congratulate you on the comfort level in your relationship. 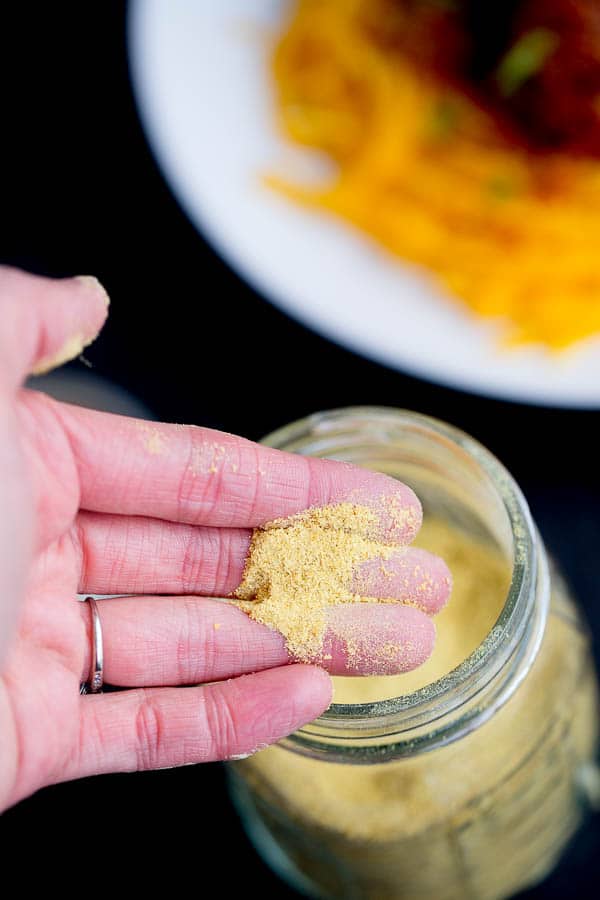 Also, have you ever used nutritional yeast? It adds a “cheesy” kind of flavor, and I always dig into it when I’m doing a round of Whole30 or I’m developing a dairy-free recipe. (You know I’ll never break up with cheese forever.)

What is it exactly? Dehydrated deactivated yeast. Sounds appetizing, right? I was a lukewarm about it for a long time until I started using it during my first round of Whole30 and in recipes in my cookbook. I quite like it now! 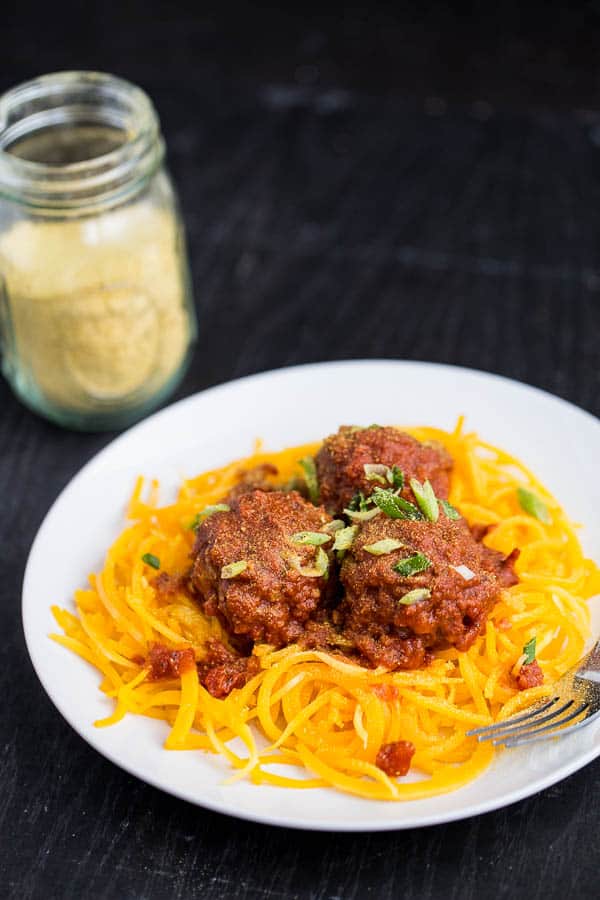 Also, butternut squash noodles are probably my favorite squash noodle. They have a little more heft to them than zucchini noodles and a little sweetness. Just a heads up — if you boil them they overcook REALLY easily and you end up with vermicelli.

Here’s another paleo meatball recipe over at Bless Her Heart, Ya’ll — Paleo Turkey Meatballs. They look amazing cooked in a sesame-ginger sauce! Just omit the honey to make it Whole30 compliant.

If you’re wanting something else a little more exotic, try these Korean BBQ Meatballs at This Mess is Ours.

1. Nutritional yeast is dried, deactivated yeast that has a sort of "cheesy" flavor. It's a great dairy-free/vegan alternative for that sprinkling of cheese you might miss if you happen to be abstaining.

2. If you don't have a spiralizer, just slice the squash into thin "planks" and then cut them into very thin strips.

Disclosure: This post contains an Amazon affiliate post. Purchases made by using these links don’t cost you any extra and provide Perry’s Plate with a few pennies. 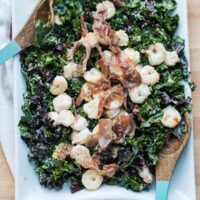 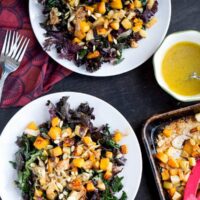 I want to try this so soon! Hey do you have a favorite pasta sauce brand? I have a tough time finding a brand that doesn't have sugar in it! I usually end up just making my own (not always a bad thing) but would love a quick pantry staple.

Hi Sophie! I like Costco's Kirkland Organic Marinara. It's very clean, sugar-free, and tastes great, too. I always have several bottles on hand!