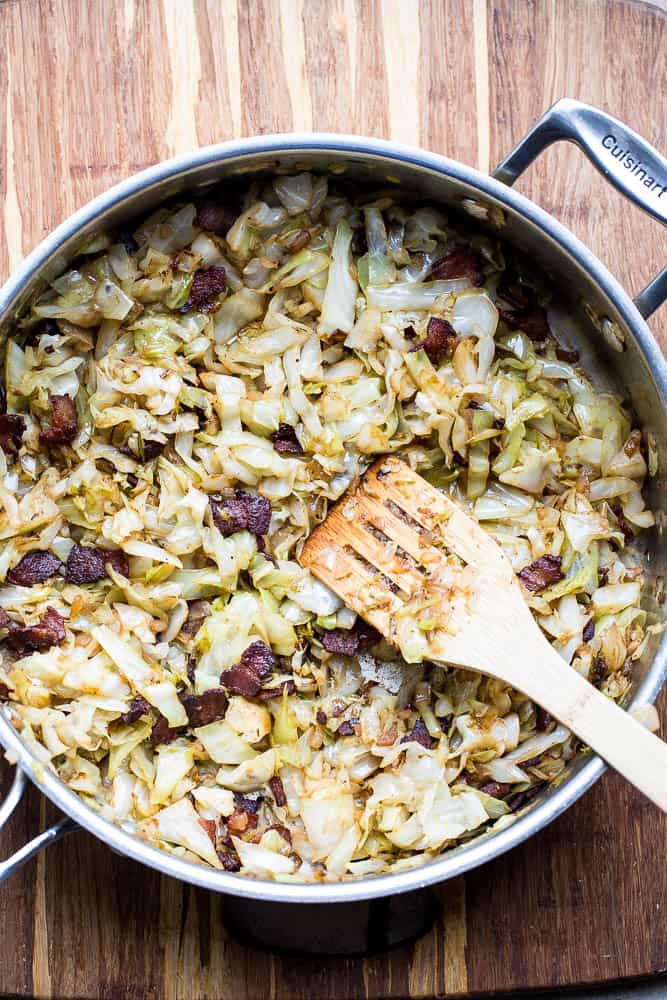 This caramelized cabbage & bacon recipe is one of those thing I think I’d eat if I lived alone. If you don’t live alone, do you think about stuff like this?

I’d have FAR fewer dishes, that’s for sure, and never two dozen plastic IKEA cups in the dishwasher. And I’d never have ketchup in the fridge. (Ew.)

If by some miracle I happen to be alone, I usually just grab whatever leftovers are in the fridge or scramble some eggs.

Or make this caramelized cabbage and bacon and throw some fried eggs on it. YUM.

I experienced this for over a year when I lived alone during Steve’s deployment, pre-kids. In some ways it was nice to come and go and eat as I please.

But, I was always anticipating cooking Steve stuff that I really loved, and I loved having friends over to eat. I just love feeling people.

Yeah, kids are messy and picky and don’t always listen, but they’re fun to have around most of the time. It’s one thing to whip up something a bunch of adults enjoy, but an entirely different feeling of accomplishment when you do it for a group of kids — especially if what they’re eating is good for them and the actually enjoy it.

That’s the ultimate high right there.

That high didn’t happen when I made this caramelized cabbage and bacon. I figured with as much bacon in this I might win them over, but… nope. The littlest liked it, but the girls totally shut me down.

The good news is that I had plenty leftover for lunches the rest of the week. 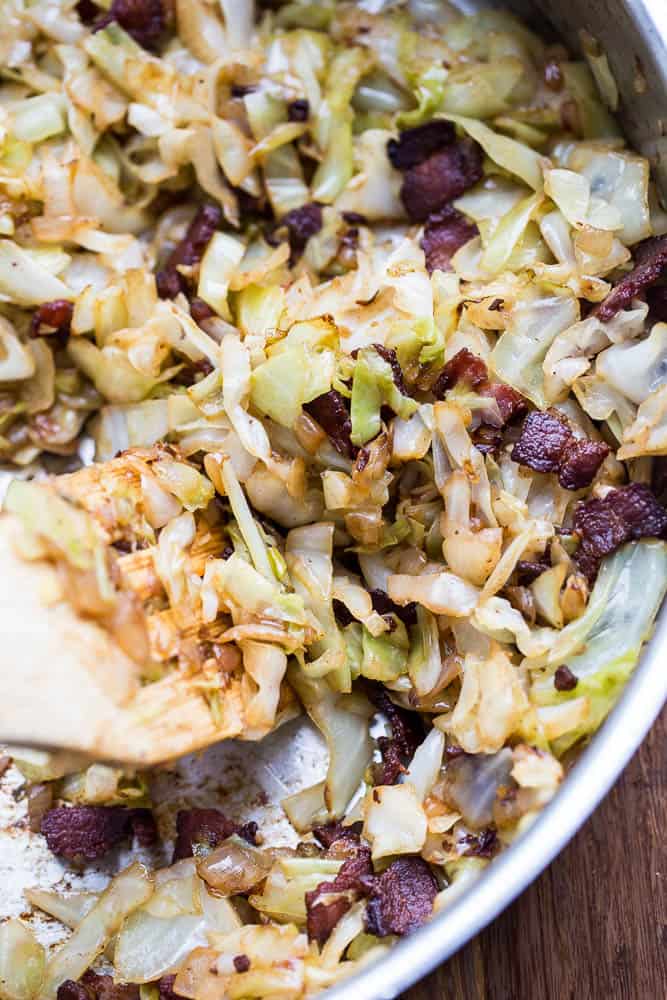 How do you caramelize cabbage?

If you’ve caramelized onions, it’s similar in method, but it doesn’t take quite as long.

Cook it for along time over medium heat until the cabbage softens, wilts, and develops deep golden brown spots.

Unlike onions, caramelized cabbage doesn’t turn quite as sweet, but if you add some chopped onions to your cabbage you’ll caramelize those right alongside the cabbage and it adds a nice little sweetness.

And the bacon adds some intense saltiness and you end up with a pan of the most delightful peasant-type food.

Nat's Note: This can easily be made ahead of time and warmed immediately before serving. 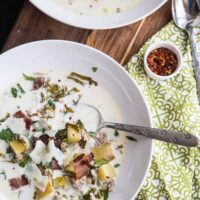 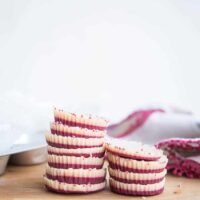 Can I add Brussels Sprouts to this recipe?

Sure! That would be delicious.

Thanks so much. I made tonight and it was delicious! I followed the recipe exactly.

Thanks Andy! So glad you liked it!

Thanks for the recipe. I'm going to make it. Question: should the skillet be covered during the 30 - 40 minutes cooking on medium heat?

Either way. If you find that it starts to get dark quickly, reduce the heat and cover it. If the liquid coming off of the cabbage isn't cooking off, then leave the lid off.

I am relieved to hear that I am not the only one who is met with resistance for her children. But, the high is so great, we have to keep trying. ;-)

Right? I think it's definitely a motherhood solidarity thing.