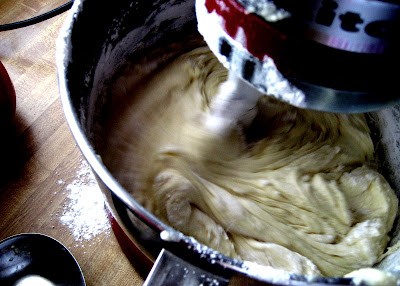 Hey there! You may be wondering what this indulgent strawberry layer cake recipe is doing on a paleo-ish food blog. Well…. it dates back to when I wasn’t a paleo-ish blogger, and it’s my FAVORITE white cake for birthday cakes. And it’s apparently one of your favorites, too, because it’s been flying around Pinterest like crazy for the past few years.

Eventually I’d like to clean it up and make it (at least) gluten and dairy-free, but in the meantime it’ll stay and have a home here on my blog as totally-worth-it recipe we’d indulge in. It makes a pretty spectacular birthday cake.

My little girl turned two a couple of weeks ago, and we had a bunch of her little friends over to celebrate (as well as their families. It was quite the shin-dig.) I needed a large cake so everyone could have some, and after the chocolate cake fiasco* from her first birthday, I wanted to try something in the fruity spectrum. Plus Sophie’s crazy about strawberries so I thought she’d love this strawberry layer cake.

*Last year she ate chocolate cake by handfuls, broke out in a rash from getting it all over herself, then threw it all up an hour later. Happy 1st Birthday! 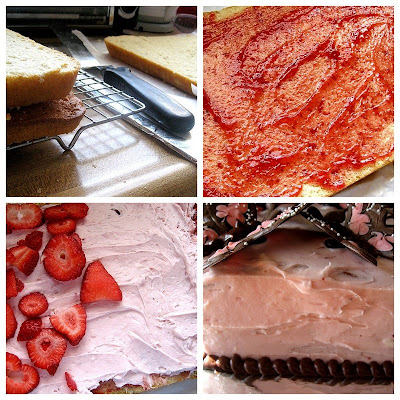 Hint: Refrigerating the cake for a few hours makes it LOTS easier to cut into layers. I also use a long bread knife which makes it easer, too. 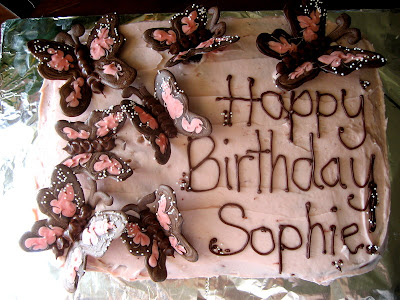 This was the first time since my cake decorating class over a year ago that I used my frosting bag and tips. Writing on cake is not my forte. Don’t even talk to me about cursive — think: Jackson Pollack. It’s a hot mess. Truly.

Sophie is also crazy about butterflies, and those weren’t too hard to make. The cake turned out delicious!! I think it’s one of the best vanilla cakes I’ve ever had that wasn’t a pound cake. The frosting was fluffy from the whipped cream and had a hint of strawberry cream cheese flavor. After we refrigerated the leftovers and ate it the next day we decided that it was even better chilled. 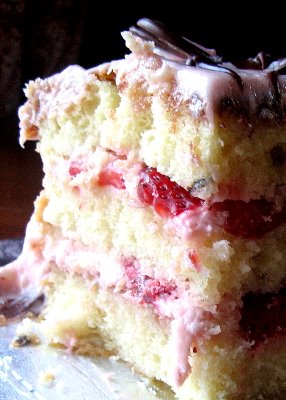 I tried desperately to get a good shot after the cake was ravaged. It looks like someone got to this side with a fork. *twiddles thumbs and looks away*

[Updated 5/2018] This vanilla cake has been turned into all kinds of things over the years — a coconut-frosted cake for my grandpa’s 80th birthday, a blueberry My Little Pony version for my 5-year-old, and a pink ombre rose cake for that same girl’s 9th birthday.

More recently (May ’18) it became a multi-colored edible version of Hogwarts. My 11-year-old (again, same girl) desperately wanted a Hogwart’s Birthday Cake for her Harry Potter Birthday Party, so I happily obliged… 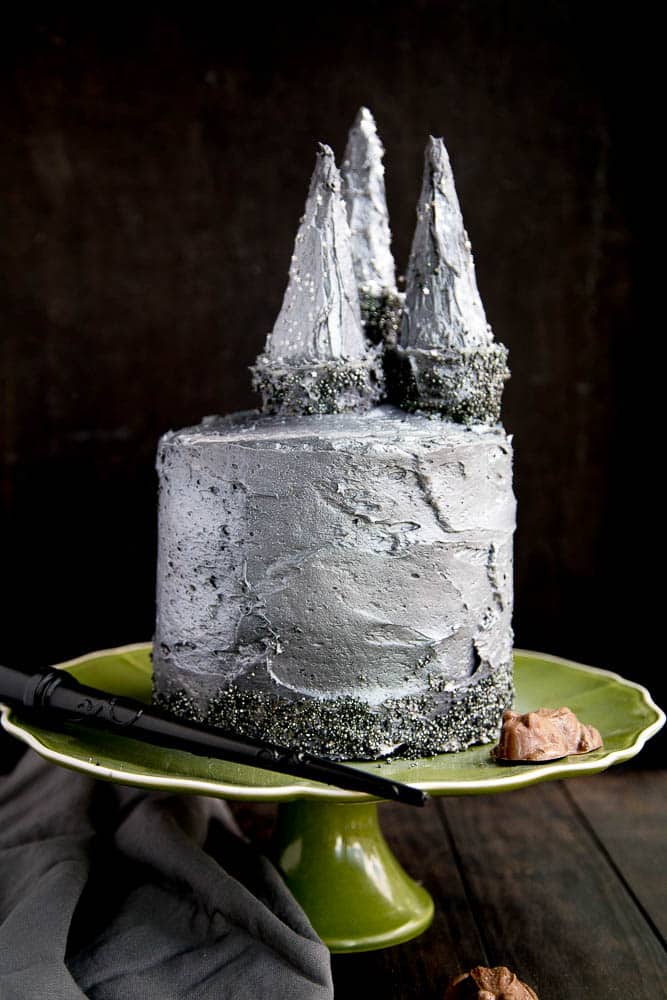 I’m not a cake decorator, so don’t ask me for detailed instructions for this. I used two kinds of ice cream cones for the turrets (the bottoms trimmed on a couple to make them different heights), and various shades of gray vanilla buttercream and Wilton’s silver/black sprinkle pack. Oh, and silver food spray, because when we veer off the paleo path, sometimes we go far. #yolo

See those chocolate frogs?? So cute, right? I just got an inexpensive frog mold on Amazon and used good quality melting chocolate. 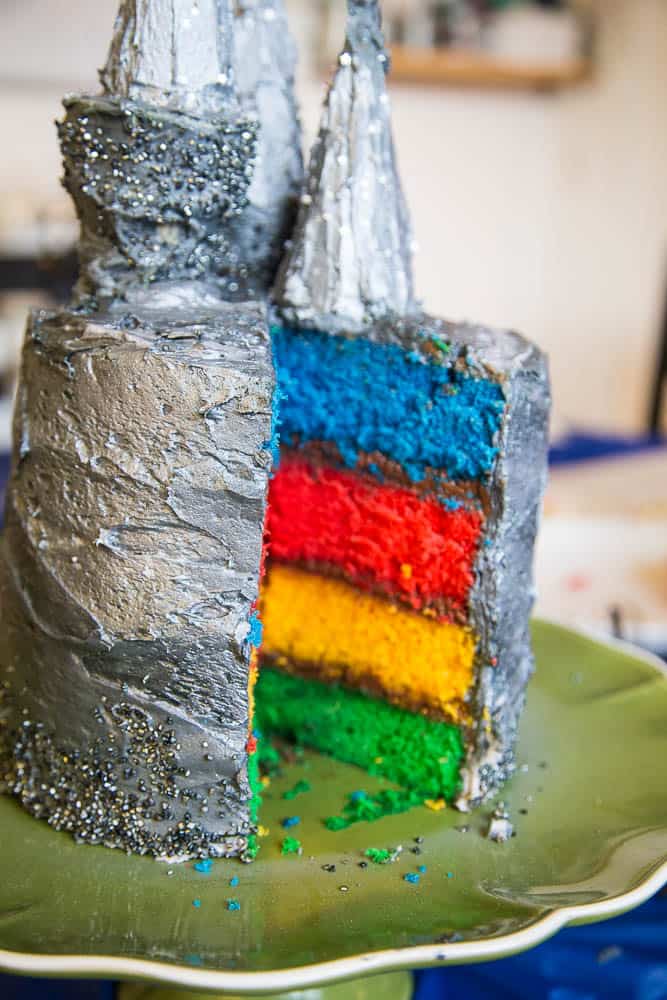 The inside layers were colors to represent all of the Hogwarts houses and layered with chocolate buttercream. This was probably the best job I did at getting all of the layers evenly sized. I used a 7-inch round pan and put 450g of batter in each layer. 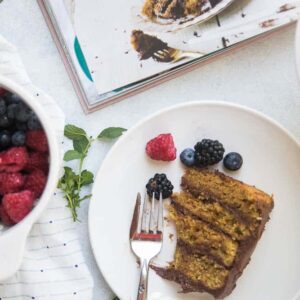 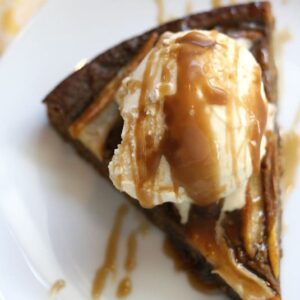 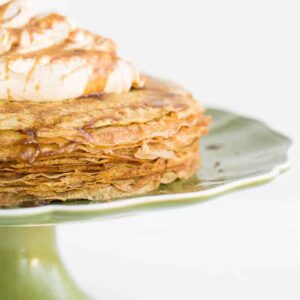