Hey there! You may be wondering what this recipe for S’more Layer Cake is doing on a paleo-ish food blog. Well…. it dates back to when I wasn’t a paleo-ish blogger, and it’s one of our favorites.

Eventually I’d like to clean it up and make it (at least) gluten and dairy-free, but in the meantime it’ll stay and have a home here on my blog as totally-worth-it recipe we’d indulge in. 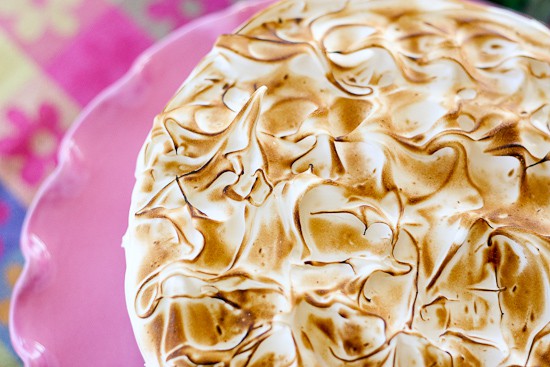 If you’ve been reading my blog for a while you’ll know that even though we’re pretty clean eaters, we like to indulge on birthdays. We also take our birthday cakes very seriously.

Birthday cake planning is talked about year-round, and the girls have cakes planned out until they’re tweens.

Luckily girls are fickle, so I don’t have to make my shopping list until a couple weeks beforehand, which is usually when they change their minds.

My marshmallow-obsessed middle child turned four over the holiday weekend, and for the past month or so she’d been requesting a s’more birthday cake.

Just a couple weeks after she’d made her decision, I got Deb Perelman’s book, The Smitten Kitchen Cookbook, in the mail. 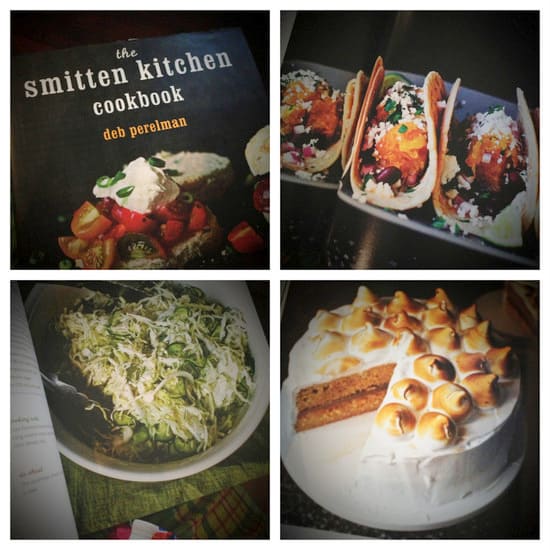 See that cake up there? It’s Deb’s S’more Layer Cake. I almost died when I saw it. No, really.

This week we also tried those tacos (spaghetti squash and beans!) as well as her vinegar slaw with cucumbers and dill. Those were especially good after the rich, Thanksgiving food we’d been eating all weekend.

Nothing like a bowl of lightly pickled cabbage to set you back on track. I actually loved it, though, and it was a surprisingly good addition to those tacos. 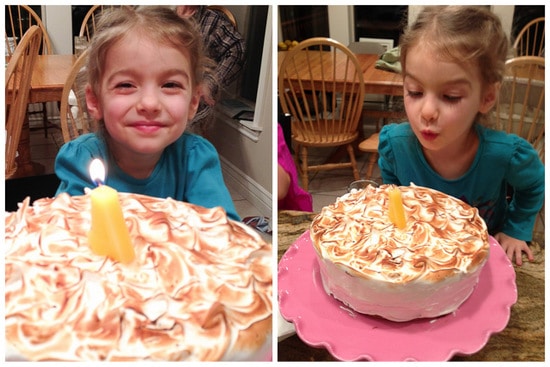 Alright, back to the cake. I packed my kitchen torch and a number four candle and made the cake up at my parents house over the weekend. My little miss was so excited!

We were, too. That cake was TO. DIE. FOR. The cake part tasted just like graham crackers, and that meringue smelled just like roasted marshmallows when it was torched.

The only thing I’d do differently is make more frosting (I didn’t feel like it made enough to make those dollop things in Deb’s photo), and use dark chocolate in the filling instead of milk chocolate. 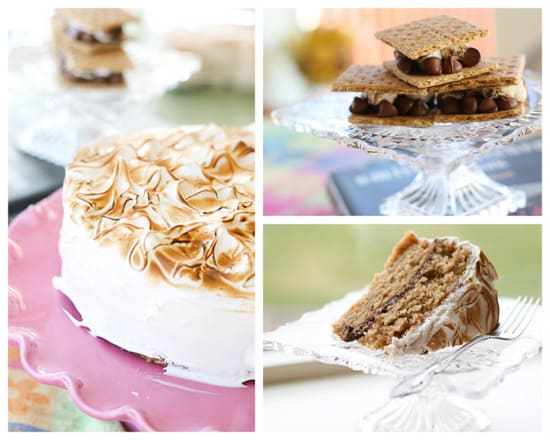 The Smitten Kitchen Cookbook is pretty amazing, guys. That was kind of a given, though. Smitten Kitchen was one of the first food blogs I started reading, and Deb always delivers. Always.

A few food bloggy friends also felt that way, too! For more gushing over this book and some rockstar recipes go to…

Eat Your Heart Out for Plum Poppyseed Muffins (plus its Stephie’s birthday today! Happy Birthday Stephie!)

Nat's Notes:vI should have used parchment in my pans, but I didn't. A few chunks came out of the tops, but with the fluffy frosting, you'd never know. Honestly, I secretly like when it does that because I get to taste more of the cake.

Disclaimer: I received a free copy of The Smitten Kitchen Cookbook from Alfred A. Knopf Publishing, but all opinions shared are my own. Like always. 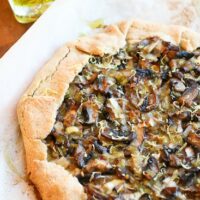 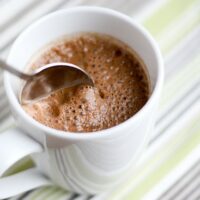 Made this last night to take to a friends house. It was great! Cake is dense, more like a zucchini/banana bread, lots of chocolate. I would recommend that you refrigerate cake after putting on 1/3 of chocolate, again after next third, and again after last one, before putting the top layer on and refrigerating again. The frosting is delicious. I just did swoops on the top and waited till just before we ate it to torch it. It was beautiful and tasty...lots of rave reviews. Would recommend.

I'm glad you enjoyed it! Thanks for the tips.

Hello, I want to subscribe for this webpage to obtain most up-to-date updates, so where can i do it please assist.

Are around Sound: Professional Set up Or Sauna Equity?

i plan to make this cake this weekend for my son's 5th birthday. i would like to make it (or parts) in advance (like 1-2 days), since i have lots of other food to prepare the day of. any tips on what components can be made in advance? i didn't find any suggestions in the book and i don't bake cakes often enough to have good judgment. thx

thanks. i knew i could make the cake in advance and the ganache in advance, but i wasn't sure about that meringue-like frosting, if i would keep. would you suggest assembling the cake and frosting the day of, or can i assemble in advance and frost the day of? i would like to do as much as i can in advance, but without trial and error, i just don't know what time would do to the assembled cake. would it be better or worse for flavor and texture? also, just an fyi for you, i had gone through this cookbook first, spotted the cake, and googled for anyone who has tried it for "cook in advance instructions" and your site came up. i'm also curious about paleo too, so i'll be poking around your site ...

Yum! You'll love it. The cake can definitely be made ahead of time. Just wrap the layers in plastic wrap and store in the fridge. I believe the chocolate filling can, too, but let it sit at room temperature for a few hours before assembling the cake. The frosting you'll need to do the day of. Good luck!

There's no cream of tartar measurement in the frosting recipe.

Oops! Sorry about that. It should read 1/4 teaspoon of cream of tartar. I'll fix that right now.