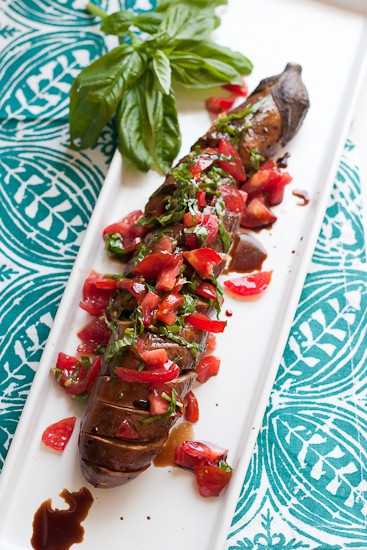 Confession: I have never hasselbacked anything until now. Not even potatoes, which is weird because I really, really love potatoes.

I think hasselback potatoes might fall into the same category as twice-baked potatoes being really fussy and time consuming. Sometimes I’m in the mood for fussy, but not usually.

So ya, eggplant. I had this Japanese eggplant sitting in my fridge (which I bought for a photograph and had no other plans for) and one afternoon I was feeling munchy. My littlest Little had gone down for a nap and the older two were quietly reading. (Um, my favorite part of the day. I just wish it lasted 6 hours instead of 2.) 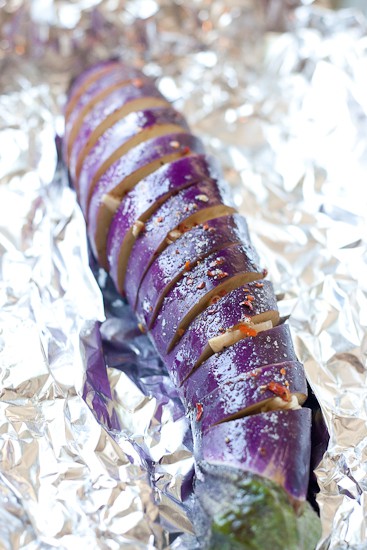 I had an idea swirling around in my head so I put slits in the eggplant and stuck garlic, salt, pepper, and some crushed red pepper in it. And all over it.

Japanese eggplant are so pretty! The tragedy is that they don’t keep their pretty color. 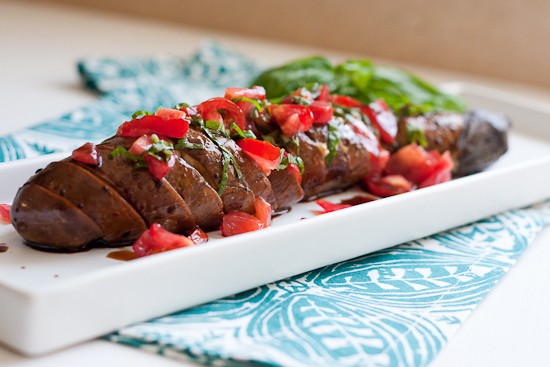 Another confession: my primary reason for adding a tomato relish was to add some color. I like pretty food. And I don’t like photographing things that are brown and blah. 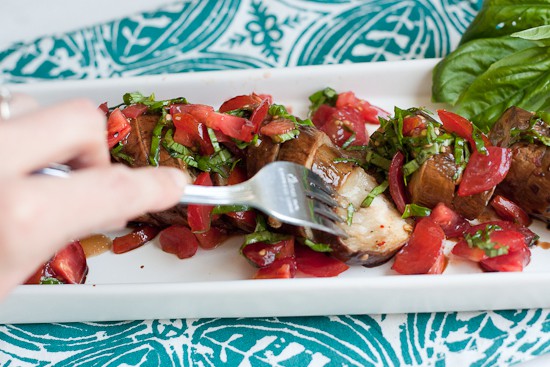 It ended up being a good decision though. Eggplant and tomatoes work beautifully together!

1. You can probably use a regular eggplant for this if you can find one that's more slender. It will take a lot longer to grill though, so you might want to reduce the heat so the outside doesn't burn before the center is cooked through.

2. You can also bake it in the oven. I didn't actually do it, but I would suggest 400 degrees for 30 minutes or so, or until the eggplant is cooked through. 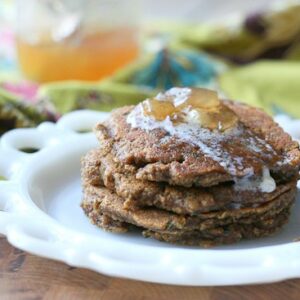 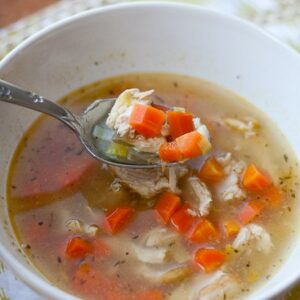 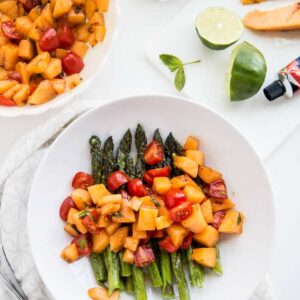