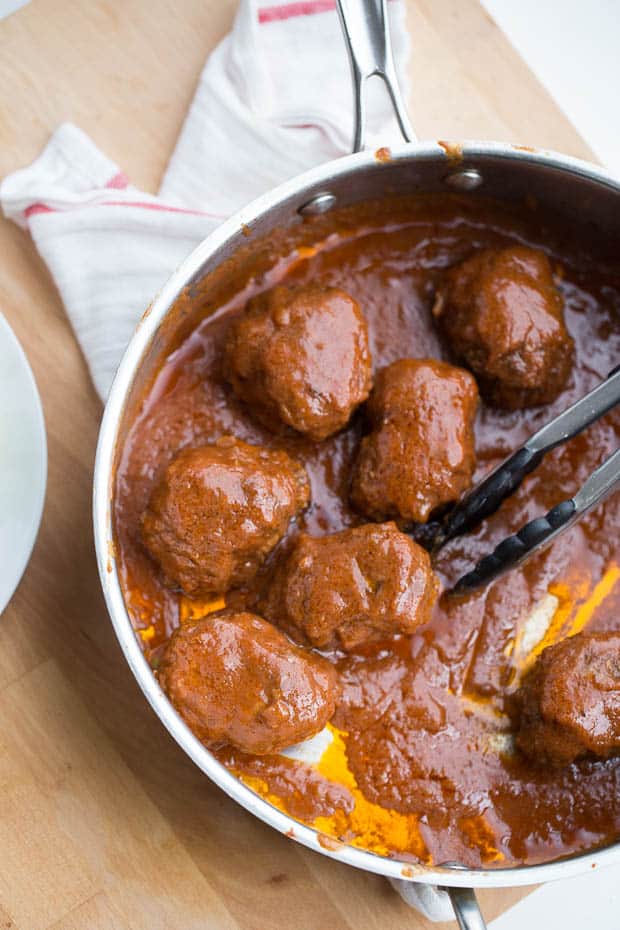 This is another recipe from my archives (circa 2010) that I picked up, dusted off, and made it healthier for you. The last time I made them was about two kids ago, and I had forgotten how good they were.

These Mini Skillet Meatloaves were a HUGE hit with my kids, too. They wolfed them so fast I had to make them again the next week just so I could snap some photos.

No complaints, here. They also made fantastic Whole30 leftover lunches. 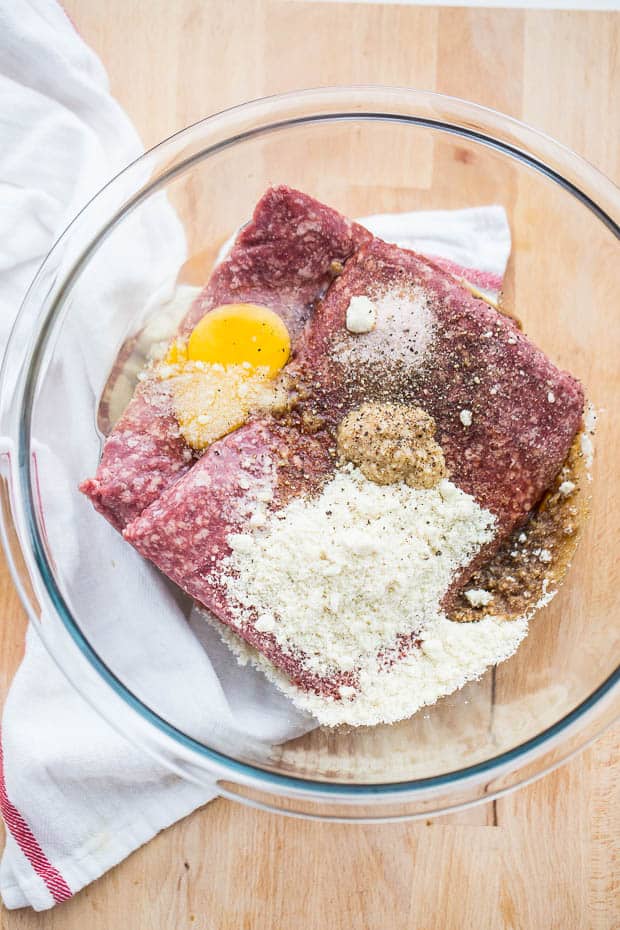 We get our grass-fed beef from the local university’s ranch. It’s so easy — I just walk in there and pull a bunch of meat out of the freezer and get my card swiped and it doesn’t require my firstborn (take that Whole Foods). They’ve got grass-fed/pastured beef, lamb, and pork. I don’t ever want to move. 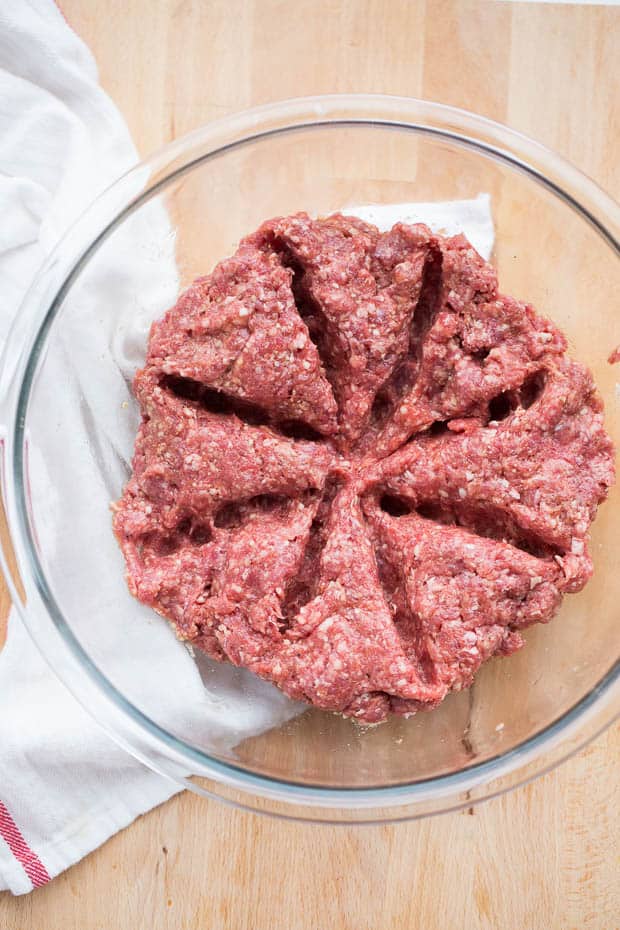 These Mini Skillet Meatloaves are a cinch to throw together. You could even form the meatballs a few days in advance!

Oh, and three seconds after I divided up this meat and snapped a photo, I realized I forgot to add the onions. 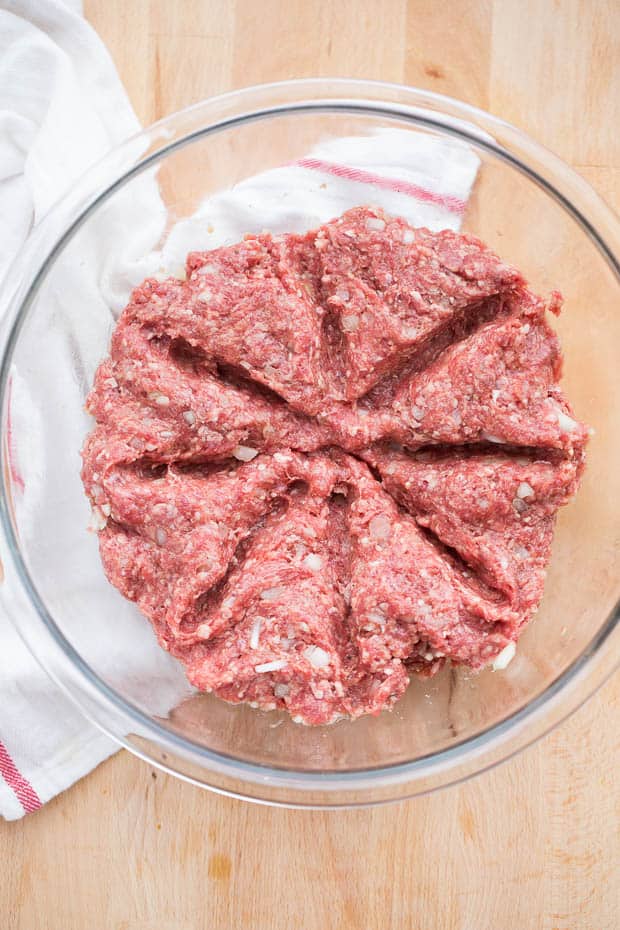 And then I realized I forgot to add the chili powder. Sigh.

I was trying to cram this project into the last few minutes of a certain 1-year-old’s naptime.

I’ve always wondered if meatloaf was just one, giant meatball. So these mini meatballs would also be extra large meatballs?

(Psst, I just sprinkled the chili powder over them at this point. One day I’ll have my act together, I promise.) 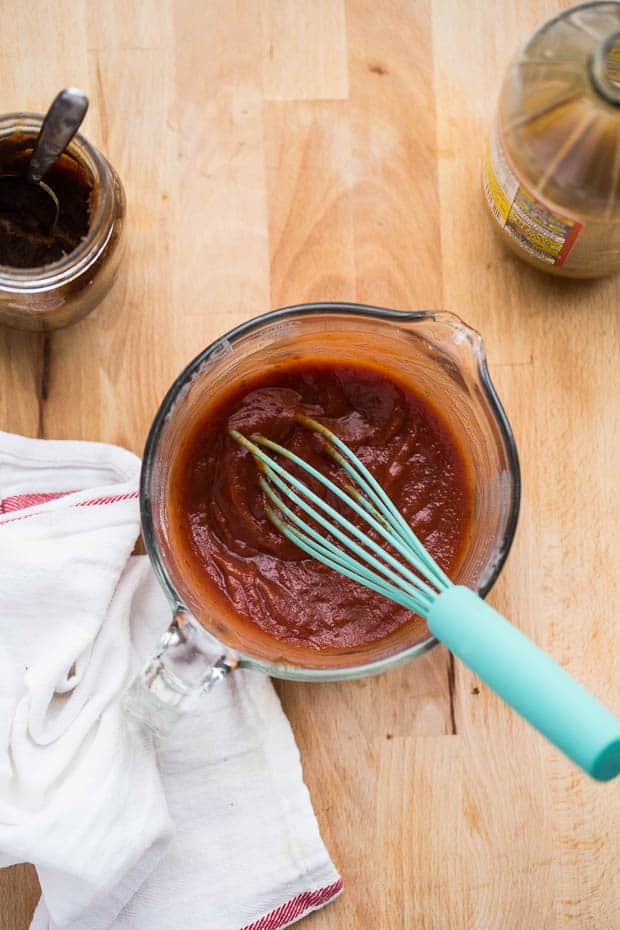 The original recipe for the sauce was basically ketchup, brown sugar, and vinegar. After replacing the ketchup in my favorite Sloppy Joe’s recipe with tomato sauce and honey with no devastating consequences, I did the same thing here.

If you’re on a round of Whole30, just use Date Paste in the sauce. That’s what I did with mine, and I didn’t even notice a difference! You could also use 1/4 cup of fruit juice (like apple or pineapple). 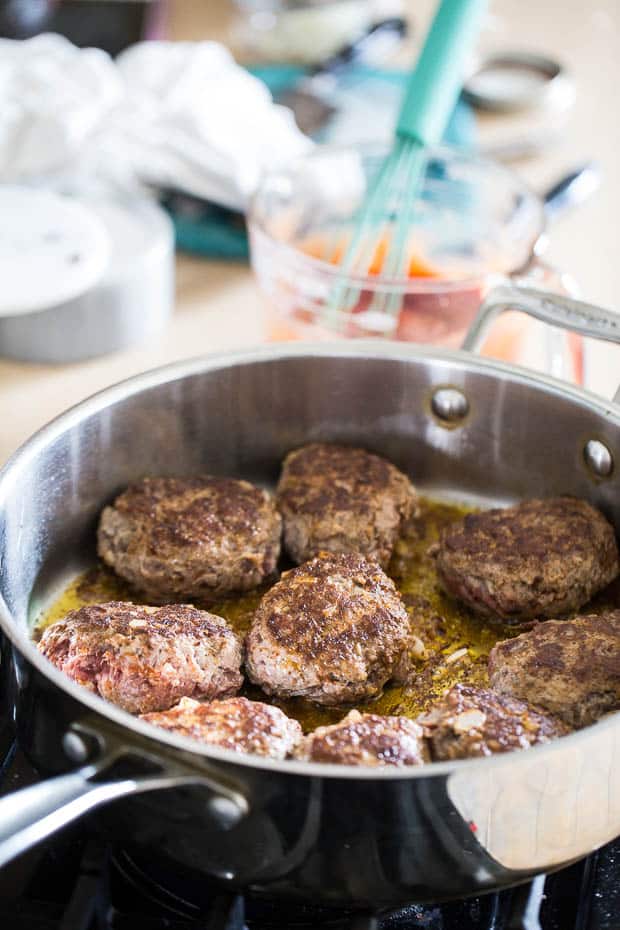 Brown the meatloaves so they get a nice, caramelized crust.

TIP: If you’re using a stainless pan and you have trouble with meat sticking, it’s probably due to one of two things:

If food sticks to the pan anyway, (sometimes it does happen) add some liquid to the pan while it’s still hot and as it bubbles and sizzles, scrape the bits off the bottom. (It’s called deglazing the pan if you’ve noticed that word in recipes before.) Sometimes you’ll take out the meat first and add some liquid for the next step in the recipe. Sometimes you’re at the very end of cooking, so take out the meat and then use water to deglaze. Sometimes you’ll add the sauce right in with the meat (like in this case) and it’ll deglaze itself as it continues to cook. 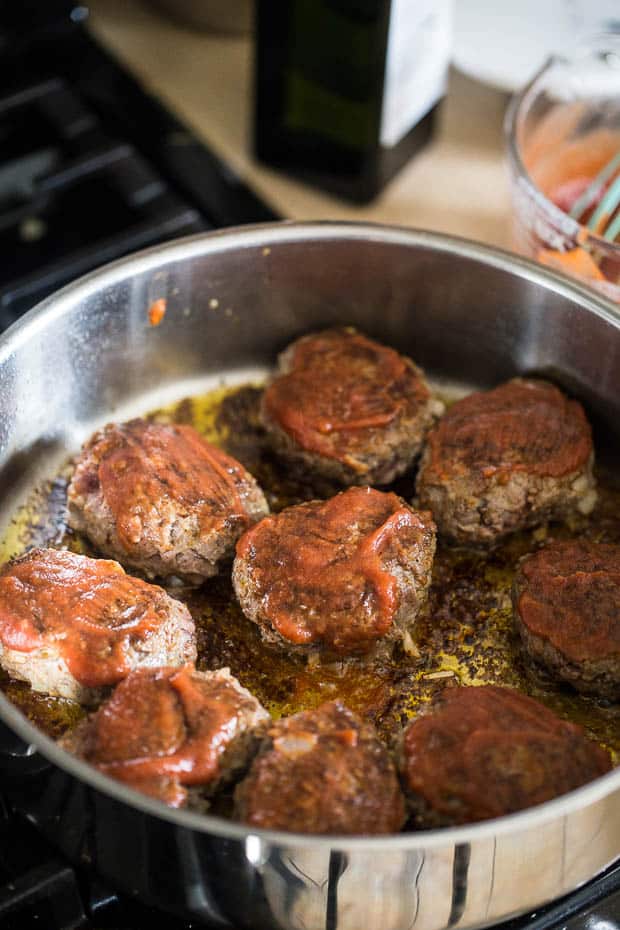 See those bits that are kind of stuck to the bottom? It’s fine, really. In fact, it’s a good thing because it’ll give that basic tomato sauce mixture a giant flavor boost. 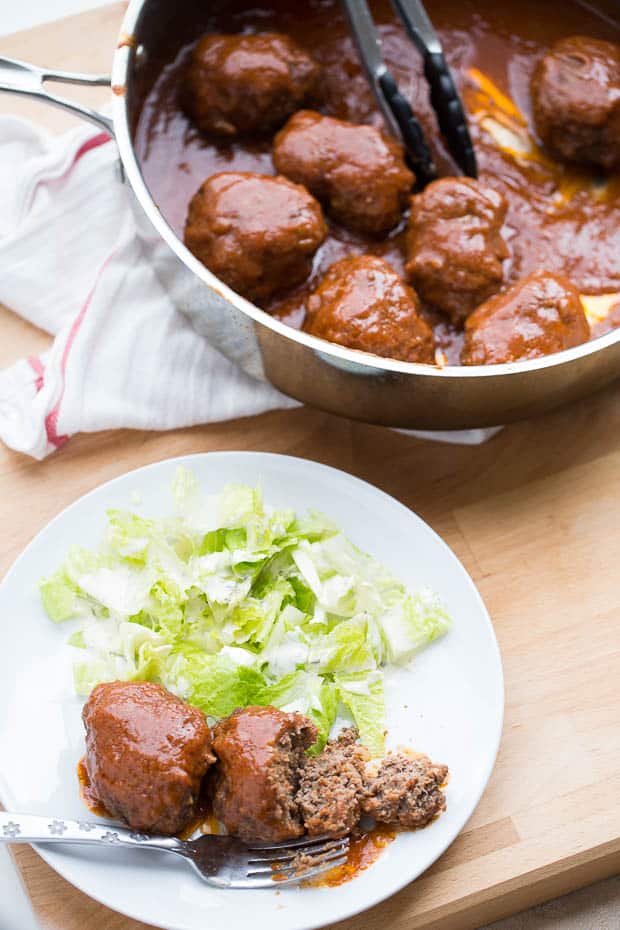 Cute, right? And you don’t have to wait over an hour for it to bake in the oven. I call that a win-win.

If you’d rather have your meatloaf in a true loaf form and want something clean AND easy for a weeknight, try the Paleo Meatloaf from Sheena at Noshtastic!

Nat's Note: If you're not doing Whole30 and don't want to use dates, substitute 2 Tablespoons of honey. Use erythritol if you're low-carb. 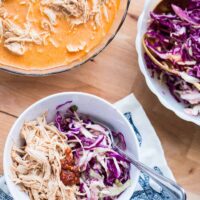 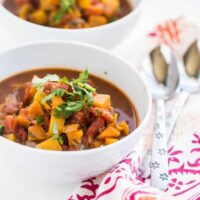 Making this tonight! I noticed that your recipe leaves off when to add the rest of the salt and the onion powder. I assumed it was for the sauce so I threw it in there. Cant wait to try it!

Yes! It goes in the sauce. I fixed it -- thanks for catching that!

These look awesome! Do you have any suggestions for an almond flour replacement? My kiddo is allergic to Almond, Coconut, Gluten, Rice, And Oat (and a million other things) ?. Maybe the flour for the bread I make him? It has a heavy sorghum base? Your website has literally saved me! I was at a complete loss and feeling totally defeated for good tasty food to feed my son and most of your recipes work perfectly with his diet or can be easily adapted ! We had sloppy joes and sweet potato fries tonight! My husband loved the seasoning for the fries. He usually never touches anything with sweet potato!

Oh I can relate. My kid is allergic to a ton of stuff, too! Yes, try that flour you mentioned. You may not need as much because it will be finely ground and probably more absorbent than almond flour. And thank you for your kind words! It makes me so happy to hear that I've helped out in a small way. (Thrilled we won over your husband!:))