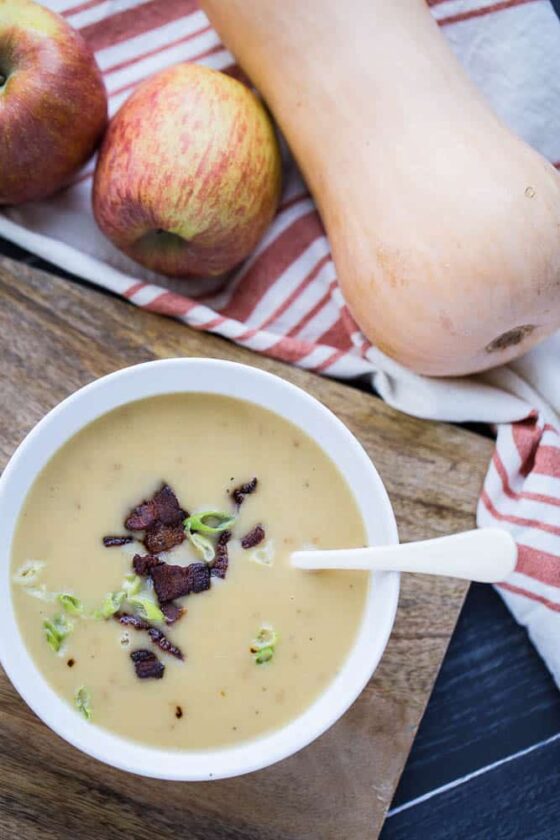 I updated this apple-squash soup recipe (formerly Apple-Cheddar Squash Soup) to be paleo and Whole30 friendly and added slow cooker and Instant Pot variations in the recipe notes!

When you see this soup in pre-pureed form you might run for cover. Chunks of onions, potatoes, apples and squash simmering away looks more like a dare than your dinner. Once you get to the end and taste the final result — it’ll be come one of your favorites!

Confession: I always put cheese in this apple-squash soup. It’s like eating a bowl of cheese fondue — I swear I’ll eat like 4 bowls in one sitting if I’m left unattended. If you happen to be dairy-free, this soup is also super good without cheese.

If pureed butternut squash soup is your thing, you might want to try this Paleo Indian-Inspired Butternut Squash Soup, too!

By the way, if you’d rather use your Instant Pot to cook the squash, see my post on How to Cook Squash in an Instant Pot! (If it’s small enough you don’t even have to cut the squash in half.)

The original recipe had 2 cups of shredded sharp cheddar cheese added at the end. Or garnish with a little cheese if you're flexible with your dairy consumption!

Slow Cooker adaptation:
1. Cook the bacon like indicated above.
2. Place the onion, squash, potatoes, apples, and bacon drippings or ghee into a 4 quart slow cooker.
3. Sprinkle the tapioca, sage, and salt over the vegetables and give it a quick stir.
4. Pour the stock, apple juice, and almond milk into the cooker.
5. Cover and cook for 7-8 hours on low (or 3-4 hours on high).
6. Blend until smooth using an immersion blender (or in batches with a countertop blender)
7. Serve with garnishes.

Instant Pot adaptation:
1. Cook the bacon like indicated above.
2. Turn the Instant Pot on to the Saute setting. When it is headed, add 4 Tablespoons of the bacon drippings to the pot. (You can also use ghee or coconut oil.) Add the onion to the pot, stirring occasionally, until the onion is transluscent, about 5 minutes.
3. Add the squash, apples and potatoes to the pot. Sprinkle the salt, pepper, sage and tapioca over everything and give it a stir. Add the cider and broth.
4. Close the lid, and turn the Instant Pot to the manual setting for 10 minutes.
5. When it's finished, use the quick steam release setting to open the pot.
6. Blend until smooth using an immersion blender (or in batches with a countertop blender)
7. Serve with garnishes. 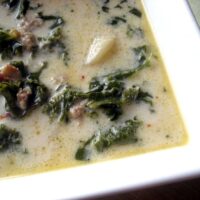 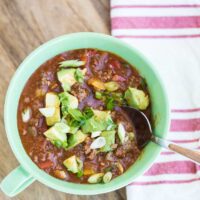 Can you sub a sweet potato for the russet?

Sure! It will make the soup sweeter, so keep that in mind.

We love soup in our house! This recipe sounds so yummy!! We may have to try this when Steve gets home :D

kelly jo - It does make a lot! And you just made me realize that I never put the amount of servings in the recipe. I bet that was a shock... at least it makes great leftovers!!

I just made this soup for our dinner tonight- it makes a ton! So excited for dinner and for leftovers at work tomorrow for lunch!

Hi Mar!! What a fun thing to do! I would have loved to do something like that when I worked. There were too many guys there to pull it off, though. :)

Let's see... Here are my favorite easy (read: very little chopping and no blending) soup recipes. I've frozen most of these before and they turn out great. Sometimes even better than right after you make them.

Good luck! Let me know which one you end up using :) Love ya!