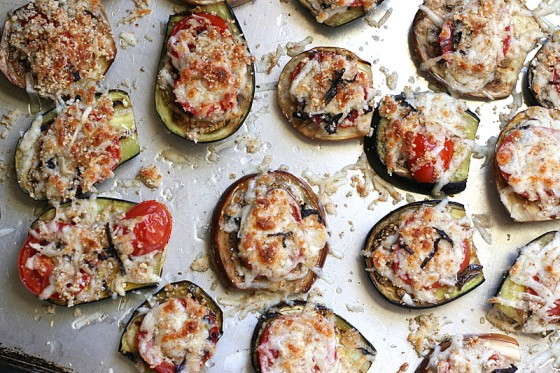 Do you remember the first time you had eggplant? My first eggplant experience was Olive Garden’s Eggplant Parmesan. I was about 16. I believe it was around that time that I ate my first artichoke (in the form of dip – does that even count?). I thought those things were so exotic and fancy because we never ate stuff like that at home. I don’t think my mom was a big fan of eggplant (or artichokes) and neither was the rest of my family. It wasn’t until I was married that I actually prepped an eggplant with my own hands.

What a strange experience that was…. peeling off the thick, shiny peel that reminded me of dolphin skin to reveal what looked and felt like a Nerf football. I seriously had my doubts that it would transform into the silky-smooth vegetable I’d had at the restaurant. 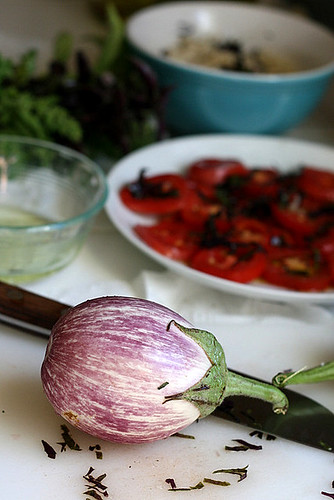 This year we were lucky to get a bunch of baby eggplant in our CSA box! I’d never seen these lighter, striped eggplants before. I found that they were a little tougher and required longer cooking than their darker cousins. 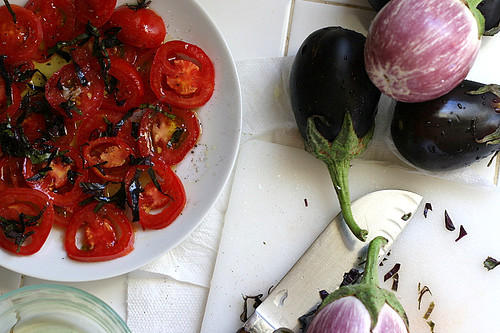 Our lovely farmer, Elizabeth, sends recipes along with the vegetables in our box and this was one of the ones she sent. I had to adapt is slightly because we don’t have a proper BBQ grill, but you can easily do this on a stove-top grill pan or under the broiler in your oven.

The only thing I would make note of in this recipe is to make sure the eggplant is cooked all the way through. Tender-crisp eggplant is not a delicious thing. (To me, anyway.) I loved this recipe, but I ended up eating the topping off of the ones that weren’t cooked completely through.

I’m working on bulking up the number of eggplant recipes I’ve got here and will be featuring eggplant and tomatoes in a CSA Wednesday post this week!

I know… it’s about time, right? 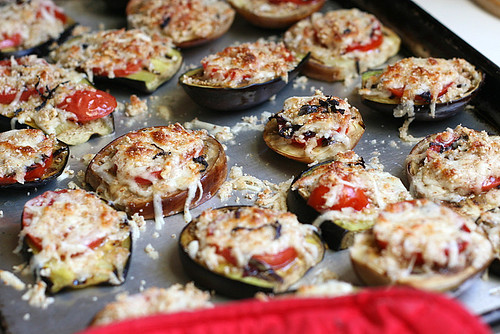 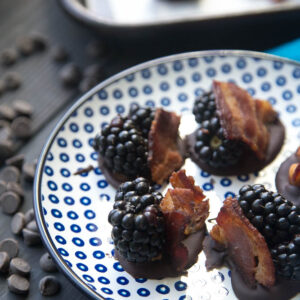 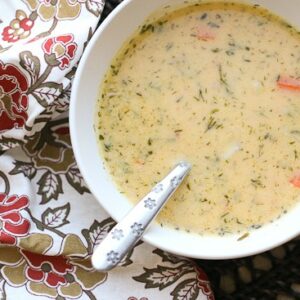 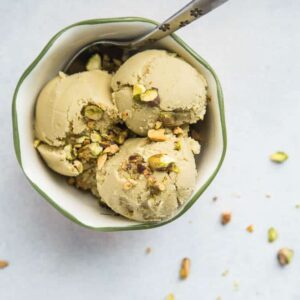