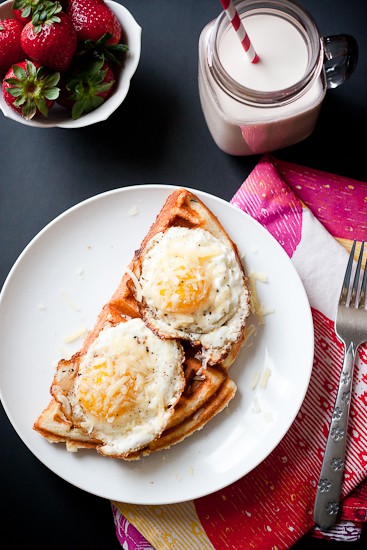 No, this isn’t a paleo recipe.

Yes, there are hot dogs involved.

No, I haven’t lost my mind.

Hot dogs. There are hot dogs in these waffles. I can’t even type that without a shiver going down my spine.

Hot dogs are probably the trashiest food ever. Even when you put them next to a bowl of strawberries and some almond milk in a mason jar-type glass with a cute striped straw.

Confession: I kind of like hot dogs. And I REALLY love corn dogs. (I also love stuff dusted in fluorescent orange cheese powder, but I think that’s enough confessions for today.)

One day I was at Costco and… 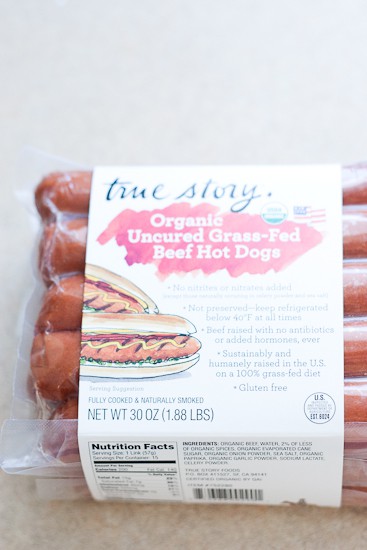 whenever I see the words “organic” and “grass-fed” on the same product, I hear angels singing. It doesn’t happen very often. Yes, they’re still pretty processed, but they were from a clean source and suddenly NOT the trashiest thing in the store.

(By the way, this isn’t a sponsored post. True Story doesn’t know me.) 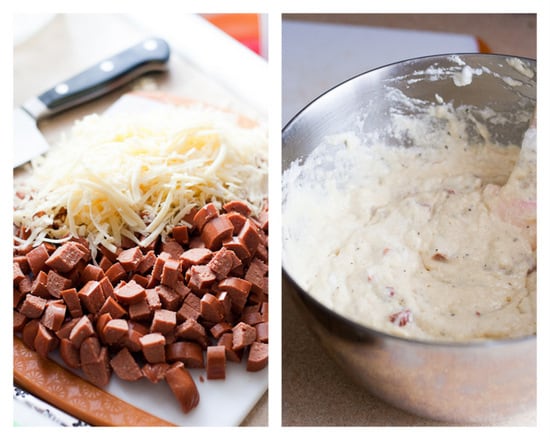 So how did they end up in my waffles?

I wanted to make a savory waffle with a fried egg on top and searched the fridge for some ham or bacon or something to put in them. My only option was hot dogs that day. And some grass-fed Kerrygold cheese.

And you know what? These are pretty freakin’ amazing waffles. They reminded me of a corn dog. With a drippy fried egg on top.

(Anything with a drippy fried egg is fantastic. Even salad.)

I don’t make paleo waffles because I haven’t found a recipe that isn’t super dense or eggy. So, I take my mama’s waffle recipe and at least make them gluten-free by using Bob’s Red Mill Gluten Free Flour Blend and almond milk. (Don’t skip beating the egg whites. It helps the texture SO much!) 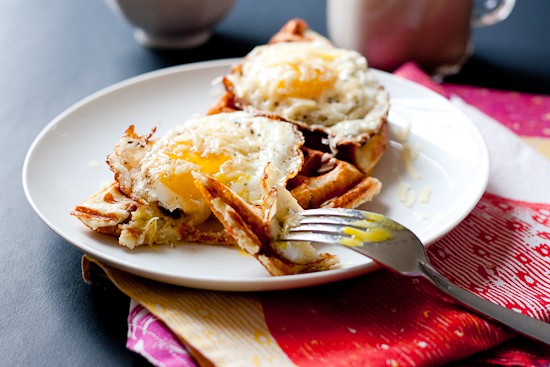 If putting hot dogs in your waffles is more than you can handle, try some bacon, chopped ham, prosciutto, sausage, or any smoked/cured meat.

I saw these Buckwheat Waffles over at Meaningful Eats, and they would be amazing with the spices and bits of meat throughout! 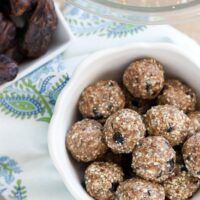 My husband, who hasn't eaten gluten in almost 10 years because he was diagnosed with celiac, rolled over in bed last night and said, "could you possibly make gluten free pigs in a blanket?" Such a super random request but I told him I would work on it. These hot dog stuffed waffles might just satisfy him until I come up with proper pigs in a blanket! :)

My mom used to put bacon in our waffles and we loved it!

Here's your Most Creative Recipe of the Year award Natalie!!! I LOVE this.

Thanks Karen! I'm convinced that the most creative ideas come from scrounging the fridge and cupboards. :)

What a great idea! My kids will freak when I make these. Waffles that taste like corn dogs? Have to admit that we love corn dogs too, but haven't had them for more than two years since going gluten free, so the kids will love, love, love.

I hope they do! Let me know what they think!

Yes, I did think you had lost your mind. I wasn't going to mention it, since I don't know you. BUT since you did, I decided to add my two cents worth. Lol. Fun waffles. The kids would love them and yes of course you can other meats. I have been having terrific waffled cravings lately too. So this fits in, BUT I will admit I didn't pair my fantasy waffles with hot dogs.