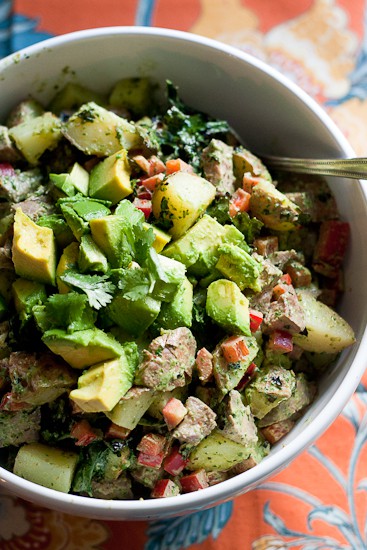 So, the most awesome thing happened.

Mimi, who turned two last month, decided to potty train herself with minimal help from mom and dad. I heard about kids like this and was POSITIVE their parents were exaggerating. I was also crazy with envy as my older girls were not easy to potty train.

But it happened. She’s probably the most feisty and independent child we have so I figured potty training would either be a complete nightmare or only slightly better. Luckily she used her independence for good.

Like this morning… I was still in my pj’s (in my bed) texting a friend. Mimi had gone potty by herself, dressed herself, ran into my bathroom to get some lipgloss, then stood by my bed and informed me she was ready for pancakes. 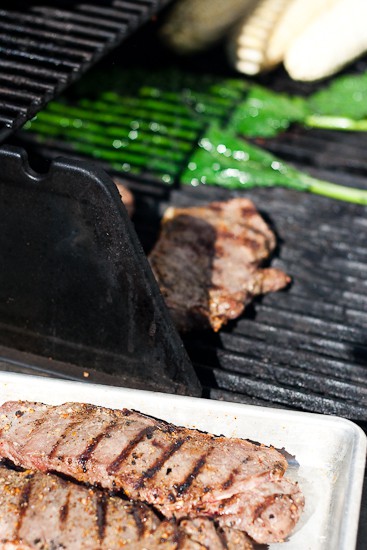 Kids are funny. Ivy, my 5-year-old, LIVES for steak. She LOVES it — especially if it’s pinkish red in the middle. Judging from her petite size, you’d never guess she was a raging carnivore.

Obviously she loved this salad because she also loves potatoes. (She’s a true, Idaho, meat-and-potatoes girl.)

All of us loved this salad. I was watching The Next Food Network Star and one of the contestants made a steak and potato salad with (according to the judges) a store-bought-potato-salad dressing. Ick. 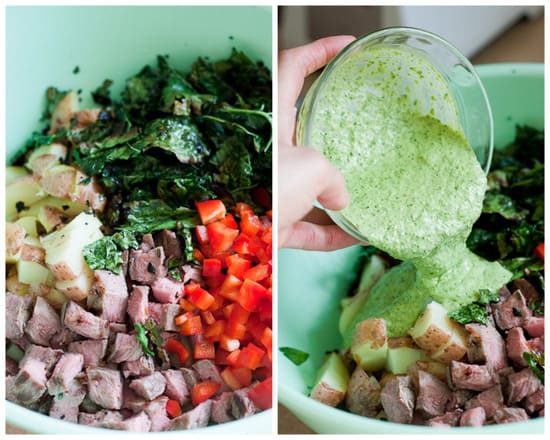 Since I try to find an excuse to put cilantro and avocados in everything we eat, I thought a chimichurri dressing would be good. I LOVE chimichurri sauce and used to have a chimichurri burger recipe on my blog. (Sadly it disappeared with a few others when I switched blogging platforms. *sniff*)

I decided to reincarnate it as a dressing for a hearty, yet summery salad. This recipe isn’t a quickie.

From start to finish it took me over an hour, but you can definitely make some of the components ahead of time and throw everything together right before you eat it. I added some make-ahead tips in the recipe notes!

Also, if you’re strict paleo and avoid white potatoes you could probably use sweet potatoes or roasted/steamed cauliflower in place of the potatoes! 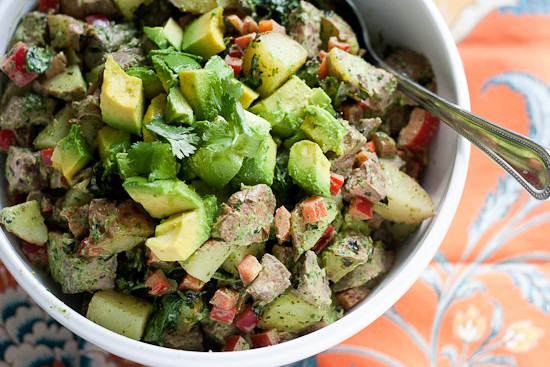 Instant Pot Potato Salad is a more traditional potato salad made in just 30 minutes using your Instant Pot! It has a lot of pickles and… ranch dressing. It’s so good!

Have you ever had Hot German Potato Salad? I ate it occasionally when I lived in Austria. I love the warm potato salad dressed in a tangy vinaigrette. My version has crispy bacon and sauerkraut!

Starting with roasted potatoes is another way to make a potato salad! Roasted Potato Salad with Dill-Scallion Vinaigrette is a fresher, mayo-free take on potato salad.

1. The dressing, potatoes, steak, kale, and bell pepper can all be cooked and/or chopped ahead of time. Just toss it all together and chop the avocado at the end! 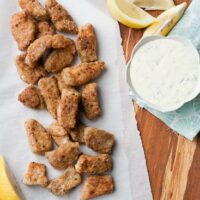 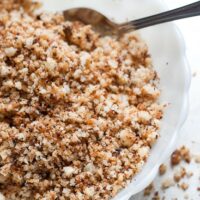 I am so gonna make this salad. Shared, bookmarked and can't wait for it to be on my plate. :)

We made this salad tonight and LOVED it! The chimichurri dressing is to die for and I can't wait to use the leftovers on other salads this week. Thanks so much for sharing this one, Nat! And major woot about the potty training!

Wow, this looks so good that I wish I hadn't already planned dinner so that I could make this instead. I'm not even kidding. It has pretty much every single one of my favorite foods in it, and I will definitely be making it soon.

My granddaughter is so advanced in everything except potty training, much to the chagrin of her Mom. What an elegant and hearty salad. It's over the top as far as I am concerned! This is a good thing!

Yum! And congrats on the potty training...that's awesome.