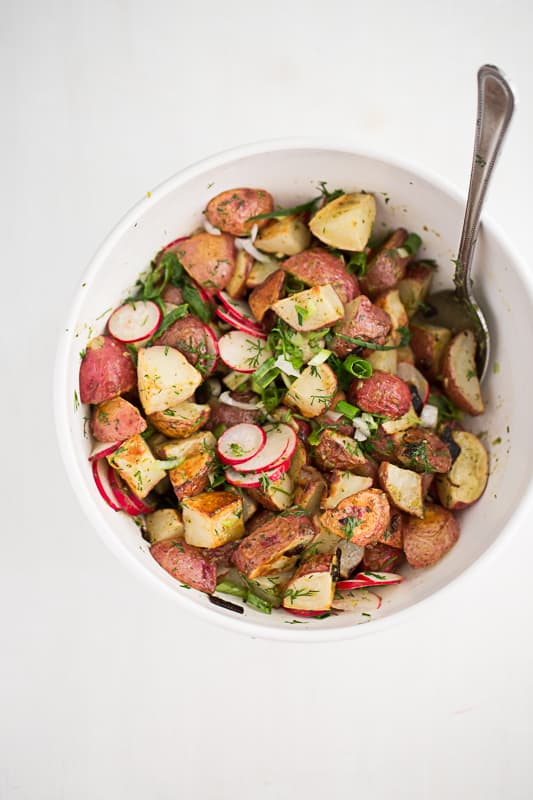 Do you know what one of my proudest parenting achievements is to date?

My kids don’t freak out when they see green food on their plates. Or specks of green in their food. I think it’s because I put minced baby spinach in their food from the time they were babies, but maybe I just got lucky.

Some days I’d happily trade that for A CLOSED DOOR during the summer, but you can’t have everything.

Despite the awesomeness of my children eating green things, you can’t push them too far. I thought they would hate this salad. I even left some potatoes out so they’d have something else to eat besides Paleo Fish Nuggets. But I threw those naked potatoes back into the salad when all four of them declared that it was edible.

Let’s talk about this salad, shall we?

I was born and raised in Idaho — in russet-burbank potato country. There was never a box of instant potatoes in our house the entire time I was growing up.

I think I’ve joined the red potato camp. I love their creamy, firm texture, and they’re much easier to cut up. They’re also less starchy than russets.

Oh, and if you roast them with some shallots and toss them in a tart and herby dressing? You end up with a potato salad that’s fresher and lighter than the typical mayo-laden ones that get grody in the sun.

Not that I have anything against mayonnaise. I make it all the time. It’s just not a friend of sunshine.

This salad, however, is. 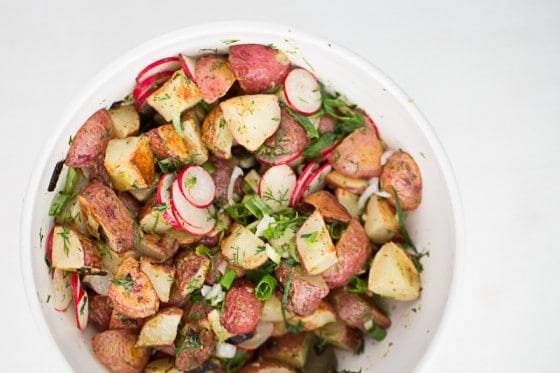 Instant Pot Potato Salad is a more traditional potato salad recipe. If you haven’t used an Instant Pot to make potato salad, you’re in for a treat! You can cook the potatoes and eggs in the Instant Pot at the same time! This recipe also has lots of pickles and….ranch dressing. It’s the best. Seriously.

Hot German Potato Salad is a warm, tangy take on a potato salad that also has a vinaigrette-based dressing. My version has bits of crispy bacon & sauerkraut!

1. You could substitute parsley or cilantro in place of the dill, if you prefer.

2. To make it Whole30 compliant, omit the honey or substitute it with Date Paste. 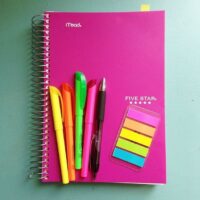 Previous
About the Book 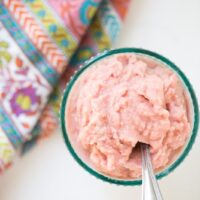 Next
Raspberry Sorbet (In the Blender)
Click here to cancel reply.