This easy overnight hashbrown breakfast casserole is gluten-free! It’s a Mexican-inspired version with spiced chorizo, pepper jack cheese, and a BOMB chipotle-lime hollandaise sauce that only takes 10 minutes in your blender. It’s a perfect make-ahead recipe for Christmas morning or any special holiday brunch.

I had Christmas morning in mind when I was working on this hashbrown casserole recipe. I wanted it to be easy, easily made the day before, and little prep the day of.

And because it’s Christmas, I wanted it to be a little decadent. Hence, the hollandaise.

Hollandaise seems to be in a committed relationship with eggs benedict (with occasional asparagus flings). Let’s not put such a delicious, versatile sauce in such a tight box. It’s AMAZING on hashbrown breakfast casserole!

(If you’re nervous about making hollandaise, it’s actually quite easy. I’ll show you!)

How to Make Breakfast Casserole with Hashbrowns

There are a lot of variations on the breakfast egg and hashbrown casserole. Basically, you layer frozen hashbrowns, your choice of meat, cheese, and an egg & milk mixture.

It’s a great recipe template for an easy, overnight breakfast if you’re feeding a lot of people. My sister recently made three of a similar casserole to feed everyone brunch after her daughter’s baptism.

My version of this easy breakfast casserole has turkey chorizo, pepperjack cheese, and chipotle peppers mixed into the egg-milk mixture.

I also used cubed frozen hashbrowns (instead of shredded hashbrowns) with the peppers and onions.

Sometimes the cubed frozen hashbrowns are called “southern style”. The cubed hashbrowns with the peppers and onions are often called “O’Brien” or Southwest style.

After layering the potatoes, sausage, and cheese, you pour the egg mixture over the top. I like to move things around with a fork to “mix” it. You don’t need to mix it thoroughly because everything will ooze around when it bakes.

And no, it’s not too spicy for kids. My kids liked it for the most part. (There’s always one super picky one, right?)

If you’re worried about the heat, use regular monterey jack cheese or omit the chipotles in the egg mixture.

Tip: If you’re prepping this the night before, add 15-20 minutes to the cooking time.

How to Make This Breakfast Casserole Dairy-Free

It’s easy to make this recipe by using almond milk and either omitting the cheese or using grated dairy-free cheese.

The hollandaise will have butter, so maybe omit that, too. I haven’t tried using dairy-free butter to make hollandaise, so I can’t promise it will work.

Hollandaise Sauce isn’t as scary as you think

It has the reputation of being fussy and difficult to make because it “breaks” easily. Breaking, meaning the emulsion doesn’t come together correctly and it ends up runny.

The solution? Use a blender or food processor. I plan to create another post with more photos shortly, but for now here are some tips:

Can you make the hollandaise sauce ahead of time?

Yes, actually! I tested this out and it reheated beautifully the next day. I microwaved it in 15-second intervals and stirred it each time.

What to serve with a hashbrown breakfast casserole?

Because of the hollandaise, this breakfast casserole is a little rich. I’d suggest serving it with something fresh — like fresh fruit, sliced avocado, or a light salad for a brunch.

I highly suggest making some Southwest Cabbage Slaw. It would be a perfect side for this and you can prep that the day before as well! It’s only a handful of ingredients and one of the most versatile sides I make.

For the breakfast casserole:

For the Chipotle-Lime Hollandaise:

For overnight prep: Assemble the casserole, cover with foil, and refrigerate until you're ready to bake it. Bake for 45 minutes covered. Remove the foil and bake for an additional 15-20 minutes until the top center is cooked through and no longer jiggly.

You may also prep the hollandaise sauce the day before. Store chilled and covered. To reheat, microwave on high for 15-second intervals and stir each time until it has fully warmed. 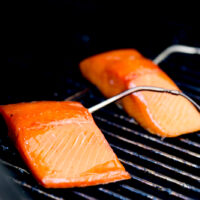 Previous
How to Smoke Salmon in your Pellet Grill 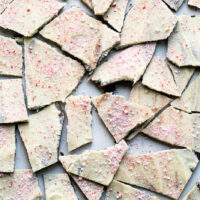