My favorite thing about these Cocoa-Chile Candied Pecans? No egg whites involved. This is a super easy stovetop recipe that will give you sweet, chocolatey pecans with a little hint of cayenne. (Or a big hint of cayenne, if you like.)

Once upon a time Trader Joe’s sold some candied pecans that were dusted with a sweet cocoa powder that had a little hint of spice. If you’re a Trader Joe’s fan, you might remember their Cocoa-Chile Pecans. I haven’t seen them there in over a year, which makes me sad because it was one of my favorite snacks during the holiday season!

But I have noticed Trader Joe’s sweet and spicy pecans. A replacement, maybe?

This isn’t a Trader Joe’s Sweet & Spicy Pecans recipe, but I’m willing to bet you can use the same method to hack those as well. That’s a post for later, maybe. Or at least a footnote in this recipe.

Like I said earlier, this recipe is super easy recipe and non-fussy. (The best kind, right?) I’m not going to make you separate or whip egg whites. (You’re welcome.)

And I made this candied pecan recipe naturally sweetened using pure maple syrup and coconut sugar instead of brown sugar. It’s a great addition to my collection of candied nut recipes!

Just simple ingredients on a short ingredient list here! And no need for melted butter or olive oil.

How to make candied pecans

Put away the prepared baking sheet and the parchment paper. All you need is a skillet!

Get a small skillet and put the raw pecan halves in a single layer. Add the maple and cook on medium-low for 2-3 minutes until the syrup seems to have cooked away and the nuts are a rich brown color. There shouldn’t be any liquid in the skillet — just a bunch of sticky, sweet pecans.

While those are toasting, combine the cocoa powder, granulated sweetener, and cayenne pepper in a small bowl.

If you don’t want them to be spicy, you can leave out the cayenne. Or replace it with a more mild chili powder so you still get some of that chili flavor. They’re delicious either way, but I really love chocolate + chili flavor profile.

As soon as you pull those candied pecans off the burner, toss them in the sugar mixture so the powder will stick to the maple. Add a pinch of sea salt or kosher salt while you’re at it, too.

Be careful — the coated pecans are hot right when they come out! They’re super yummy eaten warm or after they’ve sat for an hour or two and the maple coating has firmed up a bit. Just store them in an airtight container at room temperature.

Can I make a bigger batch?

Yes! In fact, I recommend it. Once you realize how quickly these will get eaten, you’ll want to make a second batch right away.

When you double or triple this recipe, keep a few things in mind:

Can I make these keto friendly?

Yes! I’ve made these using Lakanto maple syrup and granulated sweetener, and it’s just as delightful.

How to serve this easy candied pecans recipe?

I love to eat a handful like a snack, but there are a lot of things you can do with these! Here are a few ideas:

Package them up in little cello bags and give some to a friend! Or as Christmas gifts! I love homemade gifts like this. 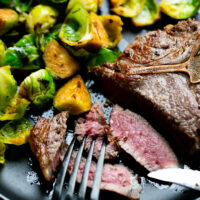 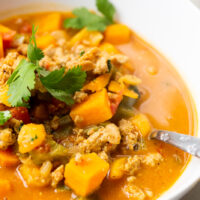