You’re going to love this easy healthy mushroom soup made with simple ingredients! It’s a creamy, hearty soup full of mushroom flavor, but you’d never guess it was dairy-free.

One week I found myself with a pound of leftover mushrooms and no plans for them. (Story of a Costco shopper’s life.)

Steve and I both like mushrooms, but our kids won’t touch them. Mushrooms are weird looking. It’s only been in the last few years that I’ve learned to embrace them. And their funky texture.

I felt like a pureed soup was my only option other than eating sauteed mushrooms every day for lunch. (TOO. MUCH.) Plus, I’d never made mushroom soup before — much less a paleo mushroom soup.

I didn’t want to write “Mushroom Soup” on our menu board in fear of mutiny. I had half of a package of bacon in the fridge and thought I’d incorporate that somehow, too.

Thus, “Creamy Bacon Soup” was born. Creamy is a nice word. So is bacon. And the soup WAS creamy AND contained bacon so I don’t feel like it was a total deception. It was no surprise that they were excited for dinner. I just had to keep them out of the kitchen and hide the mushroom evidence afterward.

And you know what? The little stinkers each ate two bowls and asked me to make it again the next week. My oldest also requested that I put some leftovers in her school lunch (<– WHAT?!) and the other two (and Steve) finished off the rest the next day. The comforting soup is super creamy and has such a nice, deep flavor.

I think it’s safe to say I won them over. I’m trying to figure out how long to wait before I tell them that they’re actually eating a bowl full of pureed mushrooms.

Fifteen years ought to be long enough.

This recipe starts out by roasting a bunch of fresh mushrooms, onions, garlic, and fresh rosemary or fresh thyme if you’d rather use that. I don’t use olive oil when I roast things — I use avocado oil, coconut oil, or ghee for a heat-safe alternative.

Then you dump all of that roasted goodness into a large pot or dutch oven along with your broth and a few other things and cook it over medium-high heat until everything is heated up. Then you buzz it up with an immersion blender!

It might be hard to find a mushroom soup recipe without cream, so here you go! And by default, it’s also a vegan mushroom soup if you leave out the bacon and use vegetable stock.

Using an immersion blender creates that creamy texture along with your choice of milk. I’ve used coconut milk or coconut cream, but I prefer to use almond milk. You could try using oat milk or cashew milk if you prefer one of those.

What kind of mushrooms to use in mushroom soup?

I just buy the 24oz package of brown or white mushrooms at Costco, but you can use cremini mushrooms, white button mushrooms, or any kind you want, really.

Is this mushroom soup gluten-free?

Yep! Many creamy, thick soups call for all purpose flour as a thickener, but this one doesn’t even have a thickener. Not needed!

Use any broth in this creamy mushroom soup

Beef broth is my favorite type of broth or stock to use in this soup, but you can use chicken stock, too. Or use vegetable broth if you want to make this a vegan cream of mushroom soup recipe.

If you’re not concerned about this recipe being dairy-free, I put some suggestions in the recipe card about adding some regular milk and heavy cream and making some crispy cheese bits, which brings me to….

What to serve with mushroom soup?

We don’t usually serve any side dishes with this soup, but you could add a fresh, light salad, or some kind of protein, if you’re wanting something a little heartier. Adding a little brown rice would give it some oomph, too, if you have some leftover you’re wanting to use.

I’m all about the garnishes with this recipe!

BACON: Bacon is already incorporated into the recipe and is our favorite topping!

CHEESE CRISPIES: That’s what we call them. Sprinkle a handful of shredded cheese in a non-stick skillet and let it melt over medium heat until it’s crisped up on the edges enough to lift off the pan in one piece with a pair of tongs. I like a combination of cheddar and either Parmesan or Romano for this.

CROUTONS: If i have some extra sourdough bread sitting around, I’ll cube it up and toss it in the oven with a drizzle of oil or use the drippings from the bacon I just made. Then add a sprinkle of salt, black pepper, and garlic powder. I bake them at 425F until they’re golden brown and crispy.

Yes! Store it in an airtight container and keep it in the fridge for up to a week. Or transfer it to a freezer-safe container to freeze for several months.

If you’re a mushroom lover and loved this healthy mushroom soup recipe, try another one of the mushroom recipes on my site! They’re all made with fresh ingredients, too.

Roasted Mushrooms with Garlic is a tasty side dish to go with roasted or grilled meats. I like to make a batch of these and keep in the fridge to add to lunch bowls or salads.

Sourdough Stuffing with Roasted Garlic, Mushrooms & Pancetta is my favorite Thanksgiving side dish. It should really be made all winter long!

Savory Gluten-Free Crepes with Shrimp, Mushrooms, & Goat Cheese is a little fancier version of crepes that’s easy to put together and a change from the usual sweet fillings.

1. Coconut aminos is simply a paleo alternative to soy sauce. You can use soy sauce or tamari which is a gluten (wheat) free soy sauce. I use it here to give the soup a deeper umami flavor. It doesn't make it taste like stir-fry.

2. Dismantling a bulb of garlic is pretty easy if you know a coupe of tricks. Put the bulb on the cutting board root-side up and press down with the palm of your hand. It should simply fall apart. Next: peeling the cloves. If you've ever watched Food Network, they all do it the same way. Place the flat side of your knife on the clove and hit the knife with your other hand. The clove should be easy to remove from the peel. If not, hit it again.

3. If you're not concerned about this recipe being dairy-free, I highly recomend replacing 1/2 cup of milk with heavy cream. And making some cheese crispies....

4. To make the cheese crisps, put a several thin slices of cheese or a handful of grated cheese in a non-stick skillet and cook over medium heat. It''ll melt, then get bubbly for a while and render off some of its fat, then you'll be able to flip it like a pancake. Once it's starting to become golden brown, remove it from the skillet, let it cool (and crisp up), then break it into pieces. I do this 3-4 times for us.

This post contains affiliate links. Any purchases made by using these links won’t cost you any extra and helps keep my content free. These links may be Amazon links as I am part of the Amazon Associate Program. 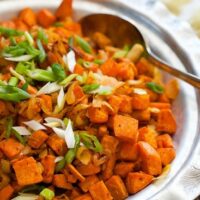 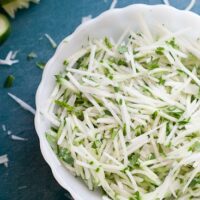 I think your mushroom soup sounds divine. I was investigating paleo recipes for Christmas as my daughter-in-law is a new convert. My question to you is - can the mushroon soup be frozen and thawed/reheated for time saving?

Hi Laura! Yes, you can! I've frozen this soup before and it reheats beautifully. It may look a little curdled until it heats up all the way. Once you stir it good it goes back to normal. Your daughter-in-law will love it!

This does look good! I will have to make a cheese free version (dairy allergy), and was thinking that I could maybe substitute dehydrated mushroom chips instead to give that umami flavor. But I was wondering why do you discard the stems of the mushrooms? I find that there is a lot of flavour in the stems and I am loath to throw away anything that could be edible.

Oh, good idea about the mushroom chips! I intentionally made the soup itself dairy free and classified the crispy cheese as optional because there are so many out there with dairy allergies.

As far as the mushrooms... like I said in the post, I'm a reformed mushroom hater and haven't had too much experience with them. Many of the recipes I come across have said to remove and discard the stems (as well as scrape out the gills in large portabella mushrooms), and I wasn't sure if it was for aesthetic reasons or simply practicality for when you stuff mushrooms. Good to know they have a lot of flavor! I don't like to waste food either, and I think the stems would be fine left on.

This looks sooooo yummy! I think I can trick my husband with this one! haha