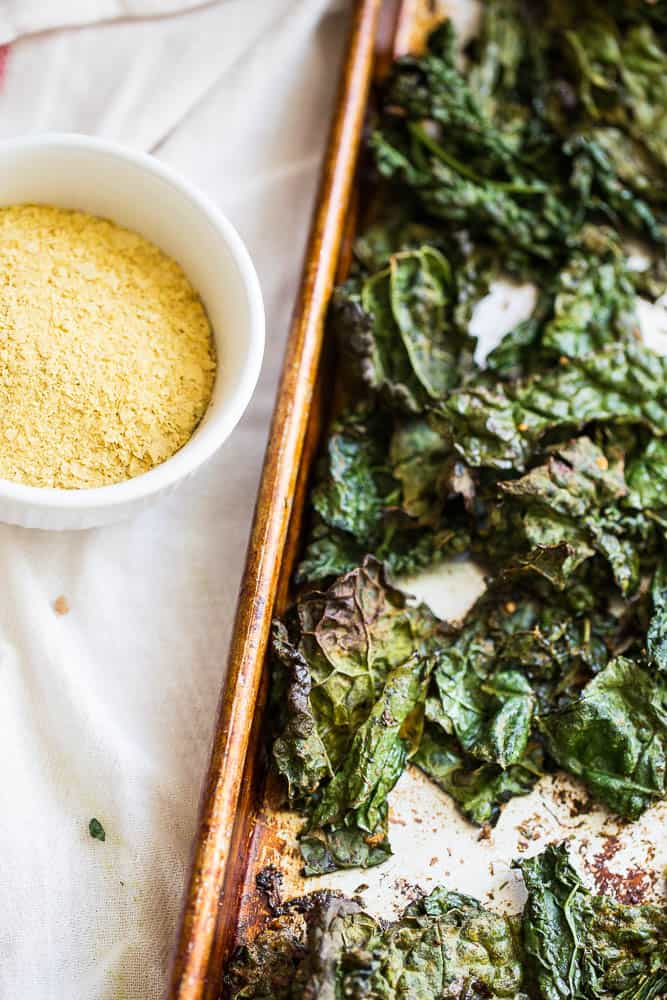 Kale chips are soooo 2012. I tried making them in 2012 and thought they were bitter and weird. What was all the hype? Were kale chips just a weird hipster thing that everyone pretended to like but no one actually liked them?

A few years ago I grilled kale for my Chimichurri Steak and Potato Salad with Grilled Kale, and mixed up with that cilantro dressing, those crispy greens were actually pretty tasty.

I didn’t give kale chips another thought until a few weeks ago when a friend suggested I make ranch kale chips with my Paleo Dry Ranch Seasoning. I figured it was worth a try, I mean I love that ranch seasoning a lot. She also suggested putting nutritional yeast on them to give them a “cheesy” flavor.

Or was that my idea? (Do you remember, Kristi?) Anyhow, after our conversation I felt like tackling kale chips again. 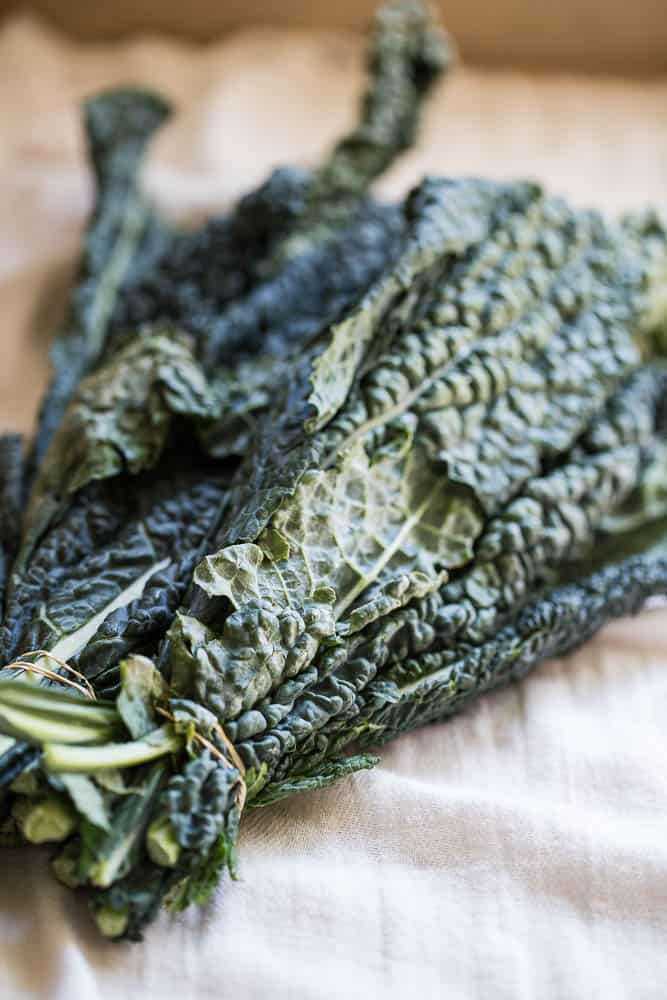 I made a trip to the farmer’s market and picked up a couple bunches of kale from my friend Elizabeth who runs a local farm. You can use lacinato/dinosaur kale like these or you can use the curly kind. 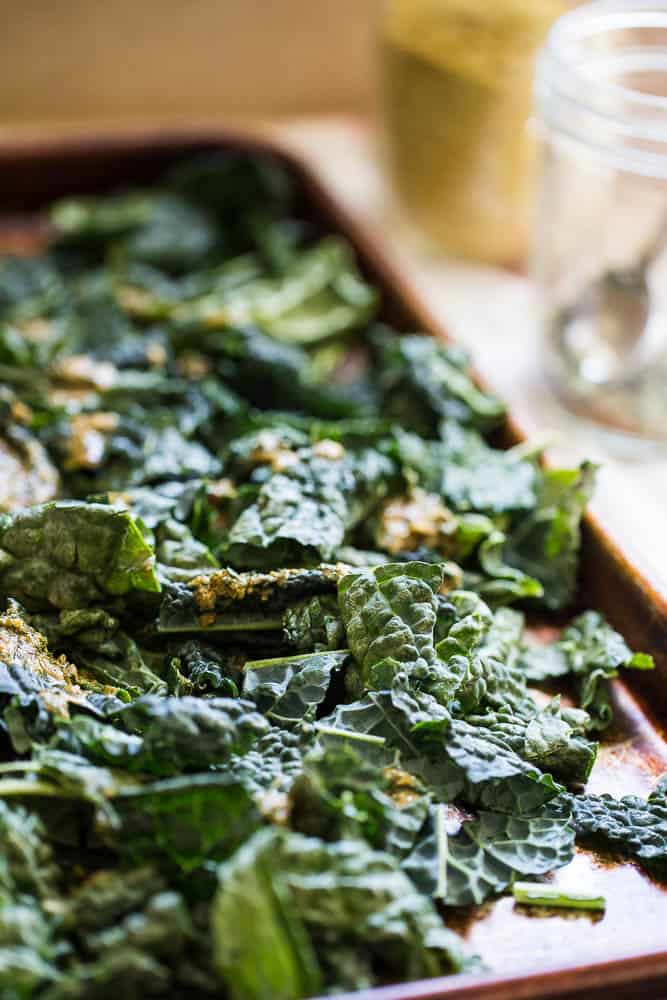 The seasoning that goes on this is really simple and only a few ingredients. To solve the bitterness problem, I remembered a technique I learned to help reduce bitterness in kale when making a salad — you massage the kale with some acid and a little oil.

I massaged kale in these recipes, too: Massaged Kale Salad, Kale Salad with Roasted Butternut Squash and Apples, and Kale Caesar Salad with Garlic Shrimp & Prosciutto.

Have you tried any of those salads? They’re all pretty amazing. I never thought I’d EVER eat raw kale, but rubbing lemon juice on those leaves calms that bitterness right down. It’s magical. 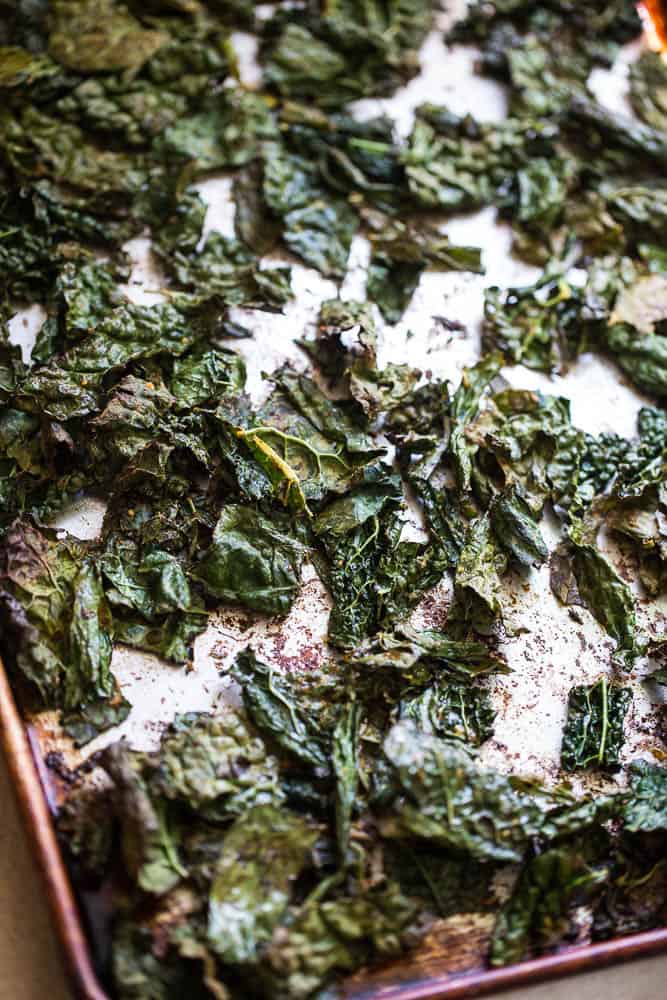 One thing.. I noticed that the curly kale crisps up better than the dino kale, but after the dino kale chips sat out for a while (*cough* overnight on the counter) the softer kale chips had crisped up, too.

What’s nutritional yeast? It’s deactivated, dried yeast. It has a “cheesy” kind of flavor, and it’s great to use in paleo, vegan, or other dairy-free recipes where you need to add a little savory flavor and cheese is off limits. I actually used it quite a bit in my cookbook, The Big Book of Paleo Slow Cooking.

It sort of looks like fish food, but don’t let that scare you off. I buy mine at a grocery store with a large bulk section, but you can also find it at health food stores, on Amazon, and even at Trader Joe’s now! 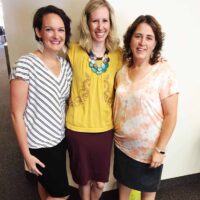 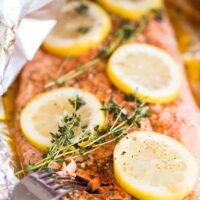 Next
Grilled Salmon in Foil
Click here to cancel reply.

I think it all comes down to seasoning. I want to try this!

I agree! And massaging the kale for a minute or so before baking helps a lot, too, I think.

I think this might be my 15 minutes of fame. Squee!

I hope you get a better 15 minutes than this.