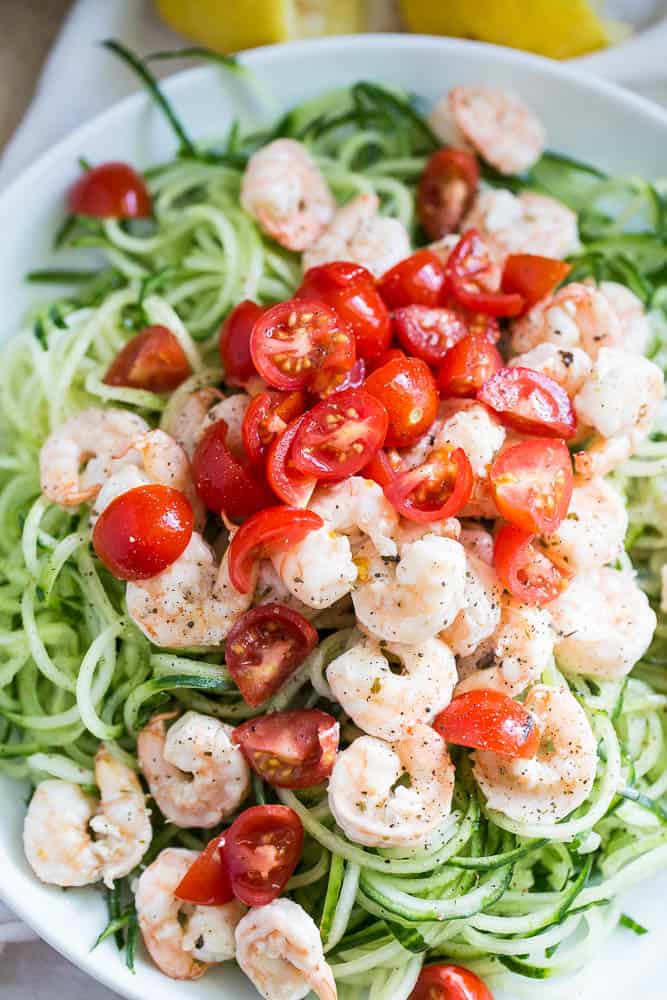 So…. Coodles? Is that what we’re calling cucumber noodles?

I made parsnip noodles once, so I guess those are poodles?

I’m just trying to figure out why zucchini noodles get their own name and nothing else does. Have you tried a spiralized cucumber? Cucumbers were cool and refreshing before, but man… I love them in noodle-form. 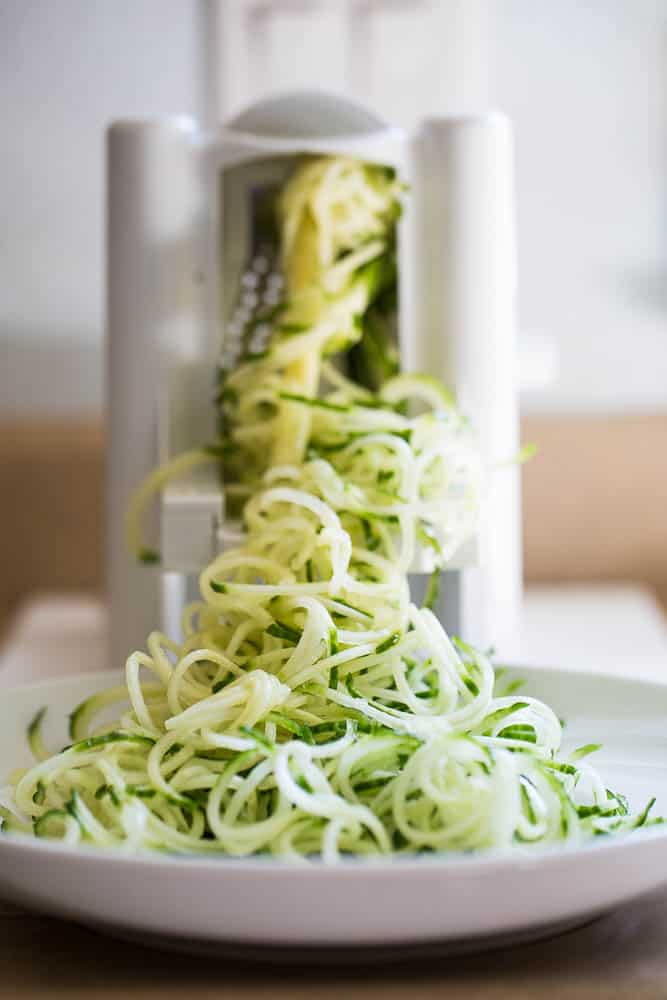 Do you have a spiralizer yet? All the cool kids do, and I’m wondering why it took me so long. I big, puffy heart love this thing. (I got this spiralizer on Amazon. Now it has even more slicing blades. *jealous*)

Then you can spiralize ALL THE THINGS. And make Pesto Zoodles with Broccoli & Bacon, Sesame Marinate Cucumber Noodles, some butternut noodles to put under Easy Italian Sausage Meatballs.

Also, sweet potato noodles are pretty amazing baked in the oven. (Think: sweet potato curly fries.) But, let’s save that for when it’s not 2000 degrees outside. 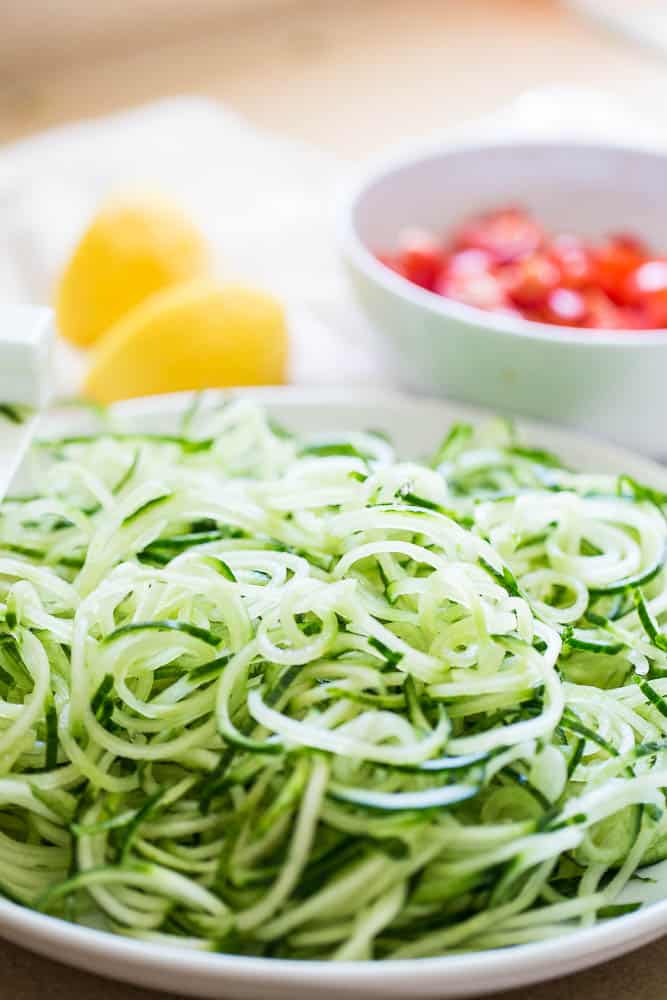 Just marinate some shrimp and toss it into a hot skillet for a few minutes, then pour it, and the creamy, Greek-y sauce over a big bed of cucumber noodles. Want to know a secret? The “creamy” comes from coconut cream. I promise it doesn’t taste all coconutty. There’s so much going on with that Greek seasoning that you won’t noticed it. 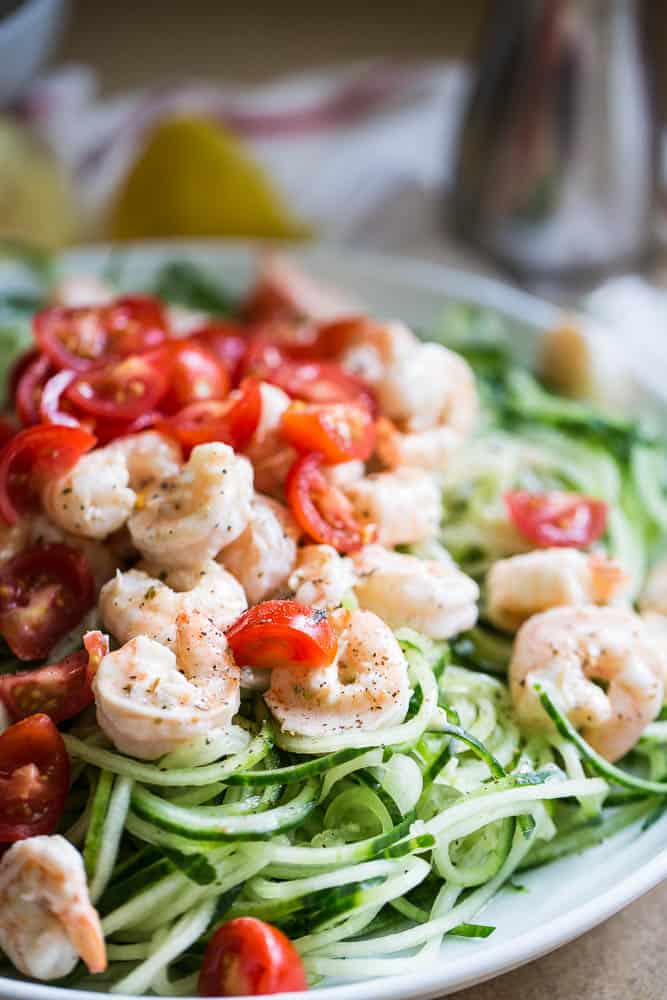 And throw some tomatoes over the top because it’s pretty. You’ve probably got those coming out of your ears, too, I’m guessing?

You’ll love that Homemade Greek Seasoning, too. Make a big batch and then whip up some One-Pan Greek-Marinated Chicken & Potatoes when you’re ready to turn your oven back on. 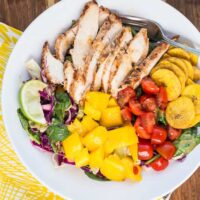 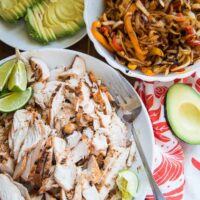 Next
The Best Chicken Fajitas (For Real)
Click here to cancel reply.