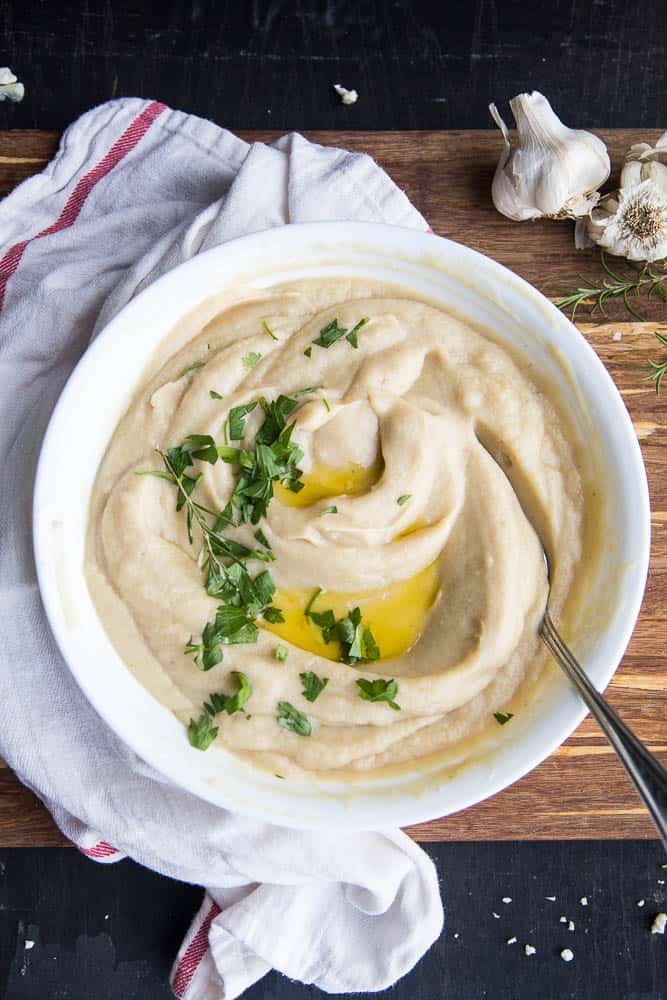 I can’t even believe I — a born and raised Idaho girl — can admit this, but….

I would happily eat this Instant Pot cauliflower puree over mashed potatoes during Thanksgiving.

There. I said it.

If my dad was reading this, he’d be like “WHAAT??” (I can literally hear his voice in my head.) He’d probably start to wonder about his life choices and where he went wrong with me.

Don’t get me wrong — I love mashed potatoes. A lot.

Correctly made mashed potatoes are sort of a religion on our family. No instant, dehydrated boxed potatoes for us. Not even mashed red potatoes. Or Yukon golds. Only Idaho Russet-Burbank potatoes that were harvested locally. With lots of butter, milk, and salt. 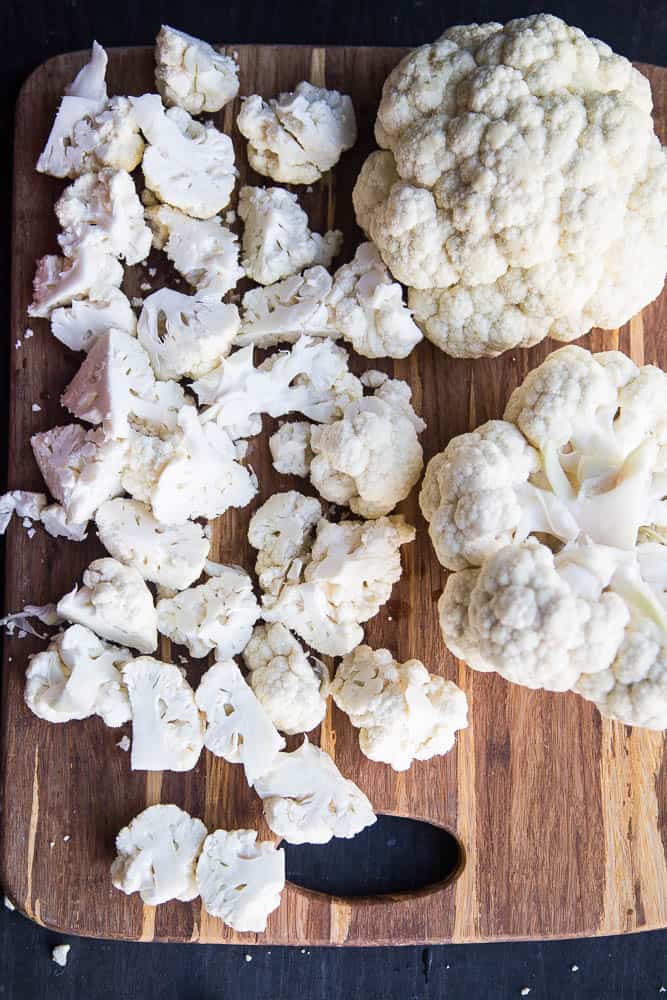 Once I was visiting my family and I made some cauliflower rice to go with dinner. My dad, a staunch meat and potatoes (and anti-vegetable) man, raised an eyebrow and asked what it was.

“Just a special kind of rice,” I answered nonchalantly.

“Oh, ok,” he said as he helped himself. Dad’s used to the fact that I eat strange things. Like kale. And sushi. And vegetables.

Not only did he eat that entire helping, he dished himself another heaping spoonful or three. And ate that, too.

My mom and I exchanged knowing glances during dinner. She knew what he was actually eating and we both giggled internally.

And no one ever spoke of it again.

Side note: I’ve noticed a lot of similarities between cooking for my dad and my kids during their picky stages. Luckily my dad has amazing genes and is quite active. 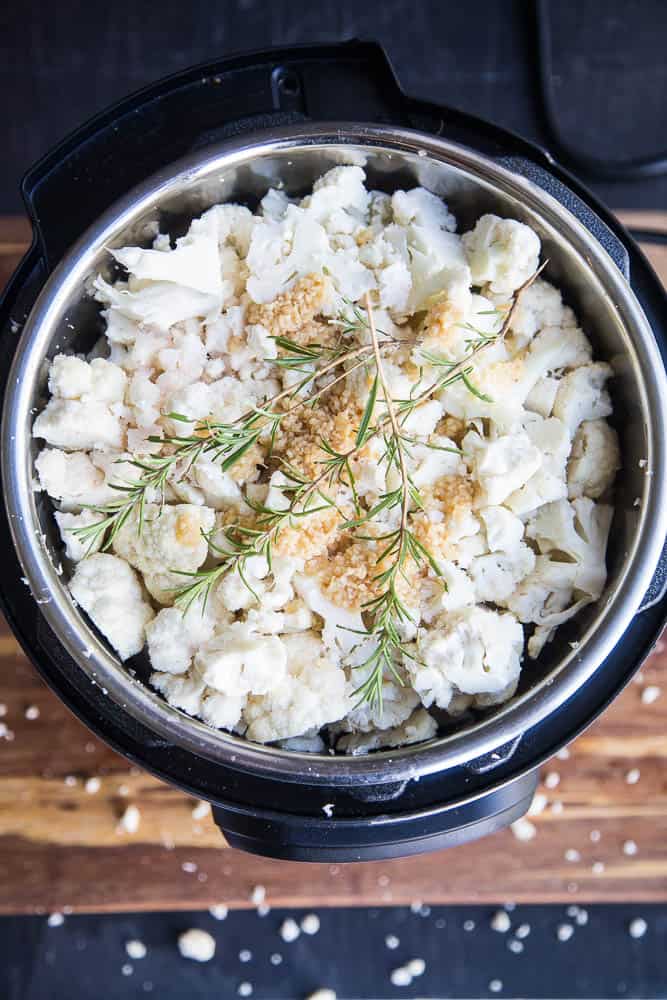 Unlike small children, I’m not sure I could convince my dad that cauliflower puree was mashed potatoes. He would absolutely see right through that. And shake his head at me incredulously.

Luckily my kids liked it, which is saying a lot because they normally protest loudly when I make cauliflower anything, i.e. “Is this REAL pizza crust or that weird cauliflower stuff?” “Can we have REAL RICE PLEASE?!” (insert incessant whining).

This, however, pacified them as long as we had something to go on it — like gravy. 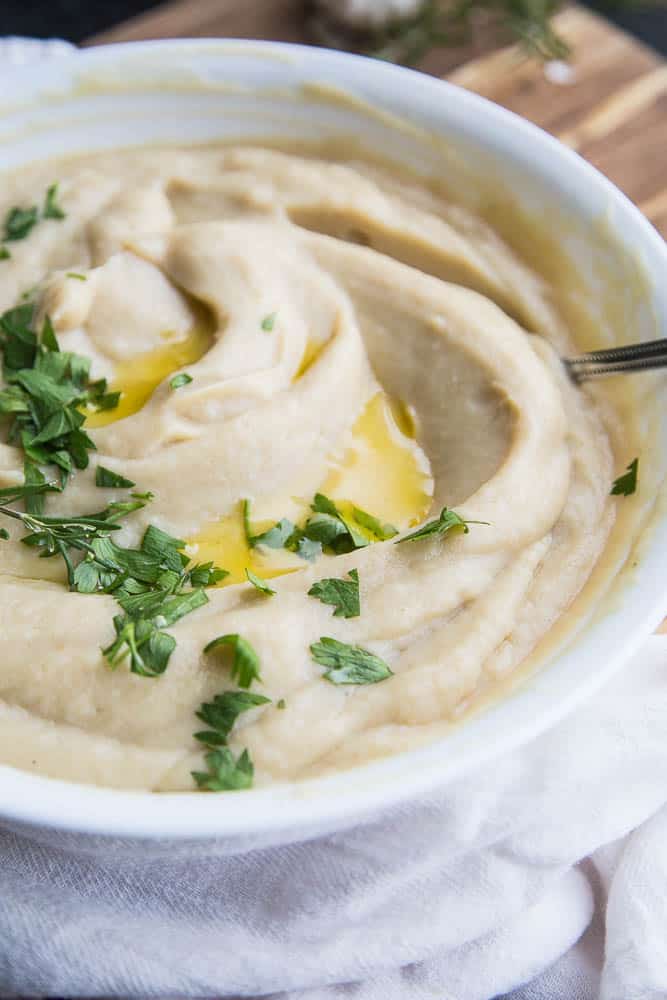 The key in making this Instant Pot cauliflower puree taste more like regular potatoes is the ghee (or butter). Don’t skimp on that stuff!

Ghee is kind of pricey if you buy it at the store, so make a batch using my Homemade Ghee recipe.

I always use Kerrygold butter when I make ghee because it’s made out of milk from grass-fed cows, and it tastes like unicorns and rainbows. It’s my favorite. (And Costco sells it! They’re my favorite, too.)

Using chicken stock, fresh rosemary, and fresh garlic in the pot with the cauliflower florets adds more flavor, too!

I always season with salt and pepper, too, and then give them a big ol’ buzz with my immersion blender. If you can’t get them super smooth that way, you can try using a food processor or a blender.

And, if you’re feeling super decadent (and are OK with some dairy), a splash of heavy cream. And maybe more ghee or butter. If you’re doing keto or trying to boost your fats, butter is your friend.

Pull out your Instant Pot and make a batch of this for Thanksgiving! It won’t take up any space in your oven/stove area which is helpful.

It’s nice to have helpful things on Thanksgiving. Particularly people who will do the dishes while you sit on the couch and eat pie.

I included more great recipes for Thanksgiving if you’ve got someone coming over who eats paleo or even lower carb. Or who is allergic to a lot of things.

If it’s not Thanksgiving, these would be absolutely DIVINE with a roast chicken or a pot roast and gravy. It’s a great little side dish that’s done in about 20 minutes!

And psst…. you can use this recipe and swap out the cauliflower for potatoes if you’re worried about rioting. It’s a valid concern. I added notes in the recipe.

1. This is a large batch of puree -- like the size you'd take to a Thanksgiving dinner potluck. You can definitely half the recipe if you feel like it's too much.
I highly recommend using a blender for this or at least an immersion blender -- simply mashing it with a potato masher won't give you that smooth, silky texture.

2. You can also buy a big bag of pre-cut cauliflowerets (like at Costco) and fill the pot that way, too.

3. Psst.... You can also use this method with potatoes, cutting them into 1-inch pieces and following the directions in the recipe. You probably don't need to blend them in a blender, but mashing would work fine. 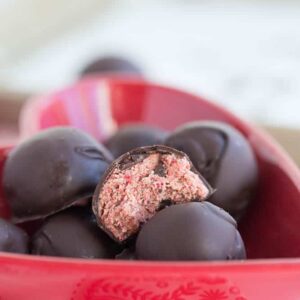 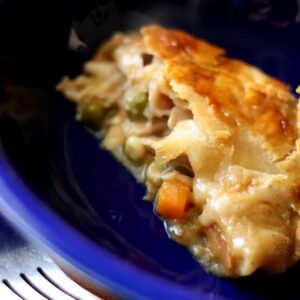 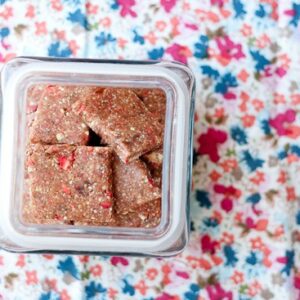 3 comments on “Instant Pot Cauliflower Puree with Rosemary and Garlic”

Next Post »Easy Bacon-Fried Green Beans (in a skillet)