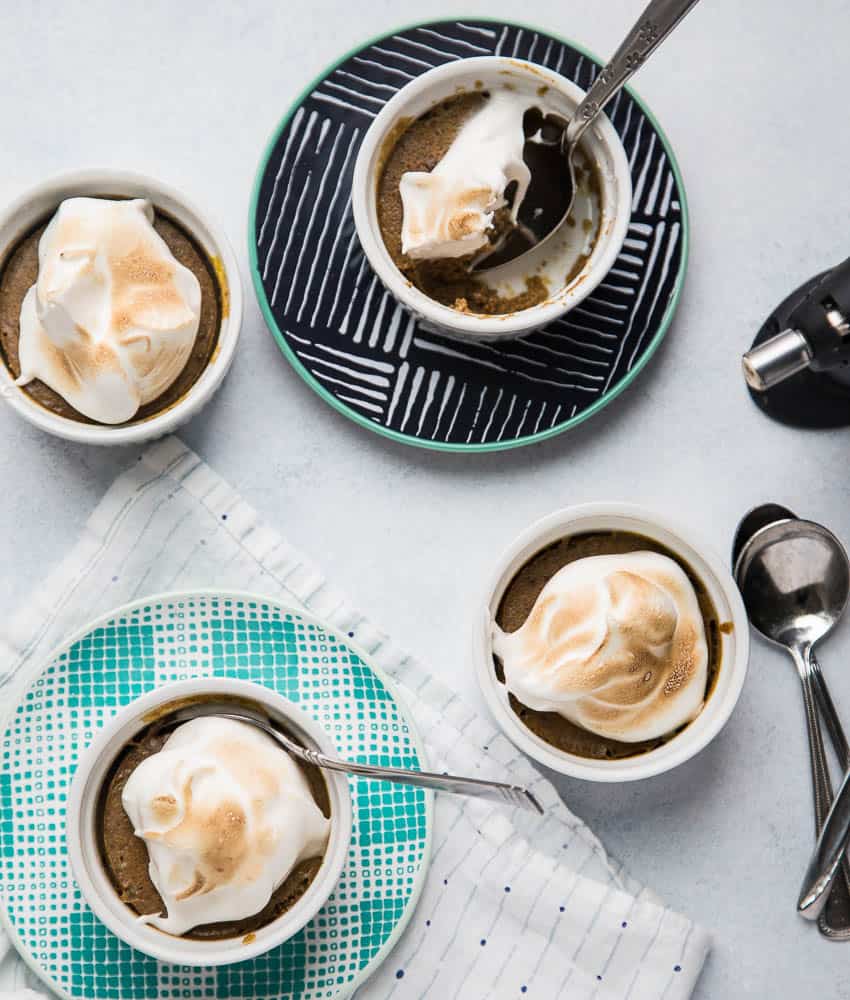 The biggest setback in making a paleo, low-carb, or keto pumpkin pie is the crust.

So, let’s ditch the crust. The filling is where it’s at anyway, right?

And who could say no to a pumpkin “pie” topped with toasted marshmallow fluff? The answer is NO ONE. 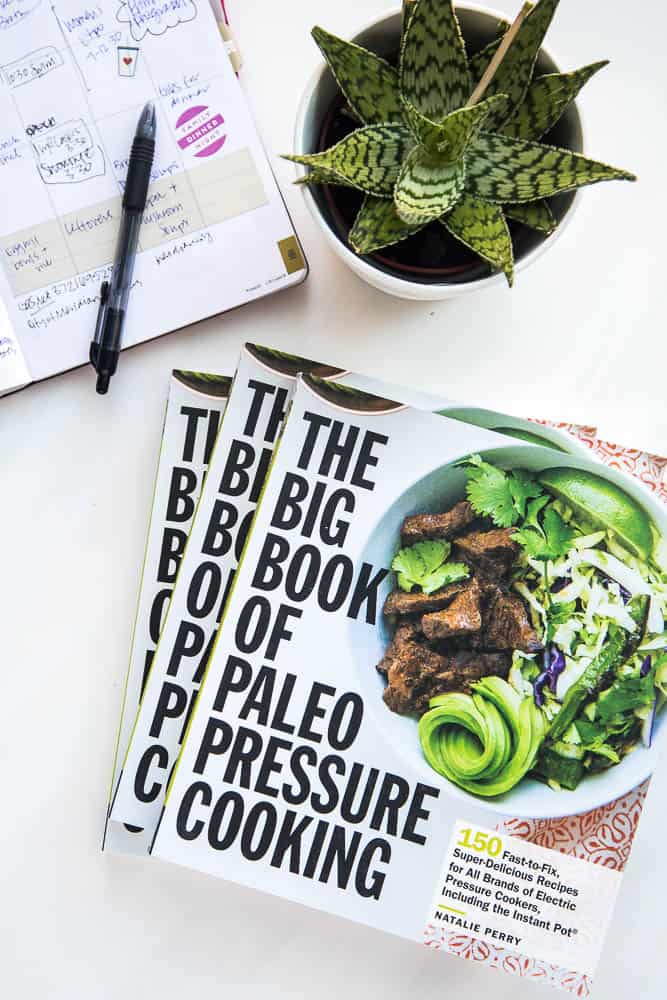 This recipe is from my newest book, The Big Book of Paleo Pressure Cooking that releases tomorrow!

So, every time I have a spare minute or a block of time I set aside to work on blog-related things I suddenly get a text that someone wants to see our house, so I have to clean it up AGAIN.

You’d think the level of cleanliness would improve because of our constant need to clean, but having four kids kind of blows that theory out of the water. Sigh.

Anyway. One of the most delightful things I learned after using my Instant Pot for a few years is that you can use ramekins or small mason jars to make cute little desserts!

Custards and things like this work BEAUTIFULLY in an electric pressure cooker because of the steamy, hot environment inside the cooker. So do cheesecakes.

In addition to these Crustless Chai Pumpkin Pie Cups (that can easily be made low carb or keto!) I included a few other ramekin/mason jar friendly desserts in my cookbook. Like Brown Sugar Peach Mug Cakes, Salted Caramel Coconut Flan, Peppermint Pots de Creme, and “Peanut” Butter Cup Lava Cakes. 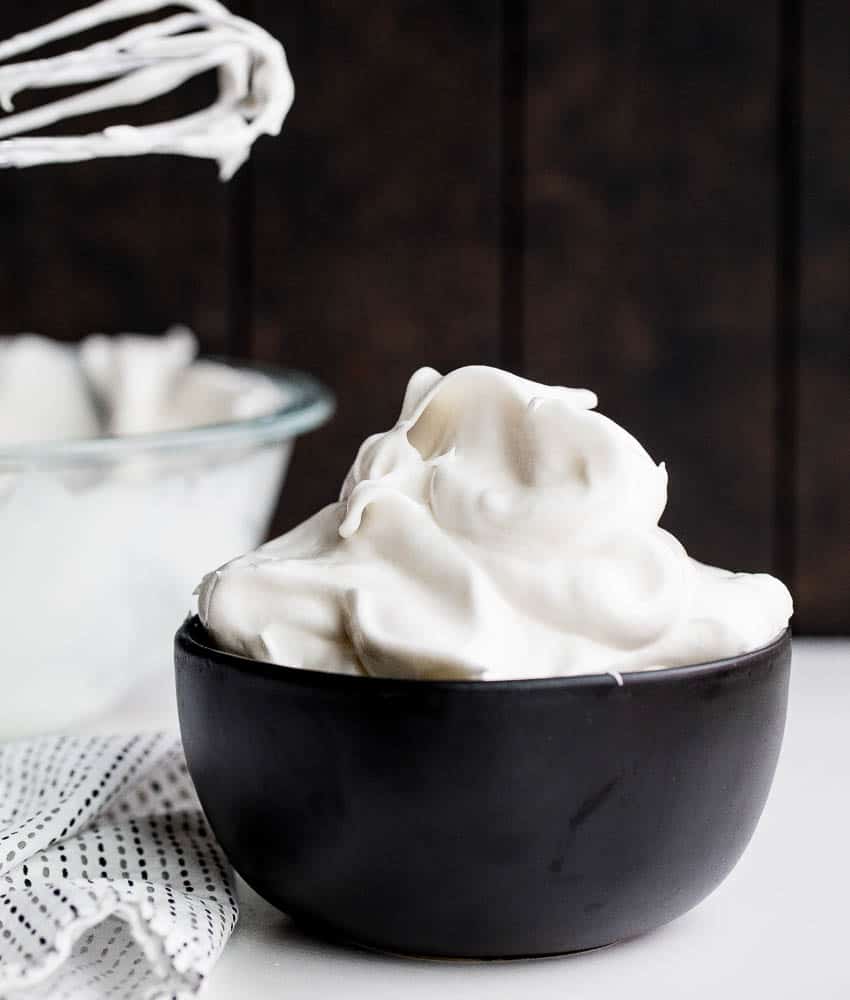 Ok, back to the recipe. Let’s talk about this Low-Carb Marshmallow Fluff for a second.

It turns out that low-carb granulated sweetener (like Swerve) makes some pretty fantastic marshmallow fluff/meringue type of topping. 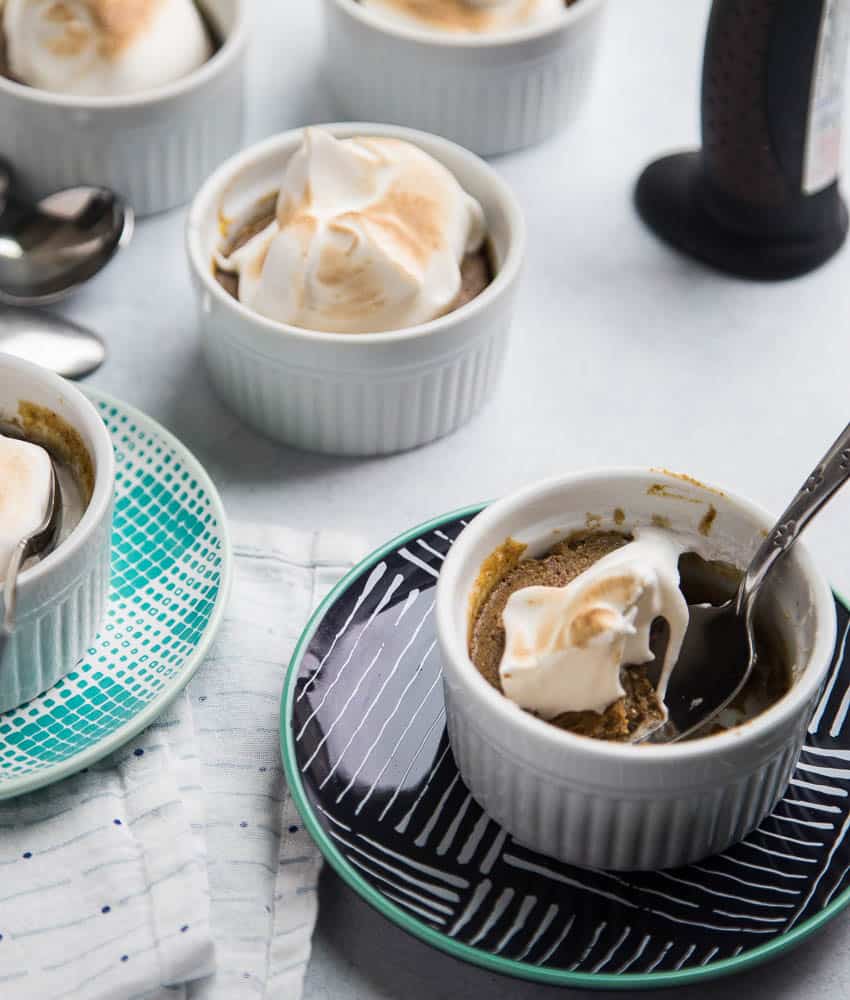 And it’s even better if you can torch it with a small kitchen torch.

Do you have one? Mine came with a creme brulee kit I bought on clearance at Target 10+ years ago after Christmas. I linked to a similar one that’s probably a little nicer than my super cheap one. Honestly I’m surprised it has lasted this long!

I used to think it was a frivolous gadget, but I use it more often than I thought I would — for Tortured Strawberries, S’More Birthday Cakes, and during pie-making when I don’t want to toast meringue in the oven. (Because I almost always forget about it and it burns.)

You’ll also need a set of 6-ounce ramekins, which are inexpensive and easy to find. You can also use pint-sized mason jars.

And can we also talk about the chai spice in these pumpkin pie cups?

My Homemade Chai Spice isn’t made of tea or anything. It’s just a mixture of the spices that make chai so spectacular — baking spices mixed with a little pepper and coriander. And a couple of other things.

Chai spice is like the cooler, exotic cousin of pumpkin pie spice, and honestly, I like it better. (Does that make me extra? Maybe I’m still a basic fall girl anyway because I’m sitting here in an orange plaid shirt and hipster glasses.)

ANYWAY, grab your ramekins, get a torch (if you haven’t yet), and make these super fun Crustless Pumpkin Pie Cups for Thanksgiving.

While you’re at it, grab a copy of The Big Book of Paleo Pressure Cooking so you can use those ramekins on the regular and always have some healthy desserts on hand.

Psst… make some homemade pumpkin puree with your Instant Pot, too! Read How to Cook Pumpkin in an Instant Pot.

For the pumpkin pie cups:

For the marshmallow fluff:

Disclosure: This post contains Amazon affiliate links. Purchases made by using these links don’t cost you any extra and helps to keep my content free. 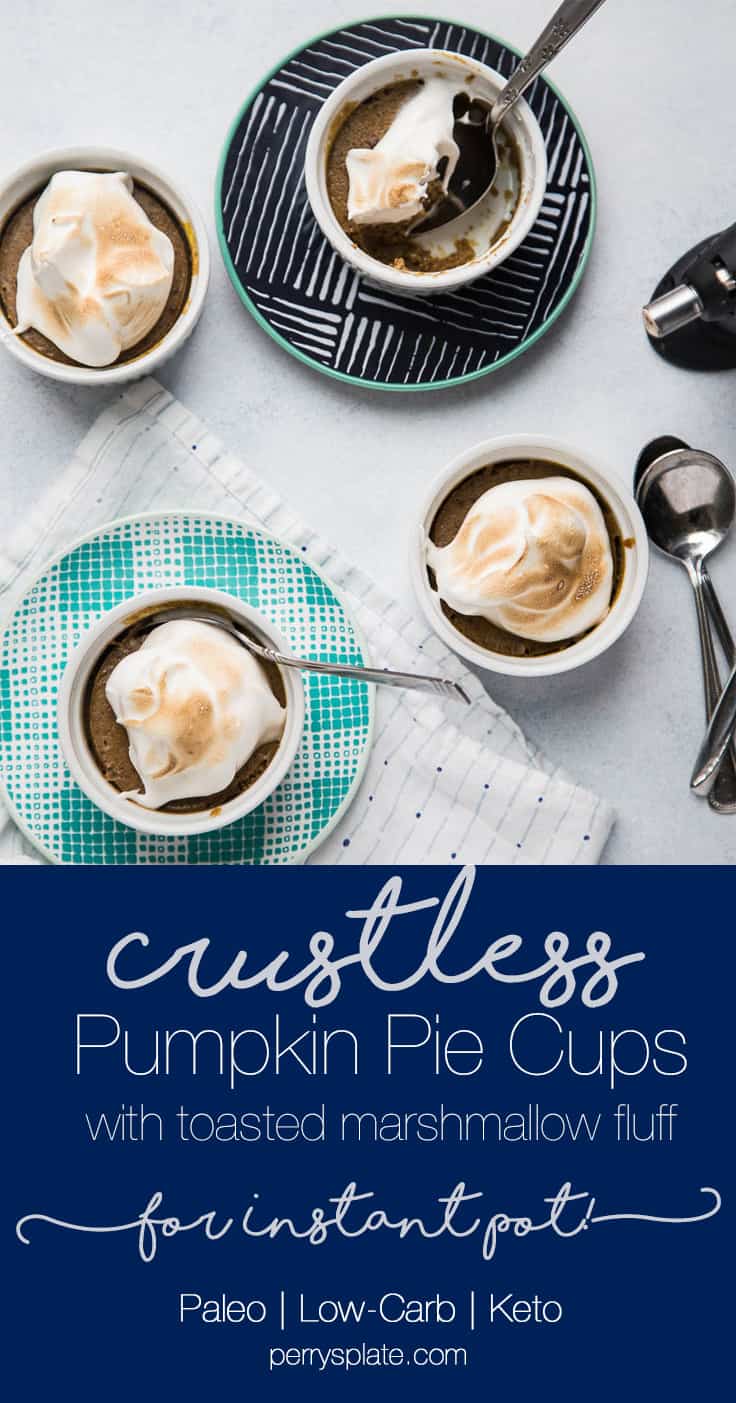 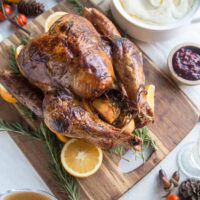 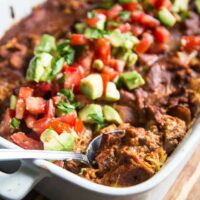 Hello, Can the eggs be substituted or Can you use less than 6 egg yolks?