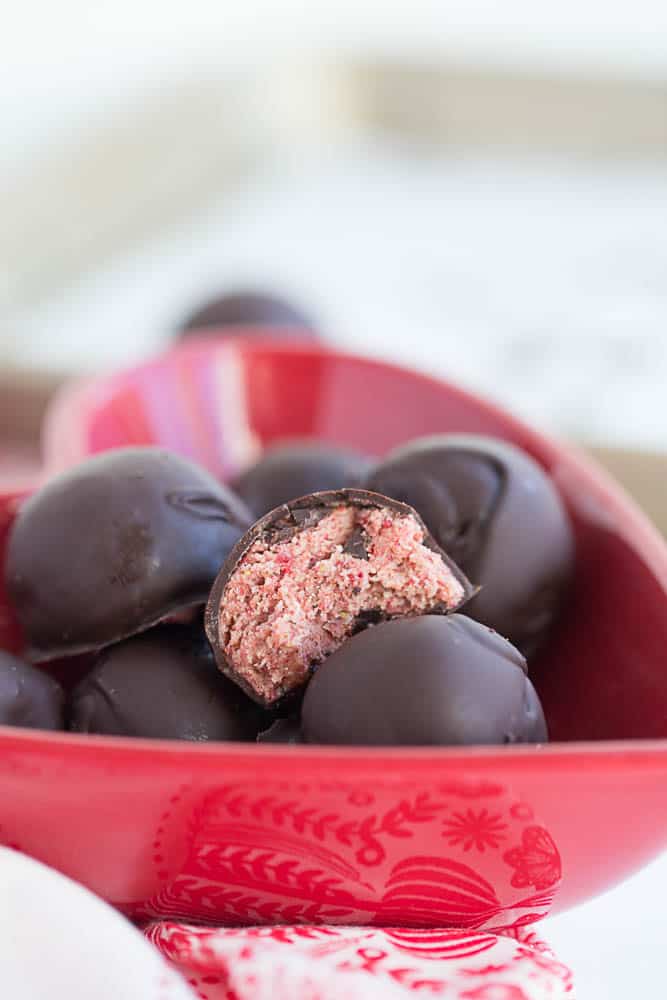 I’ve wanted to make these truffles ever since I posted the Strawberry Cream Nut Butter recipe last spring. Now I’m kicking myself for not doing it sooner because these are just as good as I had hoped they’d be! 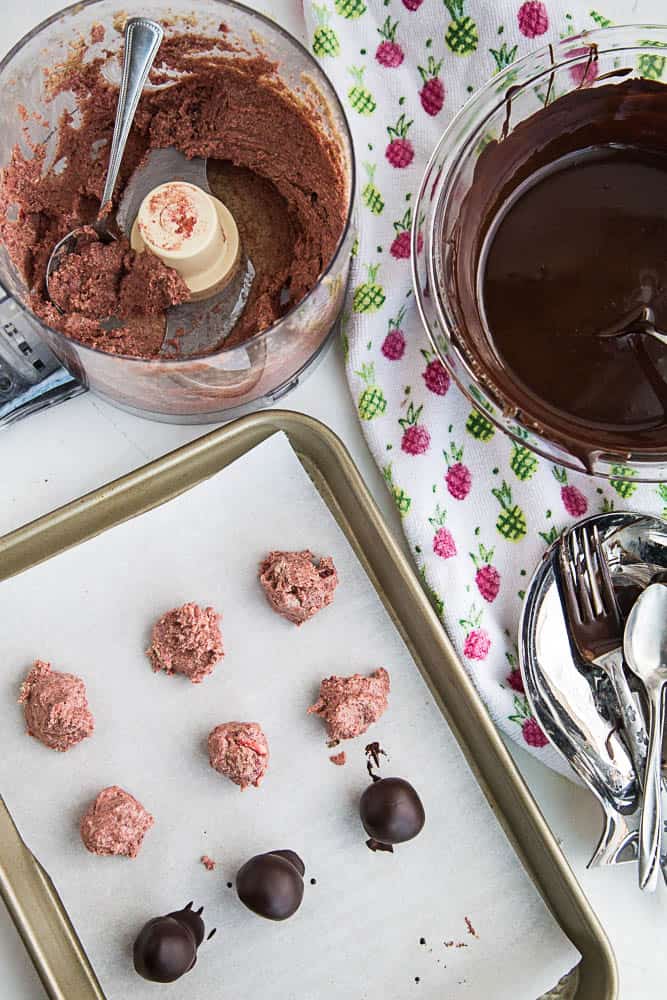 Once you have the nut butter made, just scoop out little balls and firm them up in the freezer so they don’t get mushy when you dip them in chocolate. 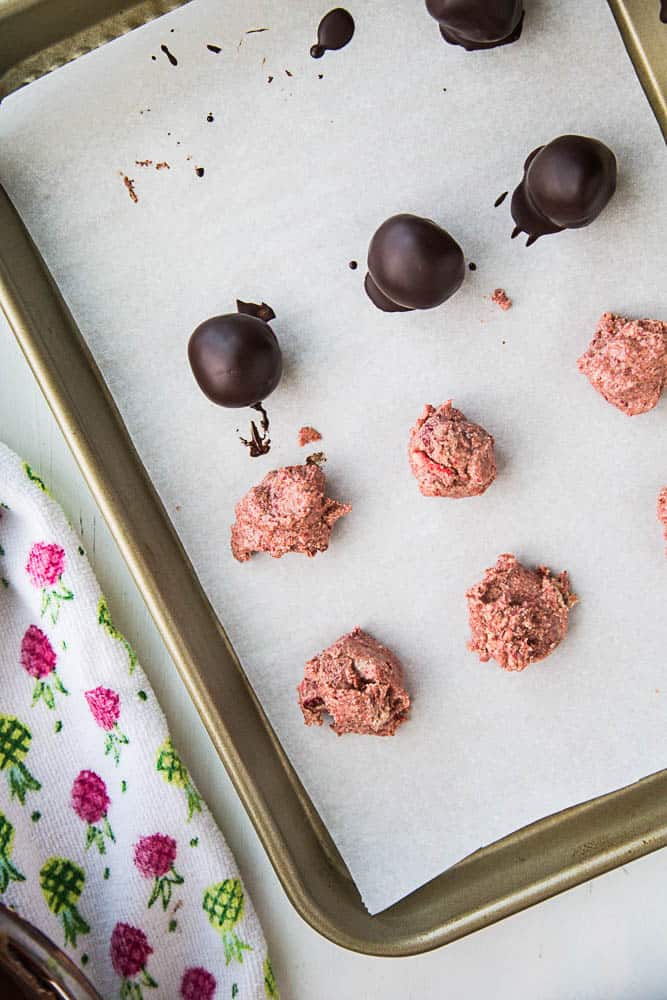 Speaking of dipping things in chocolate….

I feel like that’s an area of cooking/baking where I’m not super confident. During the cake pop craze of 2009 I tried my hardest, but those poor cake pops were not the smooth, shiny treats that appeared in all of the recipes.

Basically everything I dip looks like a toddler had his hands all over it. And there’s always one side that looks mangled from trying to put it back down on the parchment. 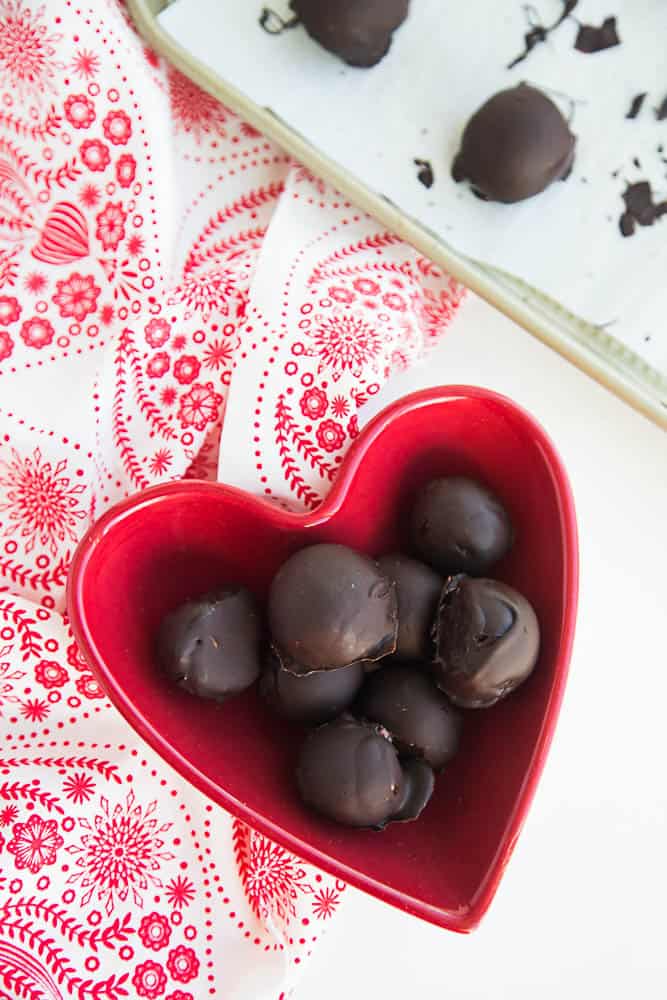 These ones aren’t horrible, but I think nut butter truffles are somewhat easier to make smooth. At least on some sides. 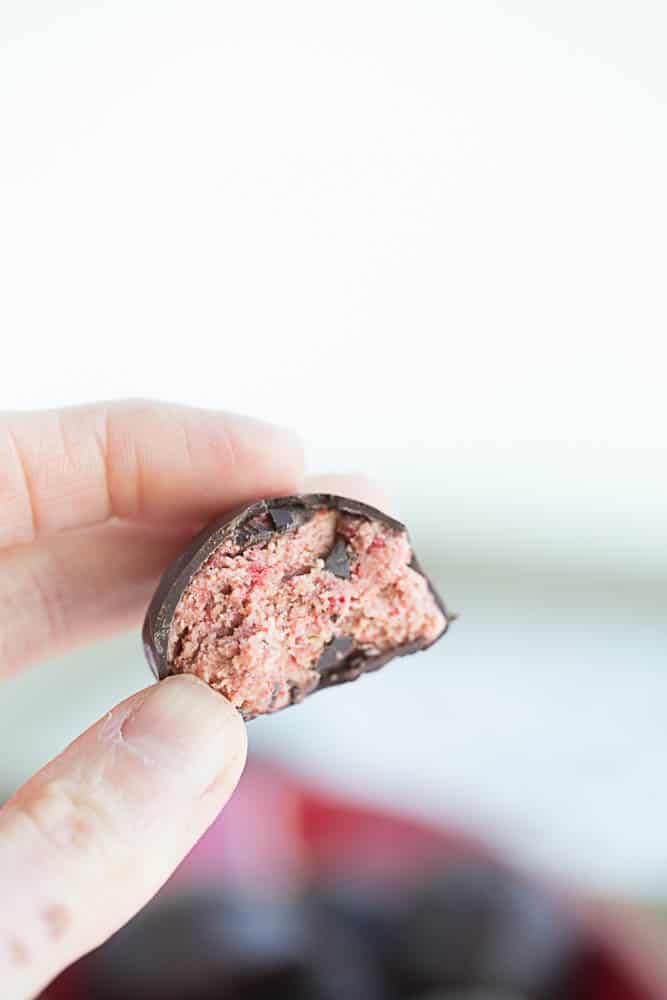 The nut butter itself isn’t overly sweet and I used 70% cacao dark chocolate for dipping. (Psst… I think white chocolate would be amazing on these, but we all know white chocolate isn’t actually chocolate. And has a LOT of sugar.)

The nice thing about the nut butter recipe is that you can swap out the berries. I used freeze-dried strawberries, but you can use raspberries or blueberries, too. (I preferred the strawberries.)

You can find freeze-dried fruit at a lot of grocery stores these days. I usually pick mine up at either Trader Joe’s or Target. I noticed my Safeway down the street had some, too.

These are a great little treat to keep on hand during Valentine’s Day to share with someone who is vegan or trying to keep their sugar/carbs at bay.

Or to keep for YOU if you happen to be coming off of a #JanuaryWhole30. And by you, I mean me. 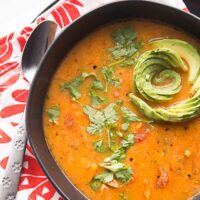 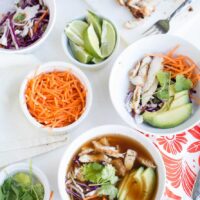 Next
How to Start a Food Blog (and not lose your mind)
Click here to cancel reply.