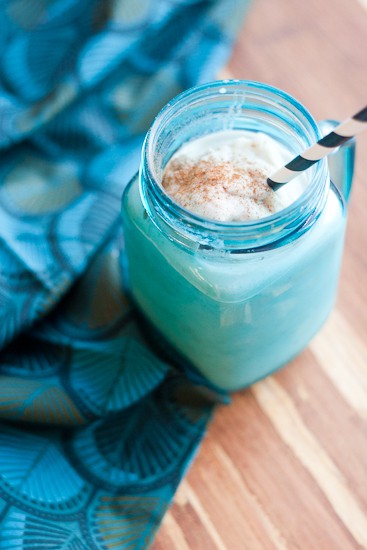 I feel like I’ve been missing out on these for so long. Unnecessarily.

I don’t drink coffee. Like, ever. Because of this, I didn’t think Starbucks ever had a place in my life. Sure, I’ve had their hot chocolate a few times and a cupcake once, but neither impressed me much. Especially for how expensive they were.

Then a very good friend informed me that the vanilla bean frappuccino at Starbucks didn’t have coffee in it. And that it was pretty amazing with a dash of cinnamon on top.

The next day I texted Steve when he got off and he brought one home. I’m sure he felt like a fish out of water, too, because he doesn’t drink coffee either. 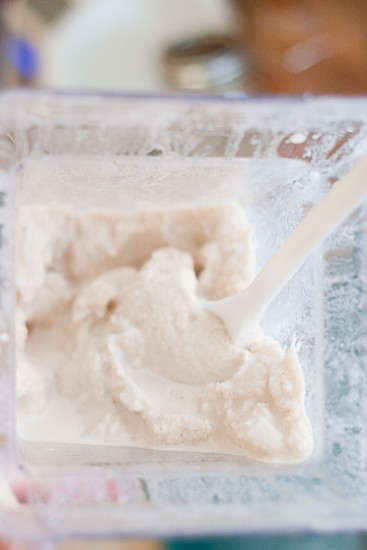 Delicious. Like super-duper delicious. But also super-duper sweet. Whatever frappuccino syrup they use is probably full of corn syrup. (Just a guess. But I’m willing to bet I’m right.)

I loved the idea of them though, so I decided to make my own naturally-sweetened, dairy-free copycat Starbucks version. (That doesn’t cost $5 a cup.)

I created a base out of almond milk, Date Paste (you can use honey or a low-carb sweetener if you like), and the black seedy stuff from a vanilla bean pod.

UPDATE: Vanilla beans have gone up drastically in price since I posted this. You could also use vanilla bean powder or an affordable vanilla extract to get that vanilla flavor.

I froze half of the sweetened milk base into ice cubes and stored the rest in the fridge — sort of a sweetened milk ice situation. When I’m ready for one, I blended the cubes with the liquid base and made a half-frozen drink that has the same consistency of an A&W Root Beer Freeze. (Seriously, have you ever had one of those? To die for.)

The good news is that you can keep a big supply of cubes in the fridge and whip up some liquid mixture whenever you want a Starbucks vanilla bean frappuccino. But not a lot of syrupy sweetness.

The bad news is you’re out of luck for a few hours if you don’t have a supply of cubes.

Don’t run out of cubes.

Also, if you’re wondering what Date Paste is, click over and read my post on how to make it! It’s easier than you think and makes a great natural sweetener.

If you’re a fan of healthy frozen blender treats you NEED to check out the others I have on my site!

Raspberry Sorbet – This is a raspberry variation of the one I just mentioned using freeze-dried raspberries for big punch of raspberry flavor!

Paleo Chocolate Ice Cream – The first thing I ever made in my Blendtec blender. (I got right to the good stuff. Haha.) It’s still a family favorite after all these years. We love adding a drop or two of peppermint oil to this. 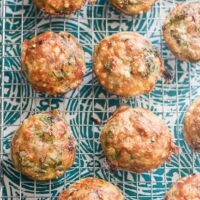 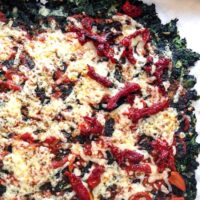 Ha! Now you can join the big kids and talk about frappuccinos. I didn't like coffee until I was in my 40's. Now I love it! But I don't have to have coffee in my frappuccinos, I say hastily, because this looks super drinkable to me.

ooooh, I love the sound of this Natalie!