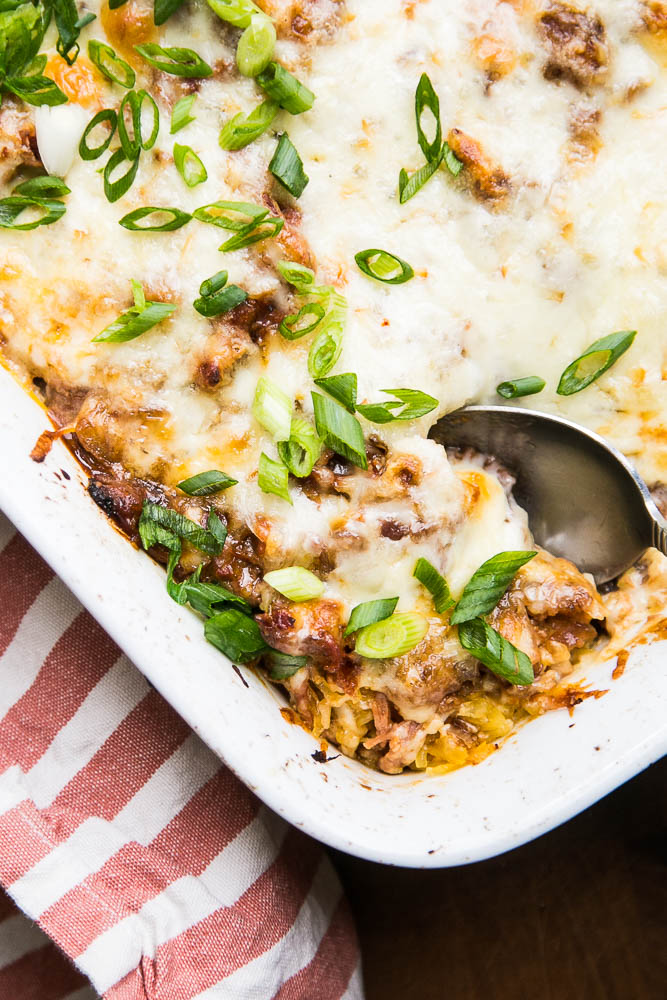 Oh man. I don’t remember the last time that I posted something with ooey-gooey cheesiness. It doesn’t happen that often these days, but I felt like this spaghetti squash bake could be an exception.

But first, Steve’s a patient guy. Have I ever talked about this?

When we’re at a restaurant and we’re eating something SUPER tasty, I pull out my phone and start taking notes so I can recreate it when we go home.

Or I’m taking pics of what we’re eating. Or us eating. #foodbloggerlife

He’s such a good sport. But he also knows that patience will yield some tasty food when we get home. I feel like one of my super powers is to hack restaurant food.

The first time we went to Boston in 2018 we ate one of the most DELICIOUS pizzas of our lives at Regina Pizzeria (the one on the north end of town).

It was a speciality pizza that wasn’t on their regular menu with BBQ pulled pork, caramelized onions, roasted chiles, pepper jack cheese, and SMOKED MOZZARELLA.

That pulled pork pizza was RIDICULOUS. It totally blew our minds.

Side note: You East Coasters are pizza masters. Between the pizza we ate in Boston and in NYC, I’m getting to be more of a pizza snob.

I created a REALLY good copycat version and posted my BBQ Pulled Pork Pizza over at The Pioneer Woman.

Meanwhile, I wanted to use the same flavors and create a grain-free version for Perry’s Plate. Because I love finding ways to use leftover BBQ pulled pork

(Have you tried my Instant Pot Pulled Pork recipe? Another reason why Instant Pots are amazing. I just wish it had a smoker setting.)

So took the toppings and flavors from that fabulous pizza and made it into a spaghetti squash bake.

Have you tried my other spaghetti squash bakes? I linked to them at the bottom of my post. They’re my attempt at getting my kids to like spaghetti squash. (So far I have only one taker.) Steve and I LOVE them and often eat them throughout the week for lunch. 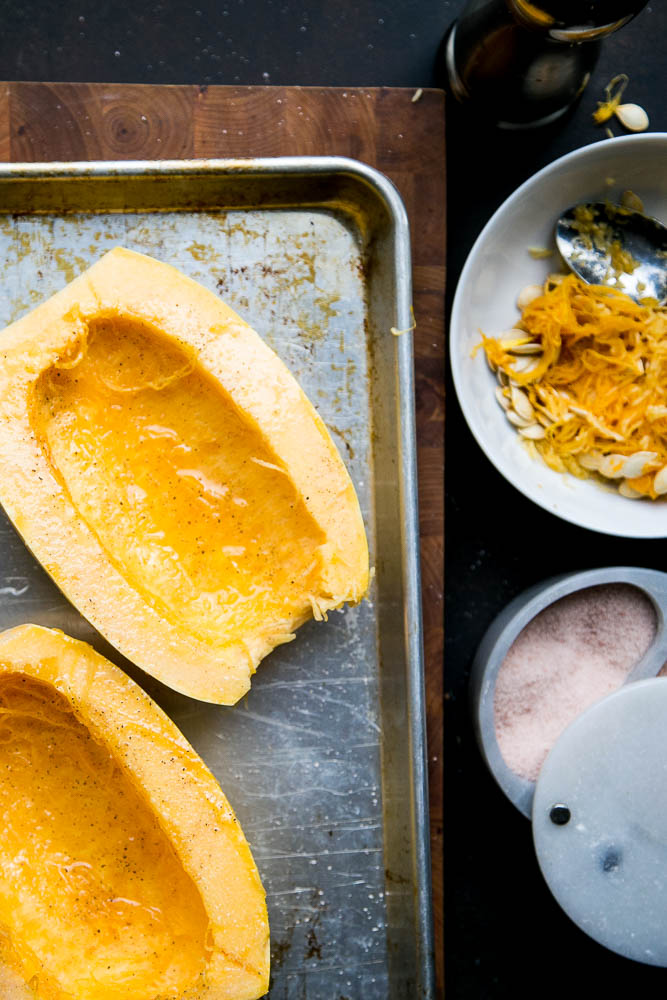 I like roasting it for these bakes because more of the liquid cooks out.

You don’t want your bake to be soupy. Ew.

Here’s how I prep my spaghetti squash:

How to prep a spaghetti squash 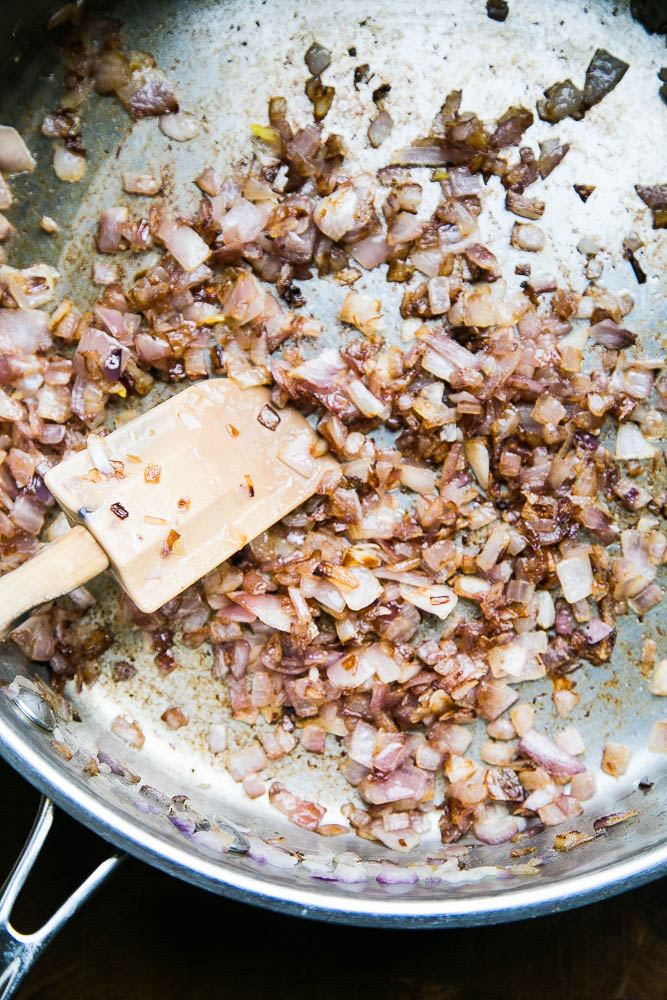 Also, you don’t need sugar to make caramelized onions. Just a pinch of salt and some kind of cooking fat. (I like to use butter. For obvious reasons.)

I used a red onion for this, but you can use any onion. Sweet onions make excellent caramelized onions, but if you can find Vidalia onions… those are the BEST. They practically turn to candy. It blows my mind. 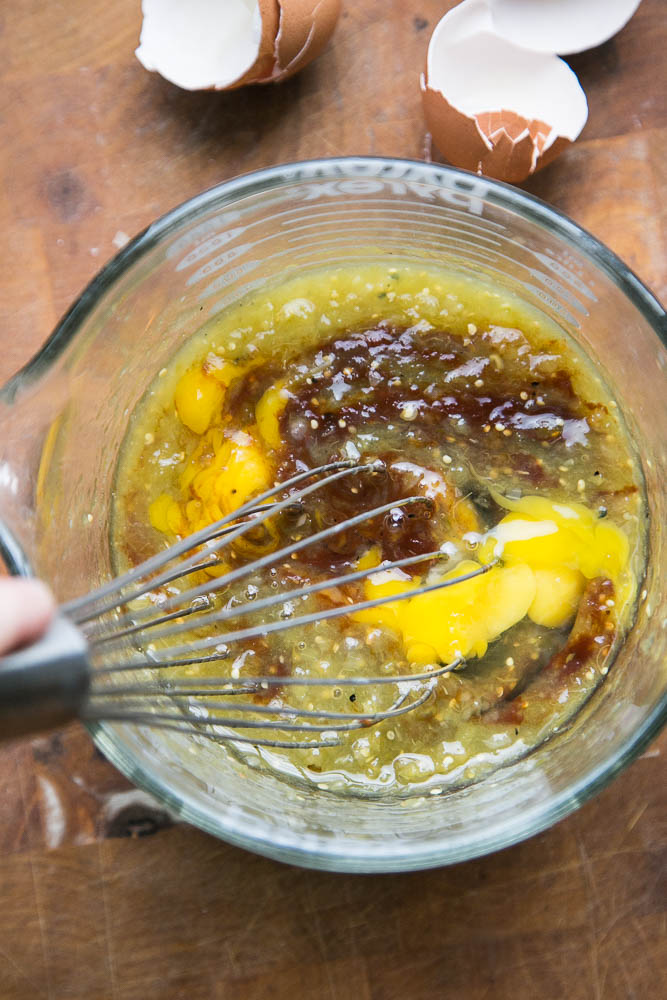 All of my spaghetti squash bakes have a sauce that gets poured over the top. In this one, I used salsa verde (to get that roasted chile flavor in there) with a little BBQ sauce.

I also add a couple of eggs to help the bake hold together and add some richness. You could probably leave them out if you have an issue with eggs.

KETO ADAPTATION: BBQ Sauce isn’t known for being low in carbs. If you want to make this recipe even lower carb or keto friendly, use a keto BBQ sauce when you make your pulled pork.

You can use any of my BBQ sauce recipes and sweeten it with a low-carb sweetener:

I also have several BBQ sauce recipes in my cookbooks. The Smoky Maple BBQ Sauce in The Big Book of Paleo Slow Cooking is particularly good. 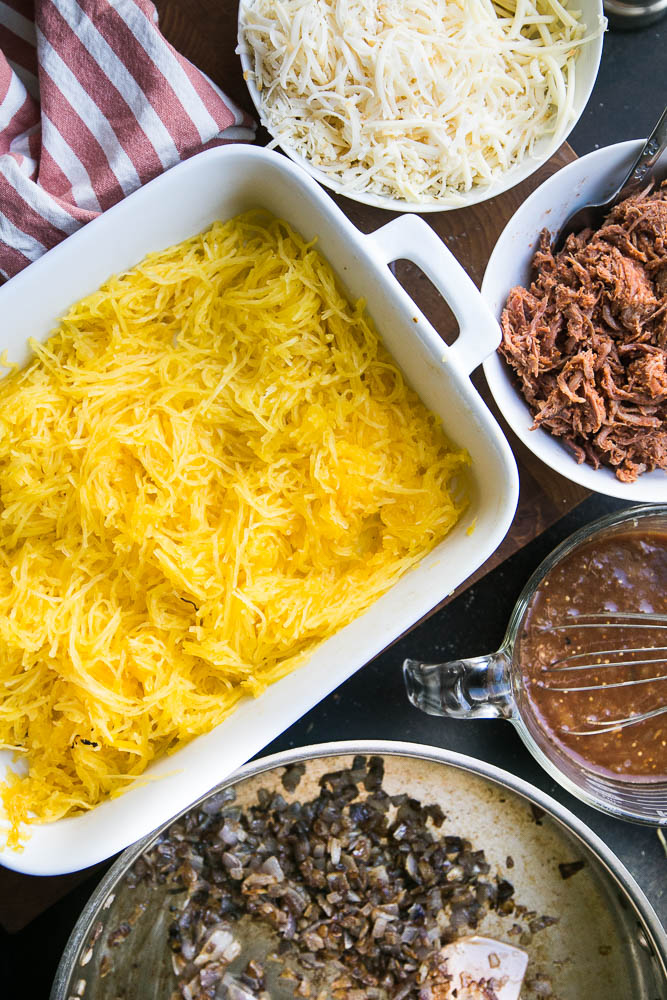 Scrape the spaghetti squash into a baking pan (I used a 9×13). If the squash seems a little wet or watery, pat it down with some paper towels to remove the moisture. 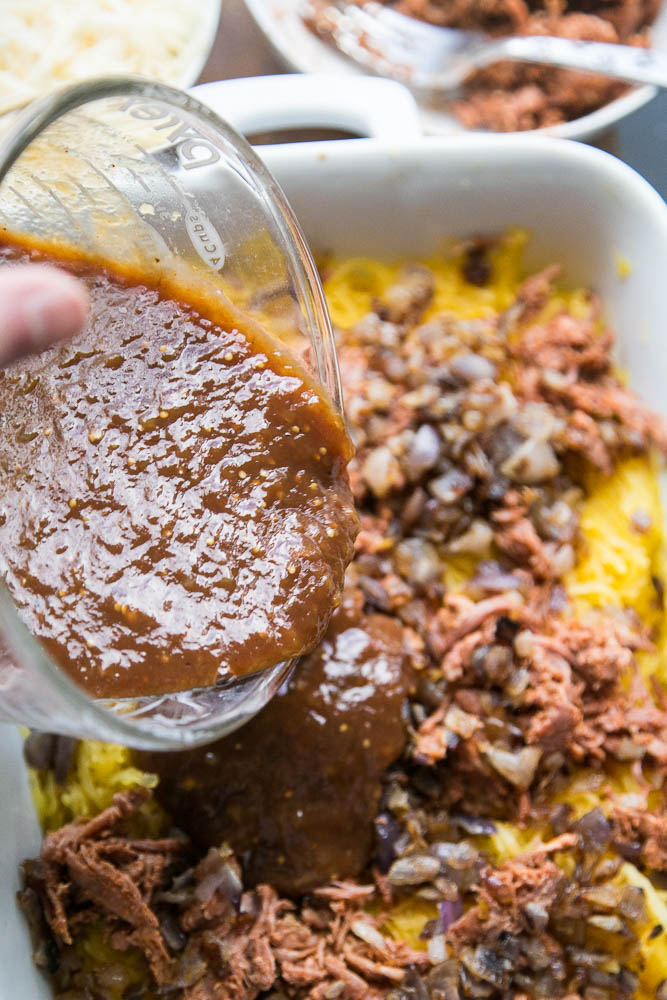 Spread the pork and caramelized onions evenly over the squash and then pour the sauce on top. I use a fork to swirl it into the squash so it gets spread around evenly. You don’t have to stir it. Just push the squash around a little.

Am I making any sense? 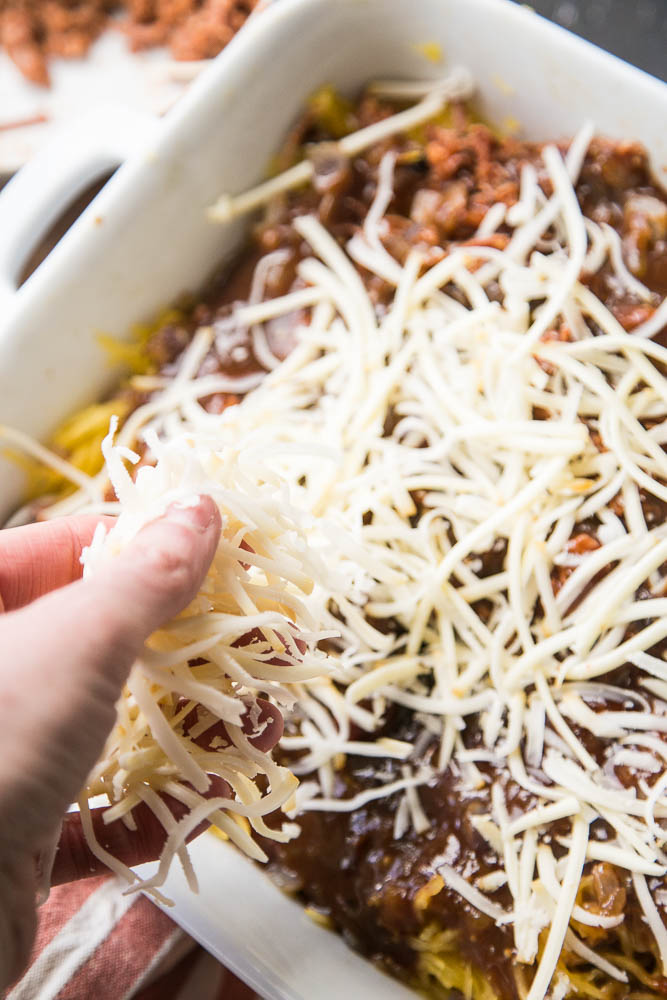 If you want to make this dairy-free you can totally leave the cheese off! 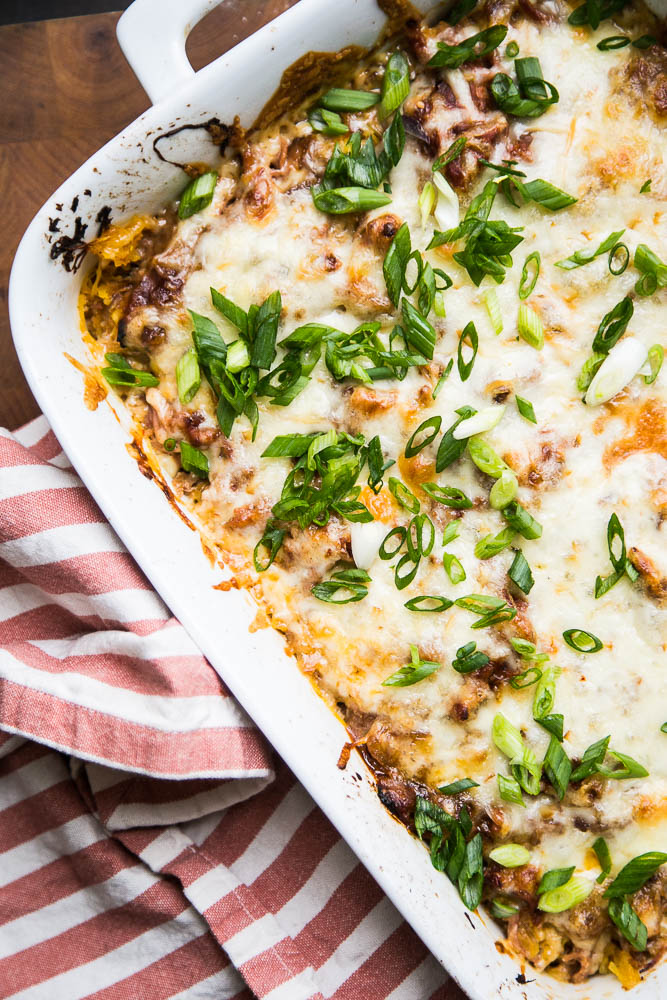 A sprinkle of sliced green onions on top was the perfect garnish, too. 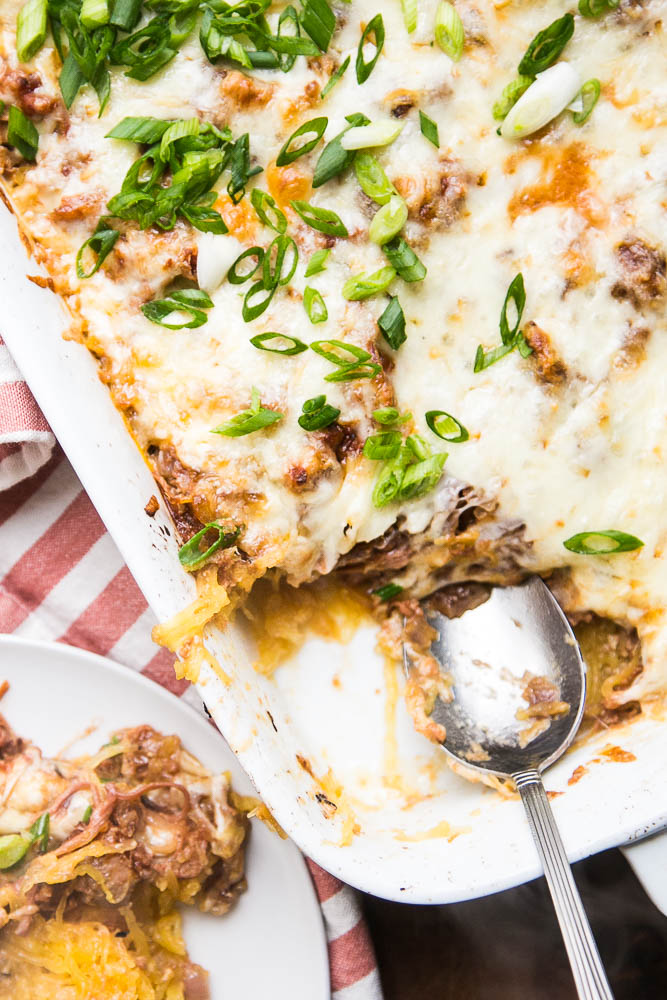 Dish this baby up and serve!

It also reheats beautifully. And it captures all of the flavors of our favorite pizza without needing a crust.

Have you tried any of my other spaghetti squash bakes? They’re all dairy-free, Keto, & Whole30 friendly!

The Buffalo Ranch Chicken Spaghetti Squash Bake was the first. I was never into buffalo-flavored things until I made this. Now I’m a convert.

After needing to use some leftover Whole30 Enchilada Sauce, I created the Chicken Enchilada Spaghetti Squash Bake. Again, all of the flavors of chicken enchiladas without tortillas! This version doesn’t have cheese, but you could totally add some if you wanted.

The most recent bake is my Green Chile Chicken Spaghetti Squash Bake. I LOVE salsa verde. A lot. I also love ranch. So I put them both in here with some roasted onions. It’s totally delish. 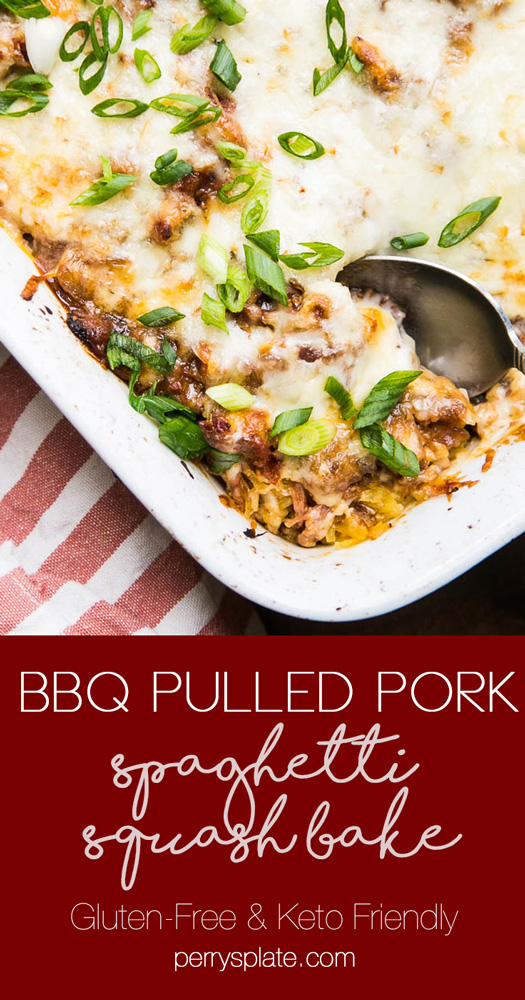 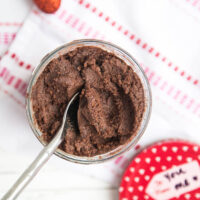 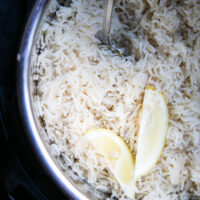 Tried this tonight. It was very good. Think my spaghetti squash was too big though as it could have used more sauce in mine. I will also put a little more cheese on top next time. But overall it was good.

I'm glad you liked it!

Wonderful. I added jalapeño, we like jalapeño, so good. This is truly a great recipe. I have a binder of do again. This is in there. Let me know if you want me to be a tester. We’re retired and can test.

I'm honored to have made it into your special binder!