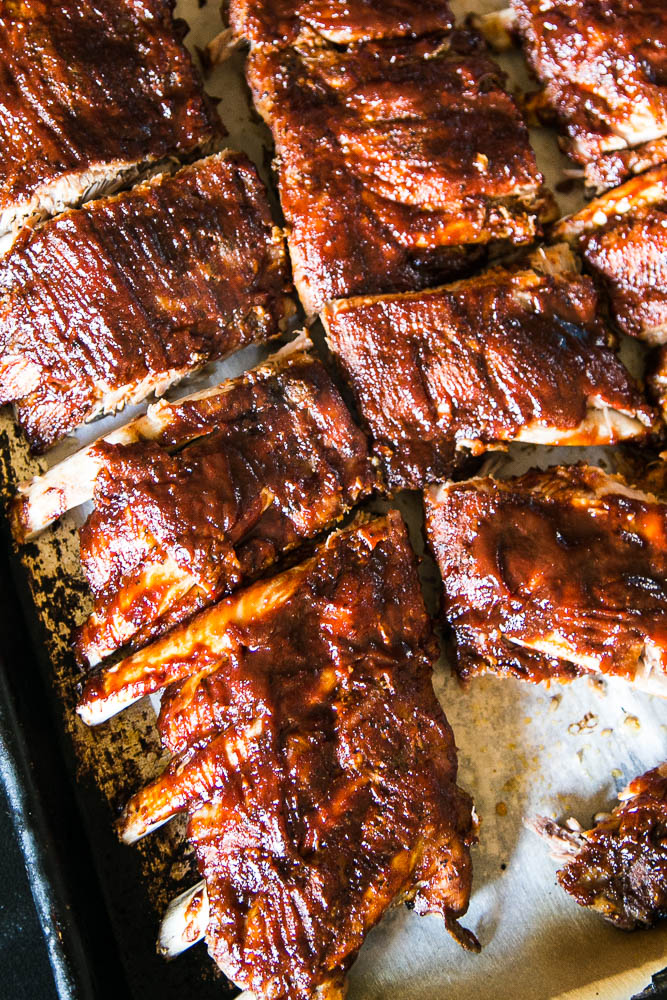 How’s everyone hanging in there?

We’re into week 2 of #stayhome and although Steve and I still have our chiro office open, we don’t go anywhere.

(Honestly, it’s not that different from my regular life. Heh.)

One thing I’m grateful for is all of the stuff I stashed in the freezer. Including ribs.

Before Instant Pots came out, ribs used to be a lot of time and effort to get them to that tender, fall-off-the-bone place. 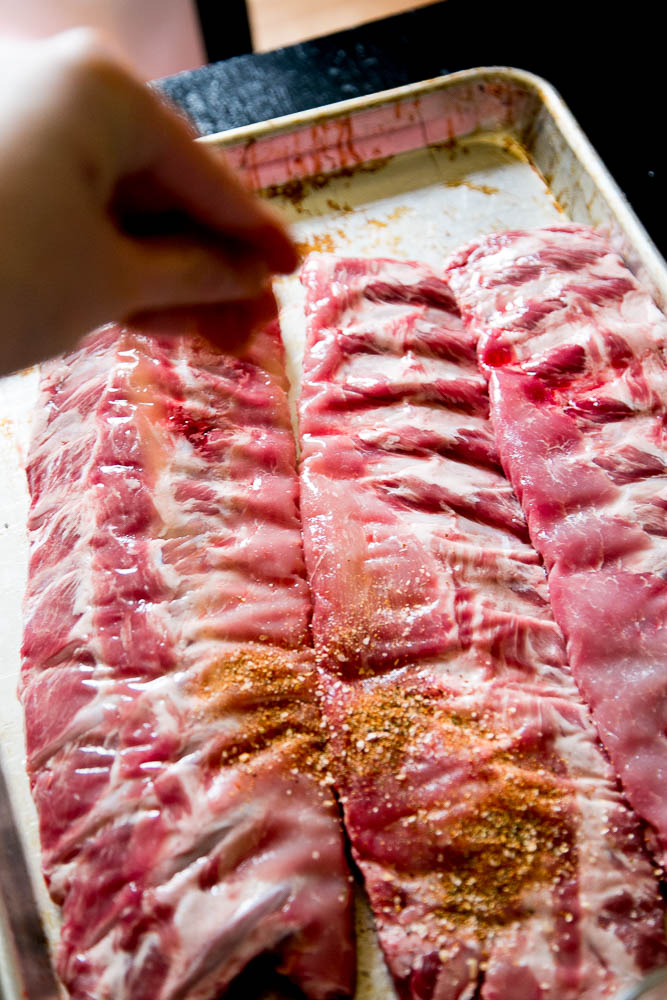 Throw a quick rub on them.

(It’s literally just steak seasoning. I usually make my own Homemade Montreal Steak Seasoning, but you can use whatever favorite steak seasoning you like.)

And put them in your Instant Pot for just a few minutes!

Do You Have to Marinate Ribs?

Well, you’ll always get more flavor if you let that seasoning sit on them for a while.

As far as making them tender — no, it doesn’t matter. 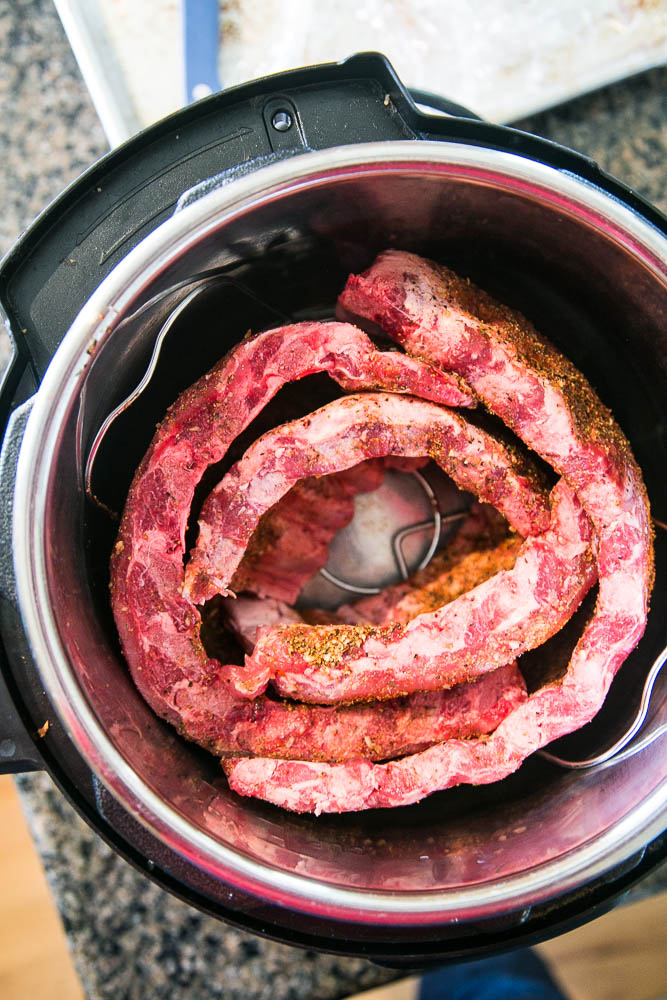 Then you put them into your Instant Pot like this!

I do want to say that these racks are pretty small. I bought some well-sourced ones from a local hippie grocery store and they tend to be much smaller than the regular ones you see at Costco or the grocery store.

If you’re using the regular rib racks that are much larger, you can probably just get one rack in there. I cut it in half so it fits better. 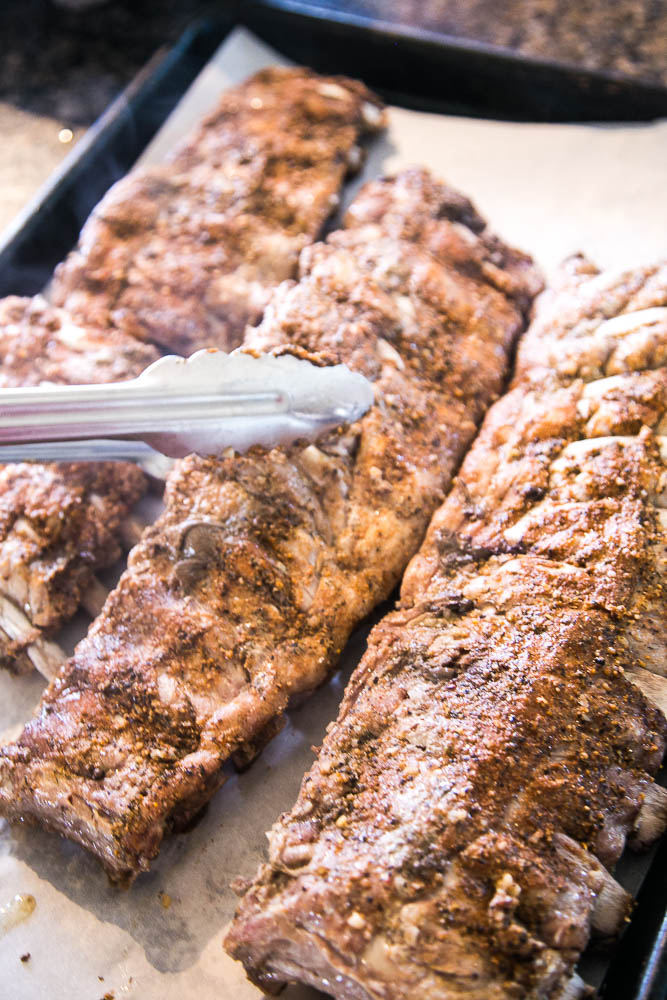 They’re not super photogenic when they come out.

But they should be pretty tender. 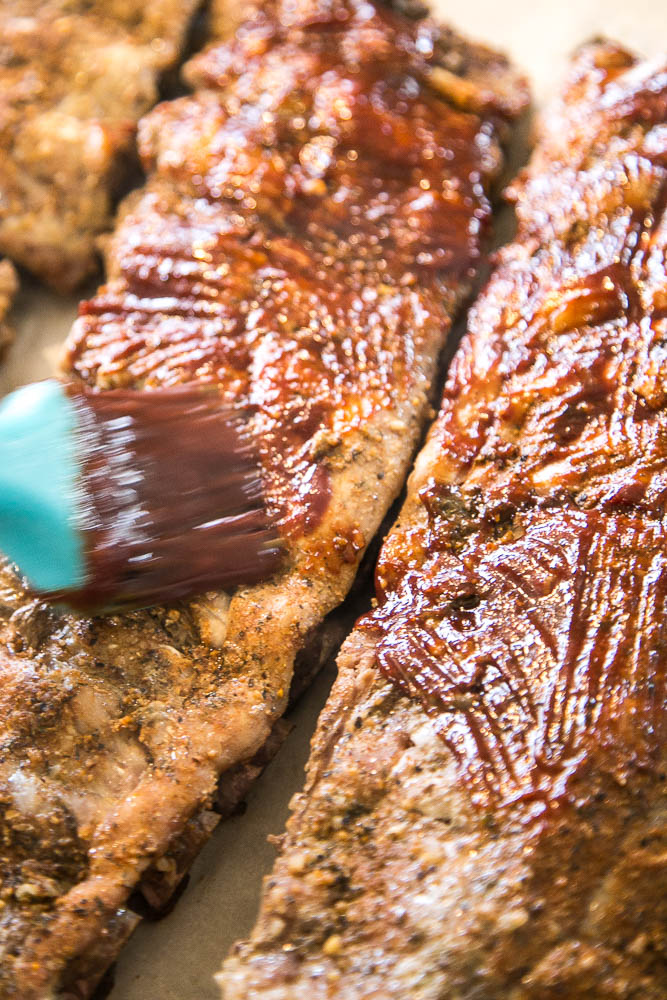 Now, grab some BBQ sauce. Whatever kind you want.

I have a few healthy, low-sugar BBQ sauce recipes if you want to check them out! You can make any of them low carb by swapping out the sweetener 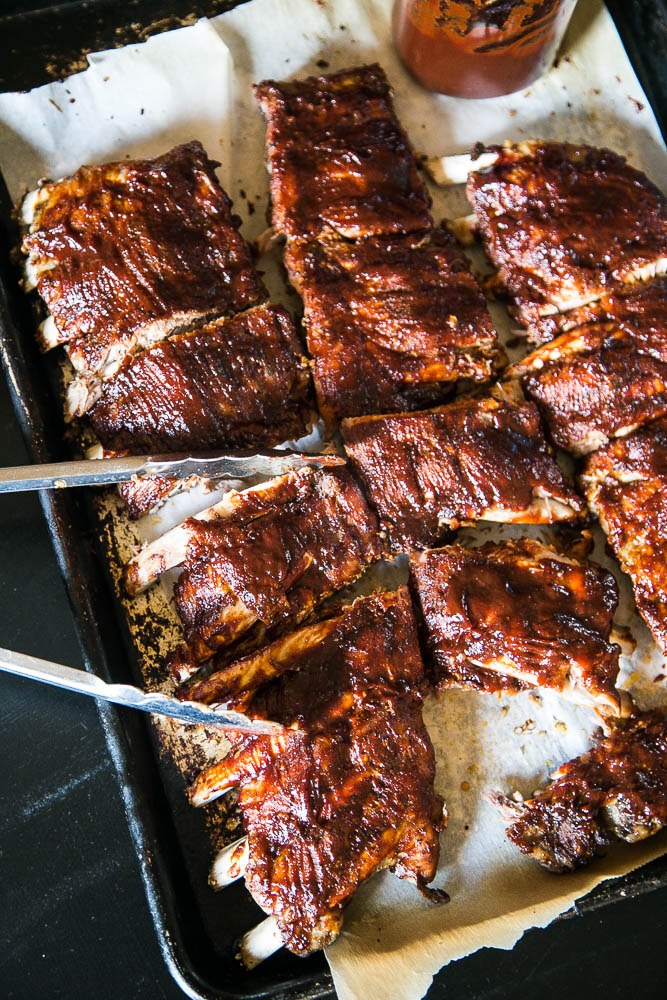 After a quick trip under the broiler and a couple more layers of that BBQ sauce brushed on, voila!

You’ll love these. They’re ridiculously easy and turn out fabulous every. single. time.

What to pair with BBQ ribs?

These are some of my favorite side dishes for ribs:

Instant Pot Steakhouse Mashed Potatoes — I make this the most often with ribs. The recipe is in my cookbook — The Big Book of Paleo Pressure Cooking. I love having a second Instant Pot for times like this! 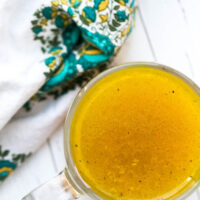 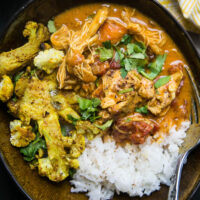