Hi! This recipe has been updated and reposted! You can find a paleo/Whole30/Keto INSTANT POT version right here:

Though a popular soup at Olive Garden, this isn’t meant to be a “copycat” recipe. It might taste pretty close, but I can’t even remember the last time I had this soup, let alone ate at OG. (Not my favorite place. Carino’s stole my heart.) I ran across a couple of recipes lately and combined them according to my liking and this is what I ended up with.

This soup is rich, creamy and the flavors just pop, for lack of a better word. The type of sausage and chicken broth you use are important as the majority of the flavor in the soup come from those two. So get good quality broth and sausage that you like.

This soup also has kale in it. If you’ve never had kale, here’s a (slightly wilted. . . the kale, not the photo) shot of this good-for-you green: 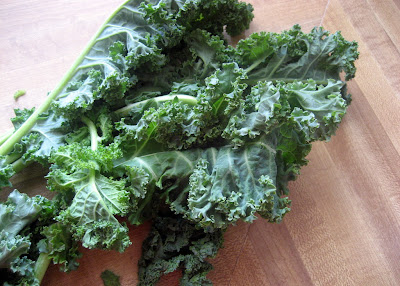 Never used kale? It’s easy to prep, just take a hold of the stem like so: 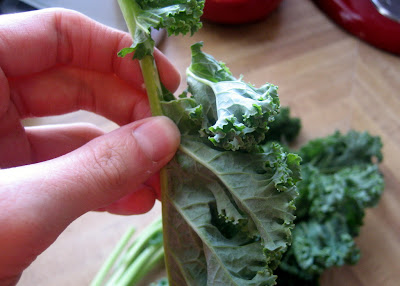 rip off the leaves from the stem, then chop them up however you want. Easy. One of the things I like about kale is that it’s a tough green. Tougher than spinach and won’t turn slimy when you add it to soup — even after 20 minutes of simmering. And don’t be afraid to use a lot. Like just about all greens, the mountain you have sitting on your cutting board won’t take up that much space once it’s cooked. 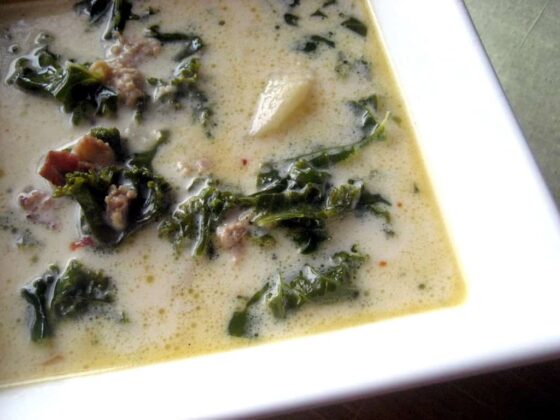 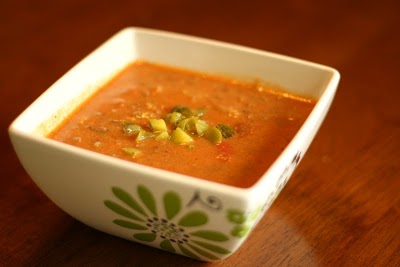 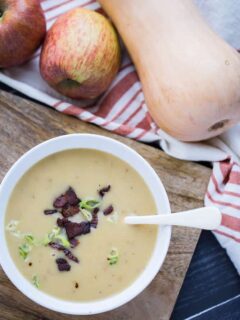 Next
Apple-Squash Soup with Bacon
Click here to cancel reply.

This is another fantastic recipe Nat! I worked with what I had on hand, which was ground beef, ham, and sweet potato and it was the most delicious soup I have ever tasted! This will be in the usual rotation from now on <3 Thank you so much!

Oh yum!! That would be a great variation! Thanks for letting me know!

Wow !!!! That's all I Can say.....I used the Tuscan chicken broth in the carton and the carton and man did the flavors pop.  I also used both hot and mild sausage.  I will def be making this again. Thanks for sharing!

So glad you enjoyed it!

I actually used to work at OG and would bring this soup home for my husband. After I stopped working there, figured I should find a good recipe. I've made this a few times now and we LOVE it! I'm not even a sausage and potatoes person, but I can eat bowls and bowls of this soup. Better than olives garden. Yum!

We thought so, too! That's a huge compliment coming from someone on the inside. ;) Thanks, Brittany!

Love this recipe. I have made it for a couple years now and it is a family standard in our house. Now that it is fall I have it simmering on the stove and my husband walked by and said "ohhh I love that soup!" Thanks for a great recipe!

Fantastic recipe! This is our new favorite! The bacon makes the dish. I used half and half instead of the cream because it's what I had in the house, and I think I actually prefer it with a little less fat.