Yes, it’s possible to have a green smoothie that tastes good.

I should probably preface this by saying if you’re one of those hard core “I use a beet to sweeten my all-greens smoothie” kinds of people, then this might not appeal to you.

I’m not that hard core with a green smoothie.

Like, not even close. I’m a fruit smoothie girl who would rather roast her vegetables than drink them.

I recognize the value in blending vegetables, though, because I doubt I’d sit and eat all of this plain. Especially for breakfast.

Can I put protein powder in this green smoothie?

If you’re looking for a clean, dairy-free, grain-free protein poweder, Rootz is it. It’s my favorite and one of the only powders I’ve tried that doesn’t hurt my stomach. And you can get 10% off by using my code — PERRYSPLATE.

Last summer after I had finished nursing my baby, I wanted to do a juice/smoothie detox. Mostly because I’d never done one, and I wanted to try it.

OK, that was only a small reason. It was because I was going to be in a wedding in a little over a week, and I wanted to loose some belly pooch. Dr. Oz’s 3-day juice cleanse looked good, so I tried it.

(This is not an endorsement for Dr. Oz. He has some OK ideas sometimes, but he contradicts himself a LOT and gives horrible advice depending on who is sponsoring at the moment. Steve likes to watch it and pick all of his recommendations apart.)

So this smoothie was the “lunch” smoothie from his cleanse, and it was my favorite out of the three.

I found it odd that I liked it so much considering this smoothie was the least popular among people online who had tried the cleanse.

I tweaked it slightly, and I make it to have for lunch every now and then. Especially if I’ve eaten a lot of rich food lately.

How to make a smoothie taste good

A couple of the kids would still rather have a “smoothie store” smoothie than anything we make here, but will still drink it if it isn’t green.

They also used to dip pieces of ham in maple-sweetened yogurt, so I wouldn’t trust their judgment.

Put everything in the blender in the order listed. Blend until smooth! If you don't have a power blender (like a Blendtec/Vita-mix), then add more almond milk if it gets stuck. Taste and add a few more pineapple chunks if you'd like it sweeter.

Serves two or one as a meal.

Adaptation: Once I used half of a pear instead of apple, lime instead of orange, and added an inch of fresh grated ginger. Loved it, too! 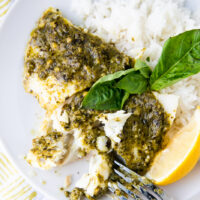 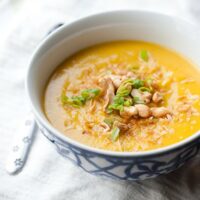 Did I miss the part where the instructions said to strip the strings from the celery? OMG, the flavor is great, but texture is awful. Maybe you have a more powerful blender? IDK, but stripping is too much work, never again using celery.

Ah, yes. I have a Blendtec. If you don't have a a high power blender like a Blendtec/Vitamix/Ninja, then I'd recommend stripping the celery or swapping it out for more cucumber. I'm glad you liked the flavor though!

Hi, Looks great,, but,, Why not add protein to the smoothie? I use whey because vegan protein tastes horrible.no matter what brand and hemp and chia provide not enough protein and way too many calories to overdo them in a smoothie. Without a smoothie having at least 25 to 30 grams of.protein, you will be looking to eat a little whie after having after having smoothie..

Go ahead and add some protein if you like.

Made this smoothie! I can’t say it’s my favorite tasting smoothie, but it does taste good for having so many veggies in it! The only thing I can figure out is how to get it to be smooth. If I blend it for too short, I feel too many small bits. And if I blend for too long, it gets too warm and doesn’t feel like drinking a smoothie. Any tips on how to get a smooth blend?

@Natalie Perry, im curious about the stomach part. Is it bc it makes u go to the bathroom more than normal and if so, how many times a day or week.

Are you using frozen pineapple? What kind of blender are you using? A high powered one will get it blended quickly and using more fruit that's frozen will keep it chilled.

I only like fruit smoothies not a fan of veggie ones