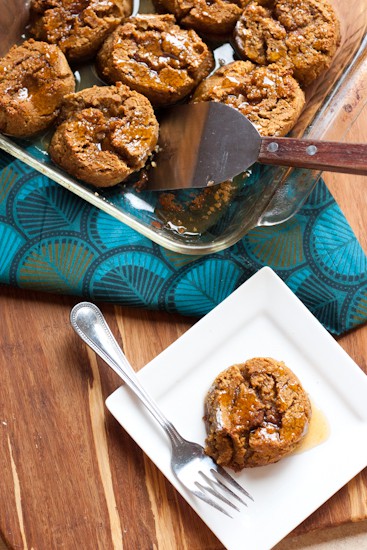 Do you have a traditional Christmas morning breakfast?

We make it special, but we don’t eat the same thing every year. This year the girls have been begging for French toast for a while so I picked up a loaf of gluten-free bread and we’re going to do it eggnog-style. With bacon.

If you’re wanting something a little cleaner, these Paleo Pumpkin Cinnamon Rolls would be perfect for special breakfast! (And they only take an hour from start to finish!)

I (wildly) adapted a cinnamon roll recipe found in Real Snacks by Lara Ferroni. I did a review about Real Snacks a while back and loved the homemade alternatives to a lot of popular store-bought snacks. While the recipes aren’t paleo, they’re much cleaner than their store-bought counterparts and she even throws in gluten-free and vegan variations for each recipe.

My mom purchased the book after I reviewed it and was the first to try out her cinnamon rolls, which have become a favorite of my 4-year-old niece when she comes to visit. I’ve made them several times myself, tinkering with flour combinations, but I wanted to make these grain-free. 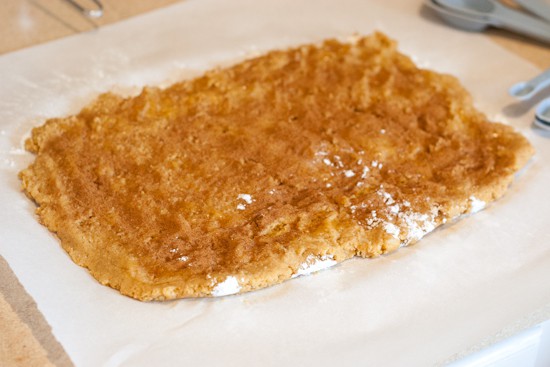 These aren’t your typical yeast-raised cinnamon rolls. They’re more biscuit-y. And the dough is pretty soft and wet — like thick mashed potatoes. 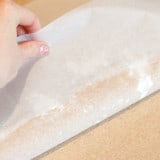 When you roll them up, it helps to have a piece of parchment or wax paper underneath. I was reminded of rolling sushi  as I pulled the parchment up and used it to roll the sticky mess into a log-shape.

It really does work. And I highly recommend doing it this way.

I would probably end up throwing the dough across the room if I tried to roll it straight off the counter. Honest. 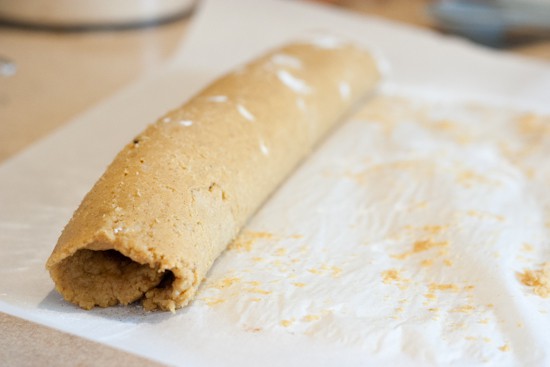 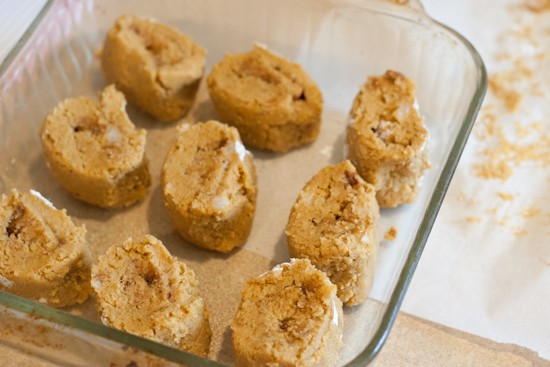 They don’t look very cinnamon roll-like, but if you have any experience with paleo baked goods, you’ll learn to lower your expectations when it comes to appearance. 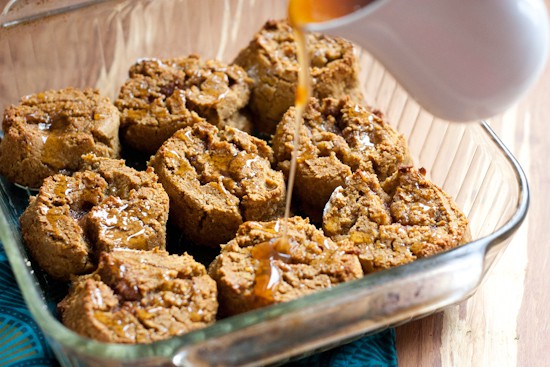 Looks really are deceiving though because these babies, once topped with a super-easy Apple Cider Syrup (which may or may not be technically paleo — hey, it’s Christmas!), are super good. 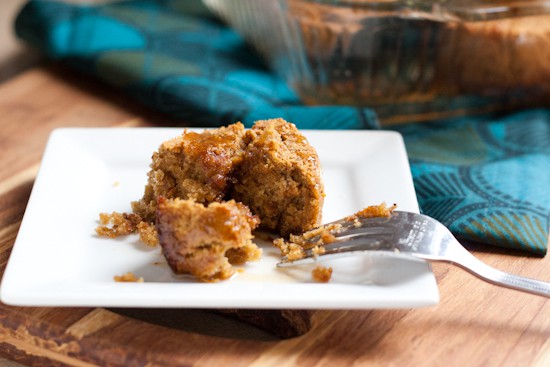 I was thrilled at the texture! They’re soft and a little crumbly, but sticky enough to hold together well. And perfectly sweet.

If you want to use homemade pumpkin puree in this, check out my How to Cook Pumpkin in an Instant Pot for directions to make your own pumpkin puree!

If you’d rather have scones, try these Low Carb Pumpkin Scones from Carolyn at All Day I Dream About Food! They’re even grain-free.

Nat's Note: To make cider syrup, boil a quart of unsweetened apple cider until it reduces to one cup. This will take 35-45 minutes. Let it cool and store in an airtight container until ready to use. Keeps for a couple of weeks. If you started the cider before you start the cinnamon rolls it would be finished around the same time. 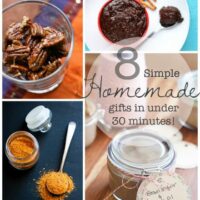 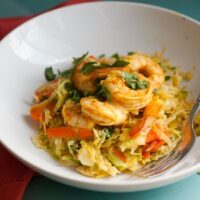 Nat, these were really, really, really just perfect!! I love the texture and that they aren't overly sweet. I used maple syrup instead of honey as the drizzle before rolling and then topped with a little cinnamon/coconut sugar mixture on top before sticking in oven. These will be in my menu rotation from here on out! Thanks so much!! -Dana

Well they may not be like regular cinnamon rolls, but WHO cares. They look pretty special to me. Great for Xmas breakfast, but a treat for any Sunday brunch too.