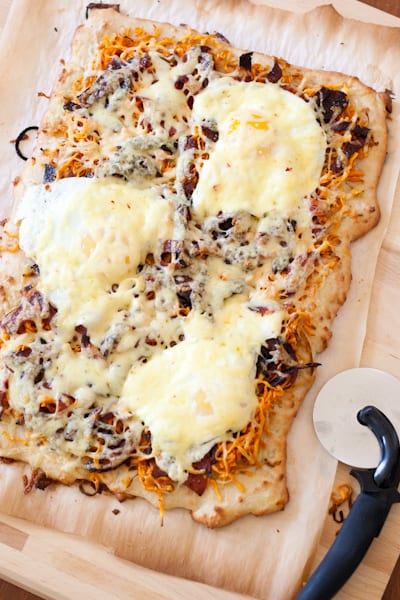 My mom used to make breakfast pizza when I was growing up, but I don’t remember if we actually ate it for breakfast or for dinner. All I remember is that my brother hated eggs and he would point to the jiggly whitish parts underneath the toppings and ask what it was.

“White cheese,” my mom would say.

And he’d happily eat it up.

I have an egg hater as well, but when I put fried eggs on top, it’s not so easy to convince her that it’s cheese. She’s actually picky about cheese, too. (Sometimes I wonder if we’re related.) 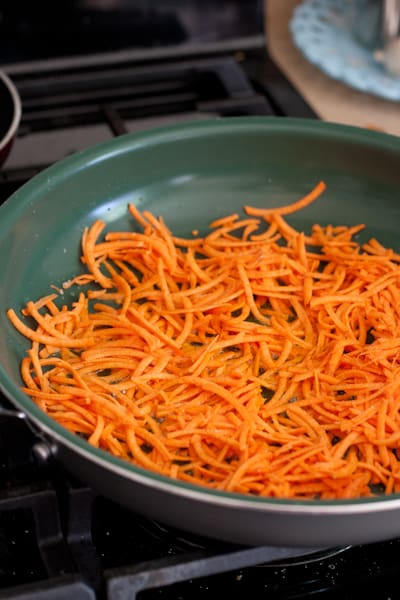 My egg hater also has lukewarm feelings toward sweet potatoes. You can imagine her delight when I put it all on a pizza — one of her favorite foods. *snicker* 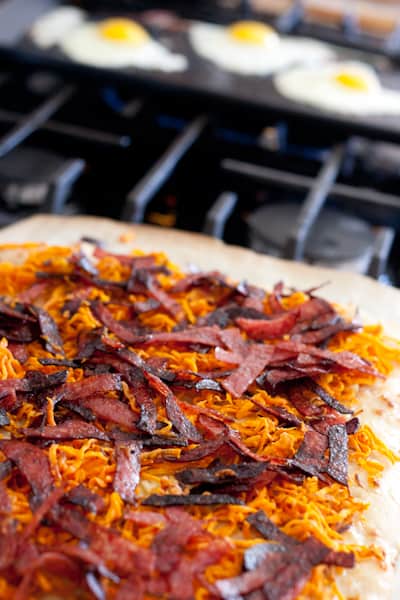 She does love salami though. I’ve made this with breakfast sausage before, but all I had on hand was salami leftover from a big family party. I cut them into pieces and toasted them in a pan before putting them on the crust.

She was absolutely, 100% convinced it was bacon. We even argued over it. Luckily she likes both salami and bacon so this was a silly issue. 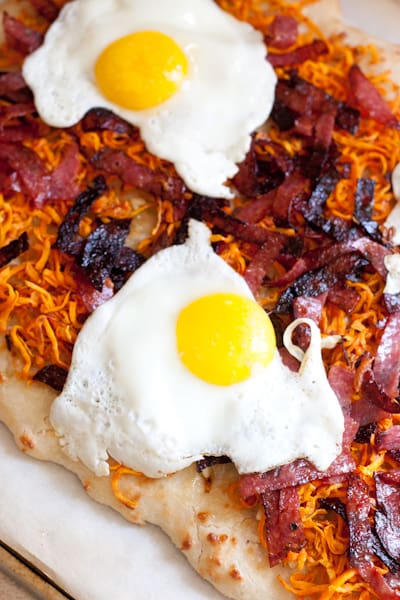 But she’s not a fan of eggs, unfortunately — unless they’re scrambled and buried underneath so much ketchup you can’t tell what it is. *facepalm* 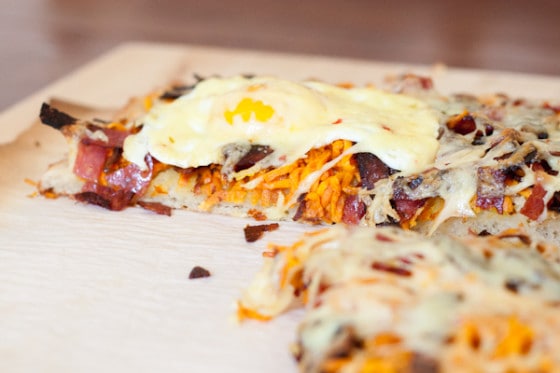 This time when I told her I was making pizza she asked me if it was “real” crust. I told her it was real, and that I don’t make fake food. Then she asked if it had “cauliflower or anything like that” in it. Nope. It didn’t. After one bite she yelled, “It’s real crust! yay!’ If by “real” you mean gluten-free and grain-free, then yes, it’s real.

Speaking of the crust, I used the NY Style Paleo Pizza Crust by Zenbelly. Hands down the most realistic paleo crust I’ve tried. I tripled the recipe and tweaked it ever so slightly to feed my little herd. The recipe may look a bit long and daunting, but it’s just because there are a lot of components. It’s all easy. Promise.

Prep Toppings (this can be done while the dough is rising): Assemble pizza: 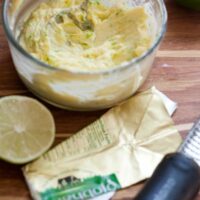 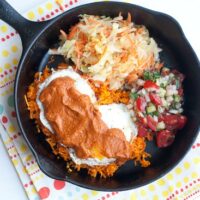 Thanks for this recipe! It was definitely better than I expected with a grain free crust & the leftovers are excellent too.

Hi Janell! So good to hear from you! I was actually thinking about you a few days before you commented. Funny. :) Yes, our little tribe has expanded. Never a dull moment around here!