How to Make Everything Bagel Seasoning 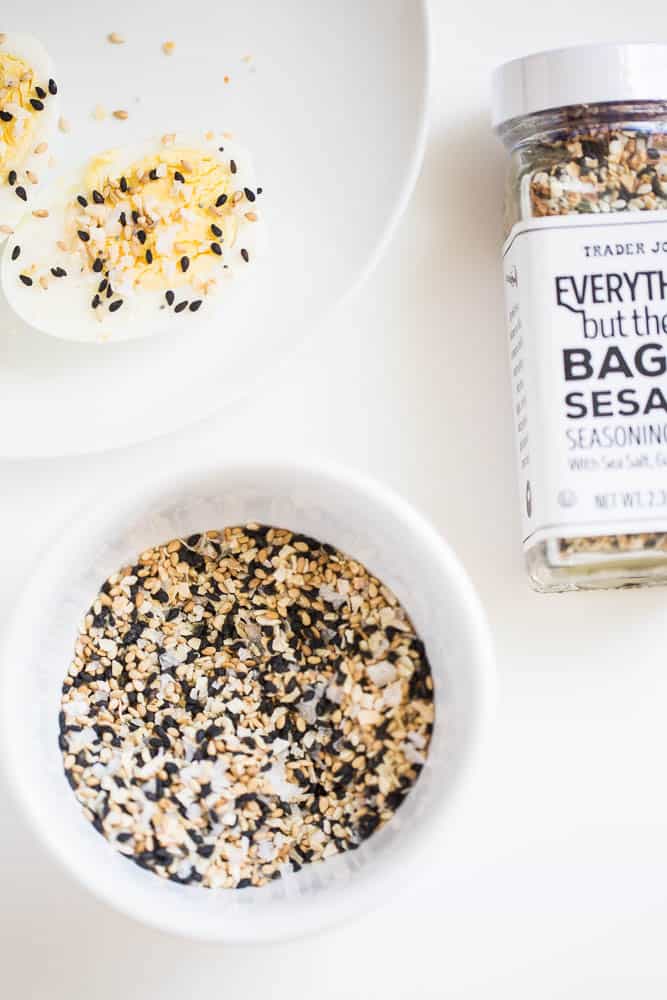 Everything Bagel Seasoning is having a moment, isn’t it?

What is Everything Bagel Seasoning?

Everything bagel seasoning is simply the seasoning that is used on everything bagels — you know the ones with all of the sesame seeds, poppy seeds, garlic flakes and such?

Trader Joe’s started selling “Everything But the Bagel Seasoning” — essentially the seasoning you put on everything bagels, and it sort of exploded on the internet and appeared in other stores, too.

It’s brilliant, really. Luckily for those who are avoiding bagels and other carby/gluteny things you can have that same flavor on other things!

After seeing all of those who didn’t have a Trader Joe’s nearby lament about not being able to get any EBS, I was determined to help you out. Yeah, Everything Bagel Seasoning has an acronym now. #arrived

After I figured out the best (modest, I am) Everything But the Bagel Seasoning Recipe, I was so excited to share this recipe with you!

Why is this version the best version?

The key to making a good batch of is getting all of the components roughly the same size. Don’t make substitutions — like using granulated garlic or regular salt — or else it’ll all settle to the bottom and the flavor won’t be quite right. 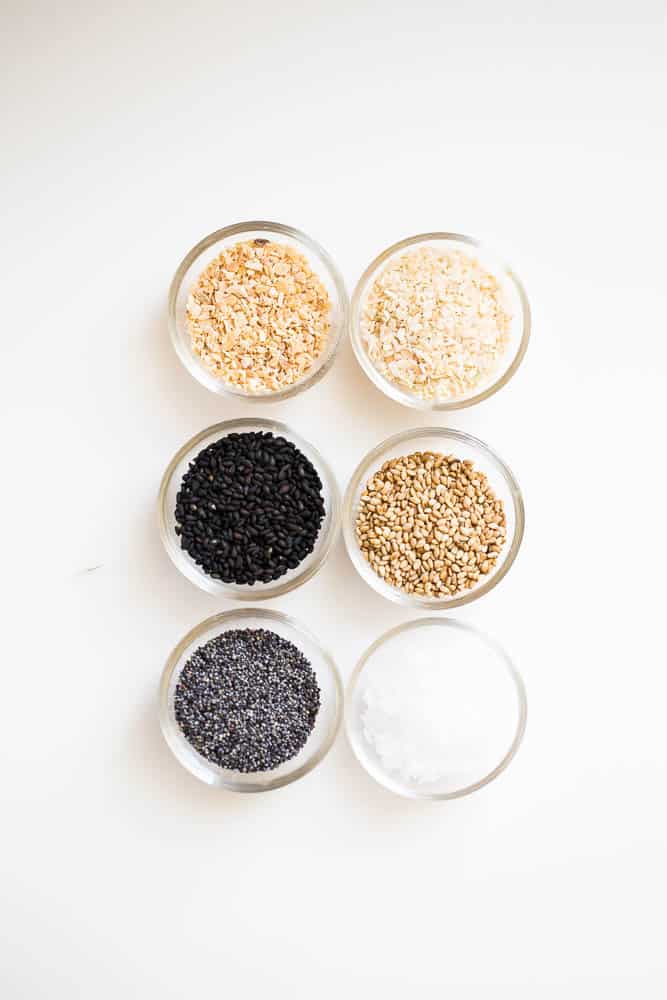 What’s in Everything Bagel Seasoning? 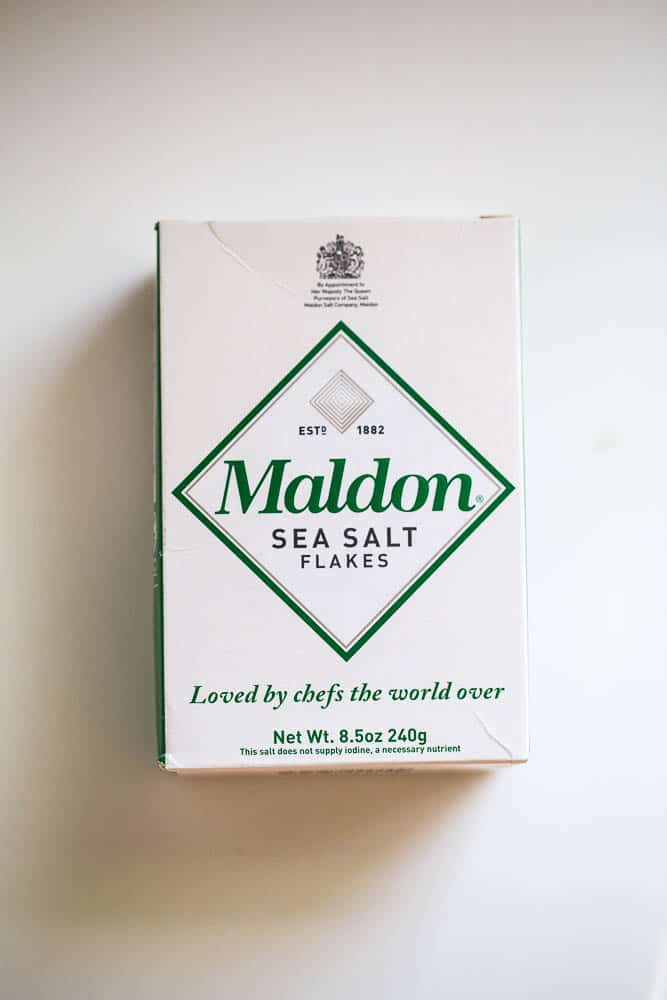 Sea salt flakes aren’t like other kinds of salt — they’re light and crispy and definitely not rock-like. And the flavor is so good. I’m kind of a salt-snob now after bouncing from Kosher salt, to fine sea salt to Himalayan pink salt. I can’t even use regular table salt anymore — except for homemade play dough.

I highly recommend using Maldon sea salt. I got some coarse sea salt and it was like biting into little rocks. I found this at a regular (nicer) grocery store, and realized later it was cheaper on Amazon. *facepalm*

Also, if you happen to have a kid who likes to eat salt, I would hide this very well. Just saying. 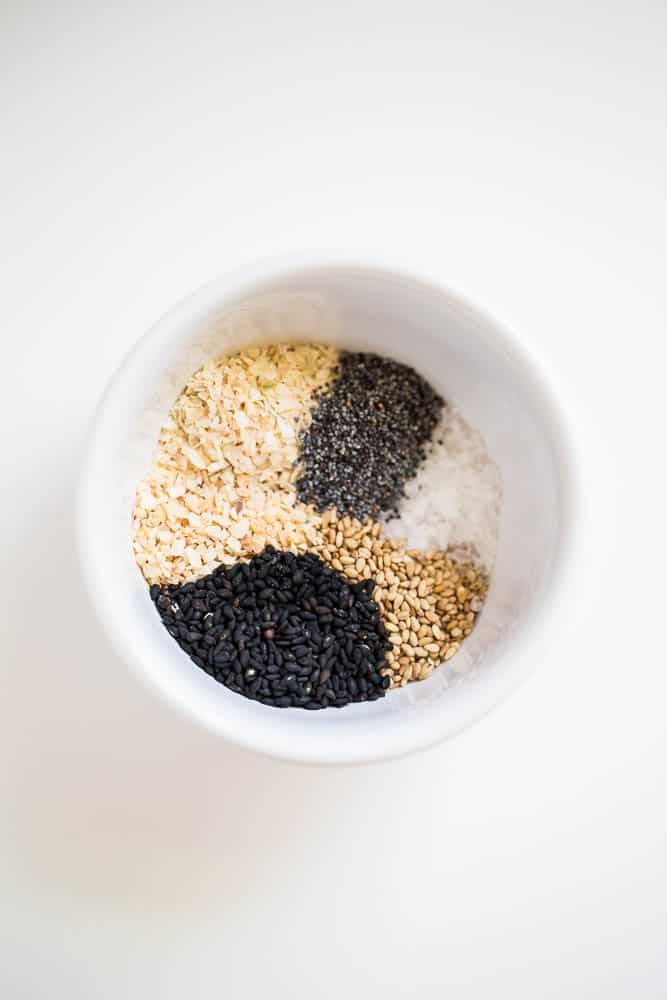 Can you double or triple the Everything Bagel Seasoning?

This particular recipe makes a scant 3 Tablespoons, but you can double or triple it to fill a small mason jar. I added measurements for a pint jar and a quart jar in the recipe.

Yes, quart. I made a (mostly full) quart jar of this.

You’ll probably want to because once you start sprinkling, it’ll find its way on just about everything you eat. It’s one of my all-time favorite seasoning blends.

If you’re a keto eater or eating gluten free or grain free, smearing a hard boiled egg with cream cheese and a sprinkle of this is heaven. Seriously. 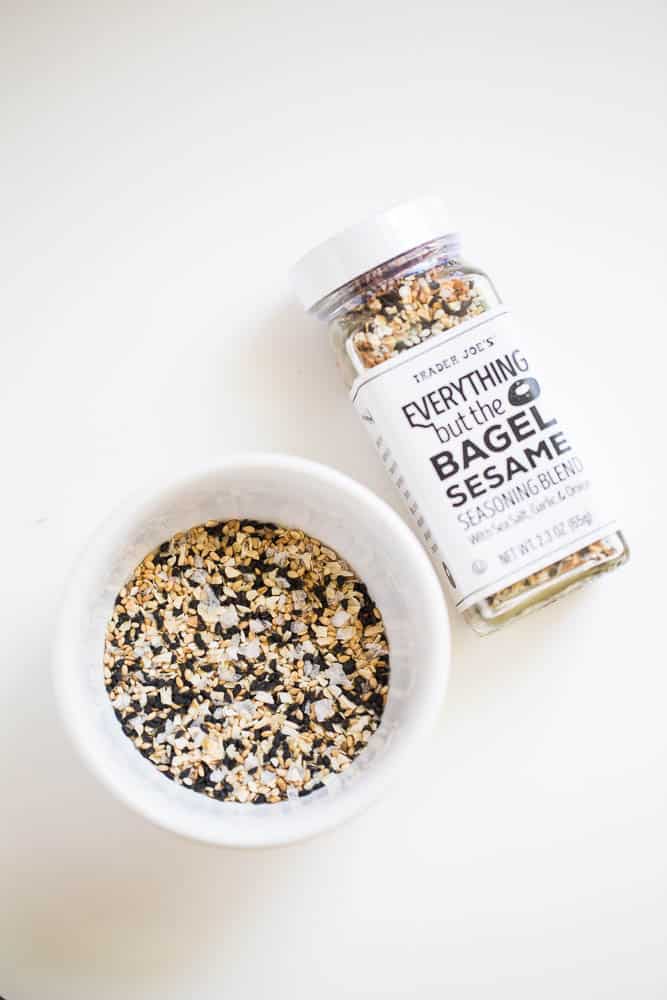 How to Use Everything Bagel Seasoning

I’d love to tell you a dozen things I put this on, but I’m kind of a one or two trick pony.

90% of the time I put it on hard-cooked or scrambled eggs and eat them for breakfast. Or a snack. Here are a few other things to put it on:

No matter how many uses you have for it, it’s well worth making a little extra.

Have you jumped on the everything bagel train? I’d love to see how you use it as I’m always looking for new ways myself!

To make about 3 Tablespoons:

To make about 3 cups

Combine everything thoroughly and store in an air-tight container at room temperature. Sprinkle on hard-boiled eggs, avocados, over salads, or anything else you wish!

1. Don't make any ingredient substitutions that will change the texture of the ingredient -- like using granulated garlic instead of dried minced garlic. If the components aren't the same size and texture the mixture won't stay blended well and the taste will be off.

2. I used toasted sesame seeds which gave the blend a slightly more pronounced sesame flavor. You can use either toasted or untoasted.

3. If you don't want to buy black sesame seeds, you can substitute white sesame seeds and the flavor will be about the same.

Disclosure: This post contains an Amazon affiliate link. Purchases made by using these links don’t cost any extra and provides Perry’s Plate with a few pennies to keep the lights on. 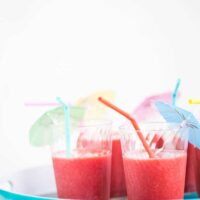 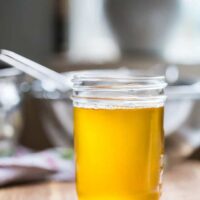 Next
How to Make Ghee (It's easier than you think.)
Click here to cancel reply.

Hi Natalie, poppy seeds are not available in Singapore. Do you have any suggestions on what would make a good substitute. Thanks in advance.

I prepared it and it’s a Perfectly great! Now I don’t need to order it from abroad 🫣🤩 Thanks for the recipe 🍁💕

Nat, How can I modify since I’m allergic to sesame? Thanks

Leave out the sesame seeds? I'm not sure what else you could do. Maybe replace it with a little bit of flax?

Does it have salt. ? Good salt? Bad salt

I am finding that the poppy seeds settle to the bottom so I shake the container before using. I think I will run larger ingredients through my spice mill next time I make it. Thanks for the recipe!!