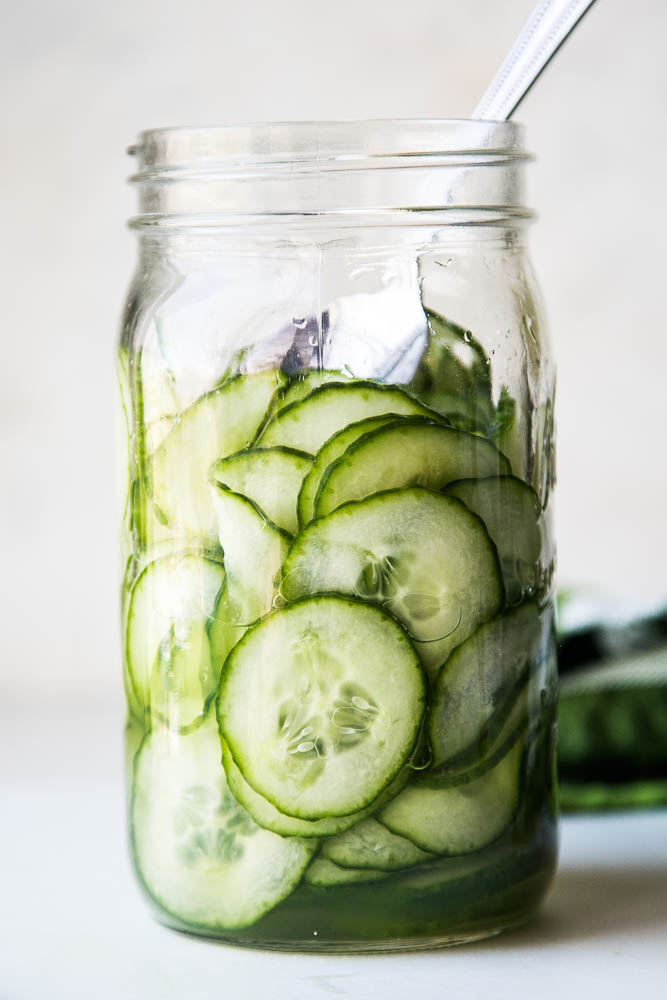 These marinated cucumbers are BY FAR the most-often made side dish in our house.

Who knew that cucumbers and vinegar could be such a magical combination? They’re fast and easy for a weeknight side dish or a light summer salad and everyone loves them!

Would you be surprised if I told you I had eight different kinds of vinegar in my cupboard? Before I lived in Europe, my experience with vinegar was limited to dying Easter eggs.

And that’s exactly what I thought about when I smelled the simple oil and white vinegar dressing on the salads I ate in Austria.

I tried to suppress my egg-dying thoughts, not wanting to offend my sweet elderly hostesses by scrunching my nose. Then I grew to love vinegar’s bite. Kind of like how I grew to love plain sparkling water. And this simple marinated cucumber salad recipe. 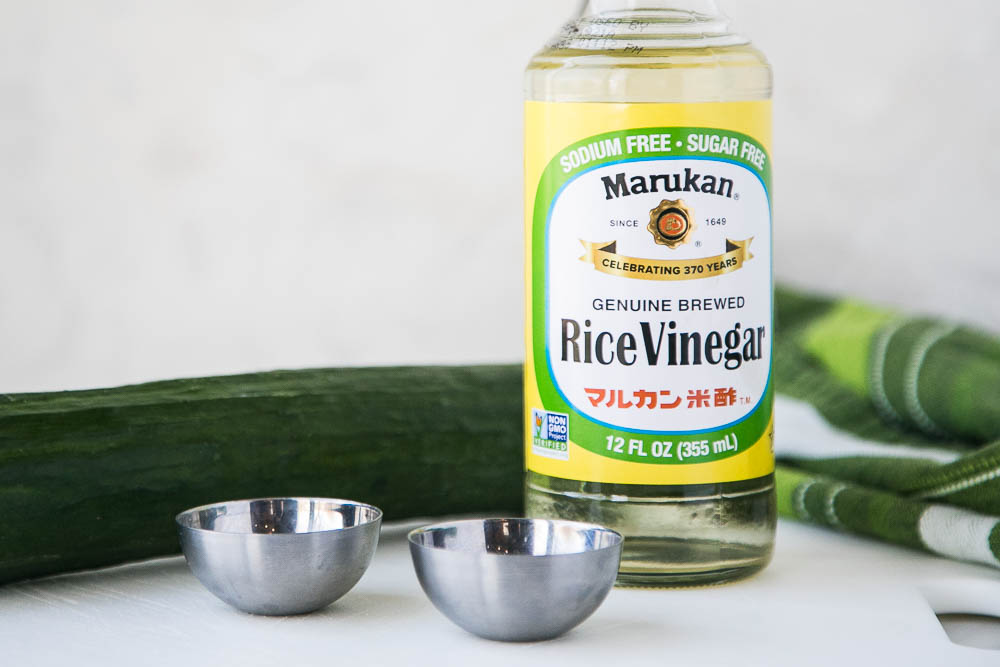 How to make Cucumbers and Vinegar

This recipe is beyond easy. You only need a few things:

You slice the cucumbers as THINLY as you can and then toss everything else together with a little water and BOOM. Done.

Here, watch how easy it is! 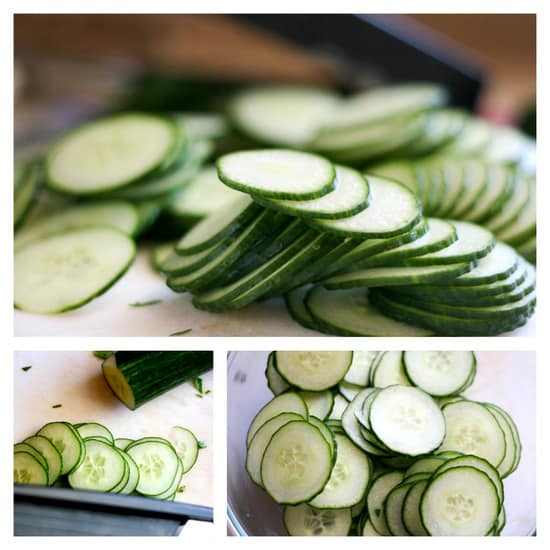 I think marinated cucumbers helped me to love vinegar. It’s a popular side dish in Austria (and Germany, too, I think).

To make this extra good you’ll need extra thinly sliced cucumbers. And make sure you have a fresh cucumber, too.

How to slice cucumbers extra thin

Have you bought a mandoline slicer yet? It’s the answer.

Seriously, what are you waiting for? That one I linked to is similar to the one I have. Mine’s old and doesn’t exist anymore, but it still does a great job.

I use it for these cucumbers ALL the time and for making veggie chips, like Crispy Sweet Potato Chips.

Seeing all those super-thin uniform cuts makes me super happy. Unless I cut myself… which I’ve only done once this month. And it wasn’t that bad. I was still happy about the uniformity, despite the blood spewing from my finger. #priorities

You could also use a slicing blade of a food processor or a good old-fashioned knife and cutting board.

It’s way slower by hand and you won’t get them really thin and uniform looking. But if you’re cool with that, then go for it. 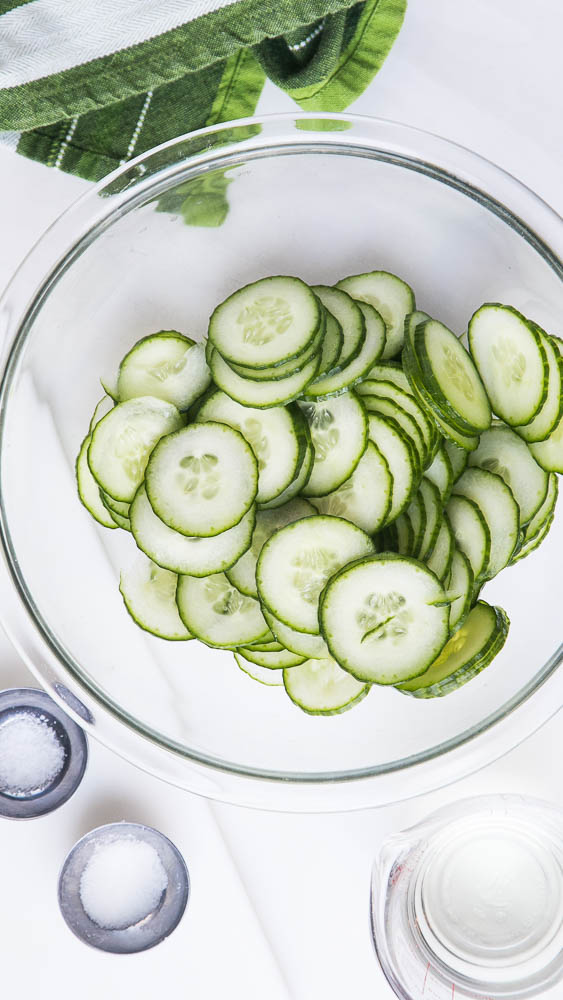 These cukes are basically going to soak in vinegar water that is seasoned a bit. I like my cukes marinated in a mixture of one part vinegar and one part water with some sugar and a little sweetener added. You can adjust it however you like.

What else can you add to marinated cucumbers?

You could even add herbs like fresh dill, cilantro, or parsley.

A friend of mine adds some sour cream to make a creamy version. That sounds heavenly.

How long do marinated cucumbers last in the fridge?

Then cover and refrigerate — the longer it sits, the better it gets. Until it gets slimy. Don’t wait that long.

They’re really good on day 2 and 3 especially. But you can keep them in there for about a week.

I also wanted to mention that I usually avoid white sugar like the plague when preparing our everyday meals and snacks. Most of the time I use coconut sugar or Lakanto monkfruit sweetener when I make these. Honey doesn’t easily mix evenly, and my stevia is super-concentrated. I didn’t want it tasting like cucumber candy. 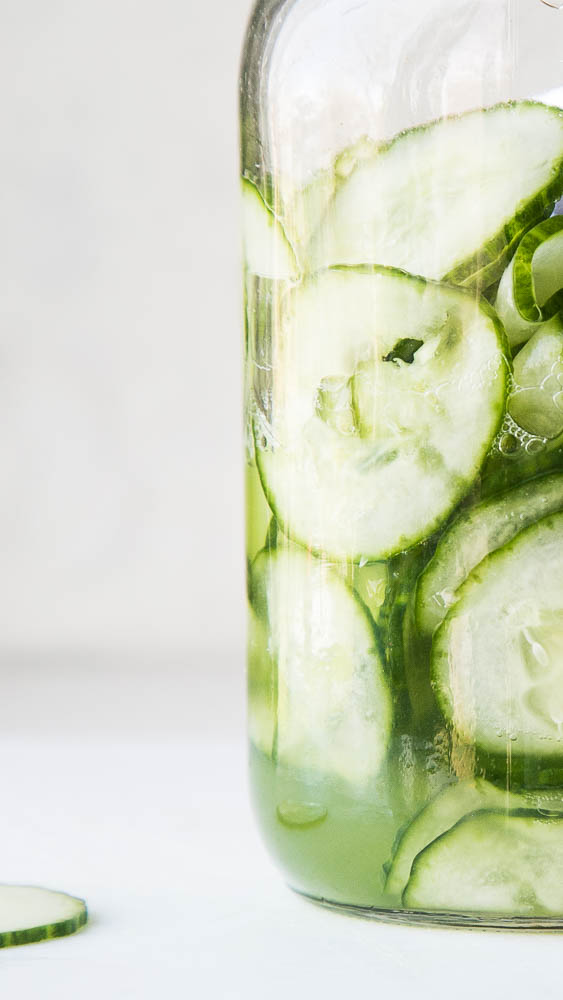 What to serve with cucumbers & vinegar?

This easy (gluten free!) side dish adds some freshness if you’re eating something that’s really meaty or heavy. They also belong underneath a couple of fried eggs for lunch. Or with shrimp and pico de gallo.

I’ve made it for my kids a few times and they eat them like potato chips. (Especially the one who really likes pickles.) We especially love these cucumbers with our Sunday California Roll Sushi Bowls.

They’re also REALLY good along side my Grilled Moroccan Chicken.

Disclosure: This post contains an Amazon affiliate link. Purchases made by using these links doesn’t cost you any extra and helps to keep my content free. 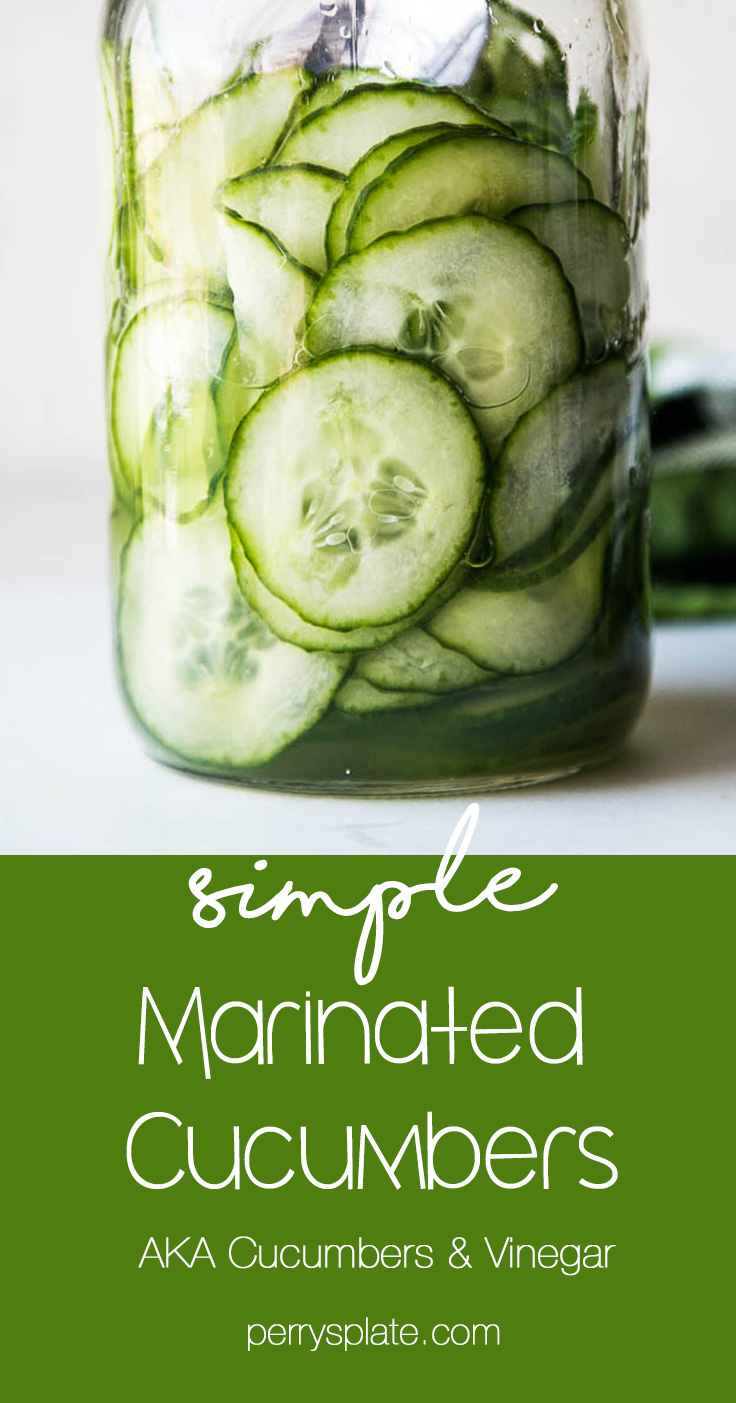 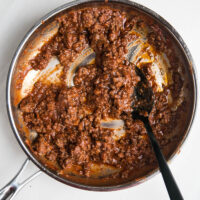 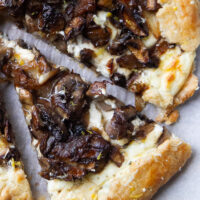 While staying in Holland for a couple months, I first learned of this simple, excellent side dish. My hostess did process the fresh cucumbers before marinating them. After slicing them thinly, she spread them on a large plate, salted them lightly, covered them with another plate, and then put something to weigh down the top plate to press out extra water. That step shortened the time needed for marinating.

I'm not a fan of honey. I'm almost 63 and I thought I knew what I liked and didn't like. I found this site searching for the simple vinegar and honey mix that I happened across a month ago. I used rice wine vinegar and honey. I think that's all that went into it. Only reason I ventured a try is because I now know how much better honey is when you spend $15 for a 16 oz mason jar from the bee man down the road. Unreal. Perfect mix with rice wine vinegar. I don't remember the ratio, but I can wing it after looking at this. I saw dill listed and I will toss some of that in, too. Another thing I have tried to develop a taste for, is yogurt. My taste has changed. I can't get enough of that stuff! Back to my cukes. Wish me luck!

There are a lot of online calculator you can use. Thanks Cheryl!

My mom always put the sliced cukes and some onion in a frying pan with enough water to boil them just until they were a little soft! Then drain and put them into the vinegar mixture! Chill them, and They are delicious!

Oh wow! That sounds interesting. I may have to try that. Thanks Janet!