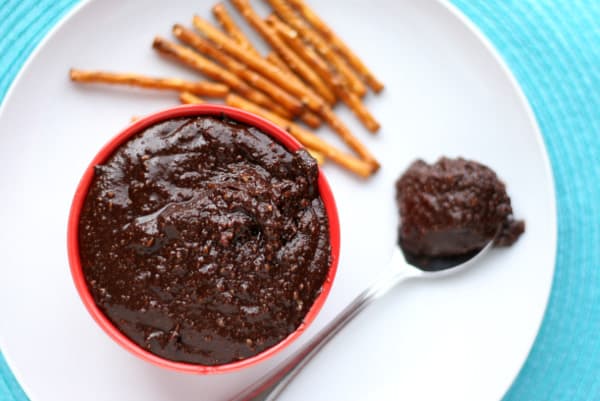 I know, I know, the thought of trying to replicate the culinary icon that is Nutella may be blasphemous to some. For what it’s worth, it gave me yet another reason why I love my food processor more than my stand mixer.

And it only takes 5 minutes to make — a lot quicker than running to the store. 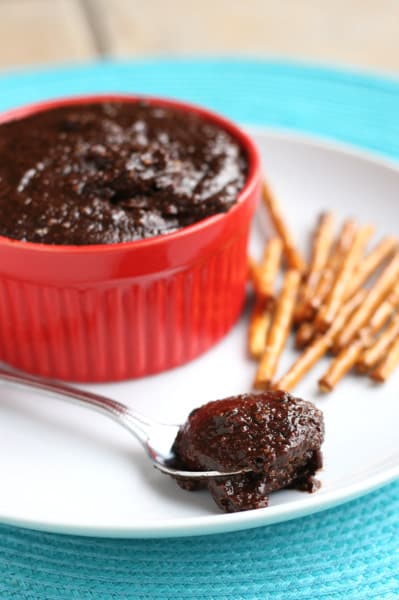 I really love Nutella. I love Nutella more than I love bacon. (Whoa. I know.) I’m seriously lacking in Nutella recipes, but for a good reason. I don’t like to dilute it. I’d much rather dunk some pretzels in it (or eat it straight out of the jar with a spoon) than to add a bunch of stuff to it or bake with it. 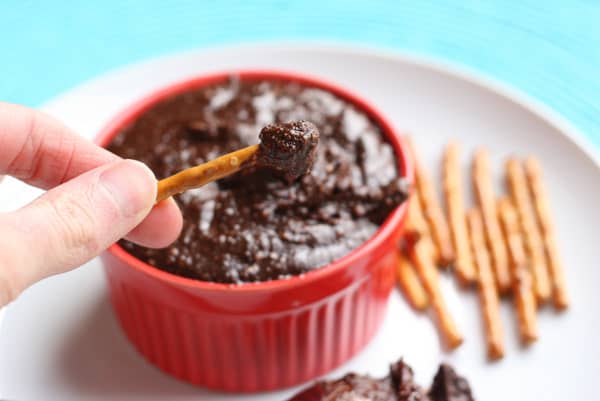 You’re probably wondering if this really tastes like Nutella. Well… kind of. I wouldn’t say it’s better or worse than Nutella, just different. It’s like a darker, richer, coarser version of Nutella that sits better in my stomach. You know what else I like about this recipe? It’s mostly made of nuts. If you look at Nutella’s ingredient list, the first ingredients are sugar, then oil, then chocolate & nuts.

The homemade version is mostly nuts and the amount of sweetener is entirely up to you. The original recipe suggested using agave nectar, but I’m still on the fence with that one. As heavily processed as agave nectar is, I’m still not convinced of its virtues. It’s probably better than white sugar — I’ll give it that much. Better to go with raw honey, though.

Will this replace Nutella in my house for the rest of my life? Probably not, but it might hold me over a bit longer between jars. And I’ll feel a smidgen better about eating a whole cup of it.

Try it out! I’m curious to know what you think! 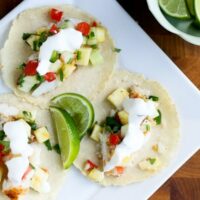 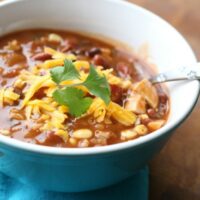 You might like to try substituting the roasted cocoa for RAW cacao too-then it would be a superfood...

Have you ever made this in your blend tec? (Don't you have one?)

Yes, I have one, but I've never made this in it. If I was going to, I'd definitely use the twister jar.

These is great homemade nutella! It was my all time favorite spread for toast.

I'm utterly ashamed that it has taken me this long to comment on this post... I really like that the homemade version has texture, oh and that the first ingredient is not sugar!

Have you given Biscoff another shot yet?? I'm kinda addicted to the cookies!

No, I haven't bought anymore Biscoff yet! It's on my husband's black list (because he can NOT stay out of it). Maybe I'll sneak a jar and hide it from him so I actually get to eat some. :)