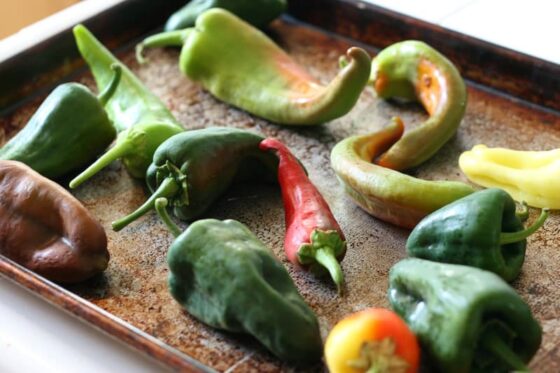 Pretty, aren’t they? I’ve always thought that peppers and chiles are some of the prettiest vegetables. Red bell peppers in particular.
One weekend I had these beautiful multi-colored peppers (mostly Anaheims and poblanos) from our CSA box and wanted to do some kind of chiles rellenos dish. Only I didn’t want to fry them.
Or eat four pounds of cheese for dinner.
I found Pioneer Woman’s recipe for Lazy Chiles Rellenos which layered the chiles, cheese and had a mixture of eggs and milk poured over the top. It reminded me of a breakfast casserole. I liked the “laziness” of layering everything instead of stuffing chiles, but I didn’t want a breakfast casserole. I wanted some kind of crust. Like the crust of something fried without frying it. (The ultimate dream, right?)
Then I found Roasted Chiles Rellenos in The Roasted Vegetable, in which the chiles were stuffed with cheese. Then a mixture of mostly whipped egg whites was spooned on top of the chiles followed by baking.

So.
I took the lazy layering aspect from Ree’s recipe and combined it with the whipped egg topping from Andrea’s recipe. Then I added tomatoes. Because I had some. And they made it prettier.
We really like this! (Clearly. The four of us ate the entire pan.) We ate this for dinner with a green salad, but I think it would be awesome as a brunch. You could even roast the chiles the night before and layer everything except for egg mixture, which could be done really quickly in the morning.
My husband, even though he enjoyed it, thought the tomatoes threw off the whole chiles rellenos concept. I guess he’s a purist. 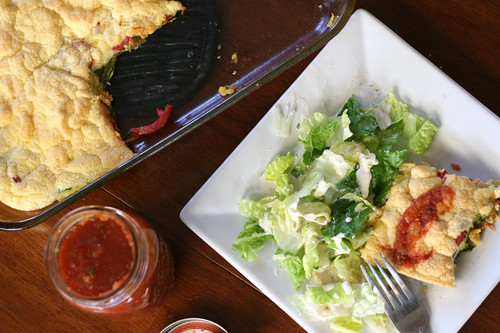 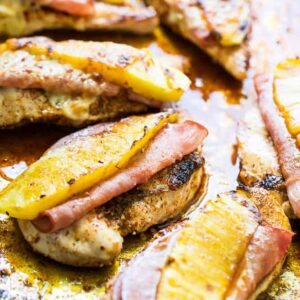 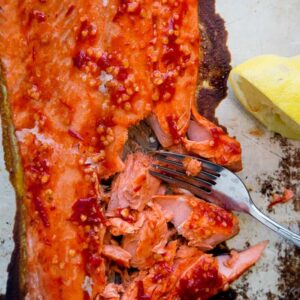