Have you ever made something from scratch that you would normally buy at the store and and then kicked yourself in the shins because it was easy and cheaper and healthier than its store-bought counterpart?

I have many times.

Only I didn’t actually kick myself. Shin kicks are brutal. I prefer mental kicking.

Making my own taco seasoning was a revelation! I haven’t bought one of those packets in years.

So was making chicken broth. When I started buying cleaner chickens it eased the pain knowing the higher price also included 4 quarts of broth from the leftover bones.

And homemade vegetable broth simply blew my mind — making broth from scraps that would normally get tossed? GAH. Why hadn’t I been doing this all along?

I make and freeze pasta sauce, too. I loved all of these homemade staples that I made a category in my index called Homemade Staples just for such things! 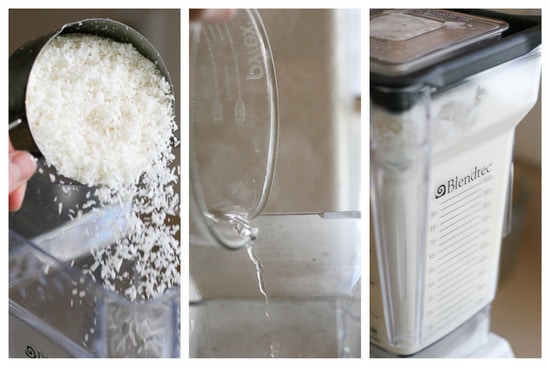 And now I can add coconut milk on my list. Making coconut milk (and almond milk) were major reasons for buying a jet-powered blender.

I think you could use a regular blender for this, but the milk might not be as rich. (I’ll try it soon and let you know.) 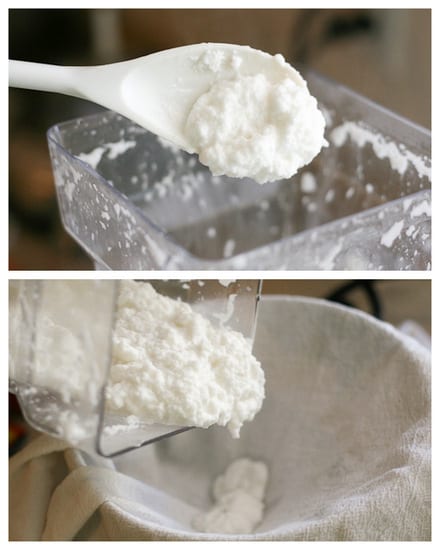 After you blend up the dried, unsweetened coconut and water, put the mixture into cheesecloth or a really thin kitchen towel (like the flour sack kind. I love those.)

While you’re squeezing it out, your 5-year-old daughter might walk by and tell you it looks like you’re milking a cow. 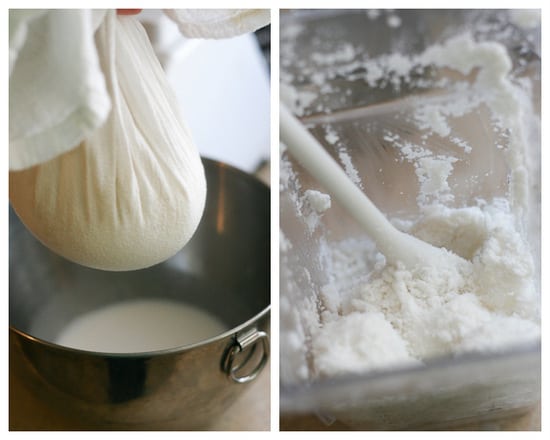 Note to self: take her to see an actual cow being milked.

Then put the squeezed coconut back into the blender with half the water you put in the first time.

Proceed to “milk” it again. *snicker*

Sweetening and/or flavoring the milk is optional. We used vanilla and a little maple syrup once and it was fabulous!

Coconut milk not your thing? Try making milk from soaked nuts or even hemp hearts! I’m dying to try this Homemade Hemp Milk Recipe from Go Dairy Free — sweetened with maple, even. 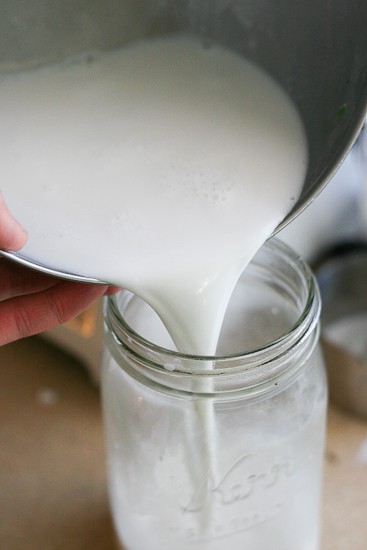 If you’ve wanted to make your own coconut butter, go check out Erin’s recipe for Homemade Coconut Butter over on Texanerin. It’s one of my favorite alternative baking sites!

Note: If you'd like to use this as a beverage, thin it out 1:1 with water or until it suits your taste. 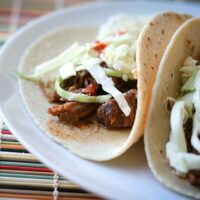 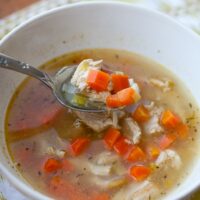 I made terrific almond milk in my new Blendtec and now am making a combination almond/coconut milk.k.The results are divine in my morning coffee. I dried the dry meal in the oven for several hours. Anyone have suggestions for the meal/flour? Also what is the benefit of "milking" the used coconut a second time? Barbara

Have you ever tried making paneer (Indian cheese) or riccotta cheese? It is so ridiciously easy that I am really annoyed at myself for buying it for years! Basically you boil milk, stir vinigar in and strain the curldles. When making paneer you press the curdles, when making ricotta you use it as is.

It says I need three cups of water. Does that mean that I use 2 for the initial blending and 1 for the subsequent blending?

It's actually a great and helpful section of details. We are satisfied which you shared this beneficial details along with us. You need to stop us educated in this way. Many thanks expressing.

I love having this recipe, because I cannot find coconut milk that does not have the ingredient carrageenan in it...which is an ingredient in a lot of Organic food, from what I've been reading... I recently returned my unopened containers of Trader Joe's Brand for that very reason and switched to coconut water for smoothies, but today I had a recipe that called for coconut milk, so I thank you for this. Luckily I already had the coconut at home and a fairly new Vitamix Blender.